Sear Restaurant in the Avant Building is accusing Uniland Development Co., which owns the building, of a 'litany of bad business dealings.' 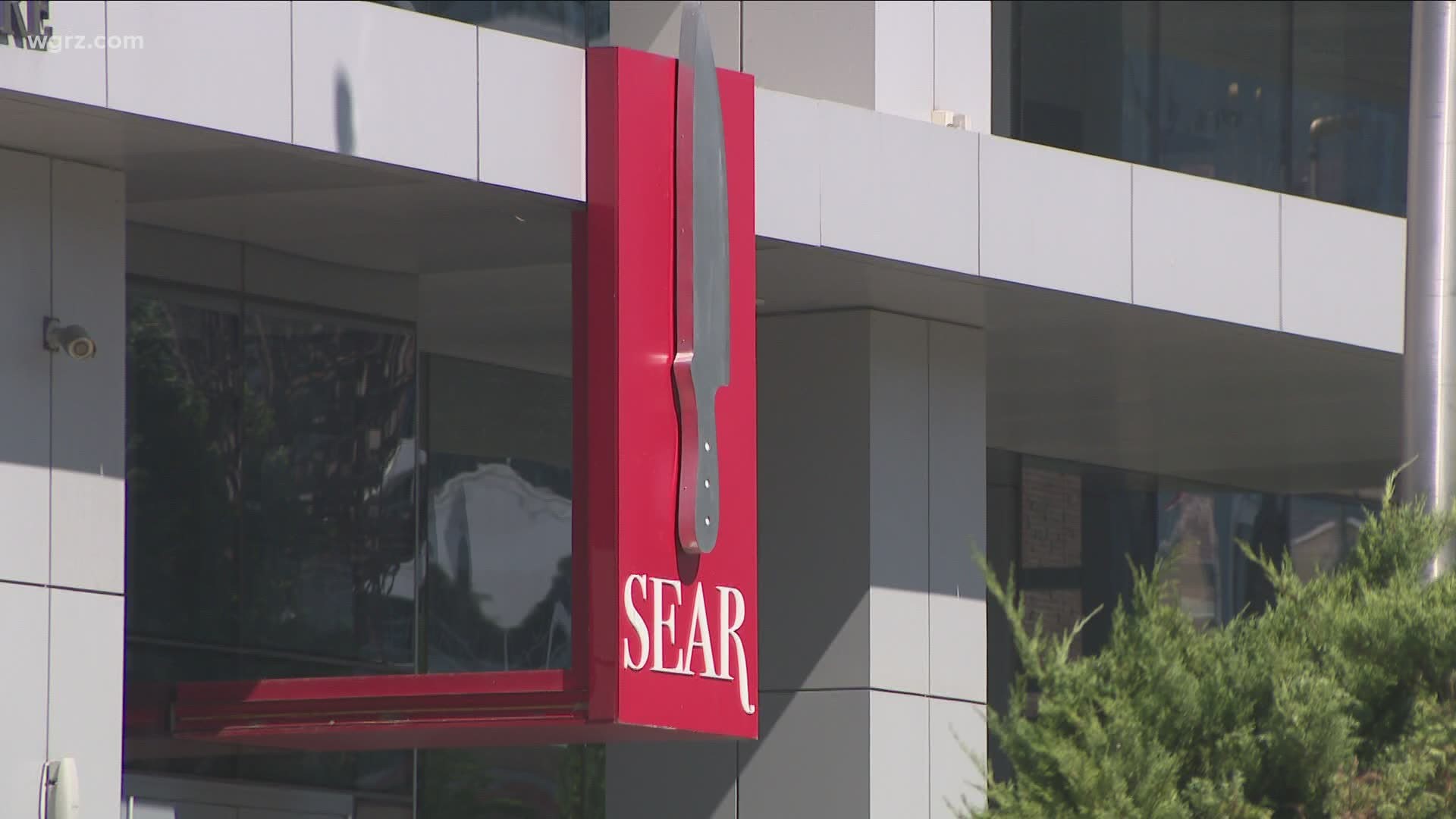 BUFFALO, N.Y. — A steakhouse in the City of Buffalo is suing its landlord over a long list of grievances.

Sear Restaurant in the Avant Building is accusing Uniland Development Co., which owns the building, of a "litany of bad business dealings." The owners and investors of Sear filed the lawsuit Wednesday in state Supreme Court.

Sear's owners say since the restaurant opened in 2016 Uniland's actions have hindered their business efforts and abilities. The owners go on to cite several incidents including a building power outage, three overhead water pipe failures and a sewer drain backup, resulting in roughly $9,000 worth of damage.

The owners also say Uniquest did not provide Sear with mandated COVID-19 protocols, which includes updated virus-cleaning protocols for the public restrooms.

“Notwithstanding the unsafe conditions and Governor Cuomo’s Executive Orders, which prohibited Sear from operating its restaurant, Uniquest still attempted to recover the April utilization fee in its April 7, 2020 invoice to Sear,” the suit states. “In fact, given the COVID-19 pandemic, Uniquest was legally obligated to prevent Sear from performing on its premises during April 2020.”

Sear also states that Uniquest invoiced Sear for the May 2020 utilization fee, although Western New York had yet to enter Phase One of reopening. Hotel operators are also accused of sending Sear invoices for additional charges that Sear's owners say was not part of their responsibility, such as all state fire inspection, grease trap cleaning, changing plug and GFCI receptacle, drain repair, bar drain repair, Chex Mix, water and soda, and audits and evaluations.

Uniquest allegedly tried to take Sear's furniture, fixtures and equipment after Sear allegedly failed to pay the utilization fees during the COVID-19 pandemic.

“Sear’s partners, despite adhering to the contract, have been put through the ringer by a property owner that withholds payments, sends invoices for charges outside their agreement, and generally hinders running a successful investor-led business,” said the attorney representing Sear, Goldberg Segalla LLP Partner Marc W. Brown.

“Sear reasonably sought resolution to the roadblocks Uniquest and Brookwood routinely erect, and now we feel the only way to be able to reopen after the COVID-19 pandemic and serve our loyal clientele is through court intervention.”

2 On Your Side reached out to Uniland for a response and received the following statement:

Uniquest Hospitality, LLC (a division of Uniland Development Company) and Sear are involved in a contractual dispute; however, we have not received any legal papers commencing a lawsuit. In fact, we are surprised to see legal action by Sear because we are currently awaiting a response to our most recent settlement offer. We are also surprised at the false accusations and inaccurate statements contained in Sear’s media release and can only guess they are attempting to damage our fine reputation before they attempt to receive a more favorable settlement in court.

“There’s not much meat in the press release because they don’t have a case,” said Uniland Spokesperson Jill Pawlik. “The facts are that we hired Sear to provide food and beverage services for all of Avant’s guests, from our condominium owners and offices workers to Embassy Suites guests and for private catered events. They simply fell short of those obligations. When Sear was experiencing financial difficulties over the years, we extended every courtesy we could.”

“In June, Sear terminated the agreement, and we are now looking for an operator who can handle the business and provide a great experience for all of our guests,” Pawlik added.

Uniland has built its nearly 50-year business by working closely with business owners to help them thrive. This is as much a sad story for Uniland as it is for Sear and its investors.

A photo from the soft opening of SEAR, a new steakhouse in Buffalo on the first floor of the Avant and Embassy Suites Hotel. (WGRZ Photo/J.T. Messinger)