According to court documents, a state appellate court reinstated the curfew after it had been lifted for those 90-plus restaurants only. 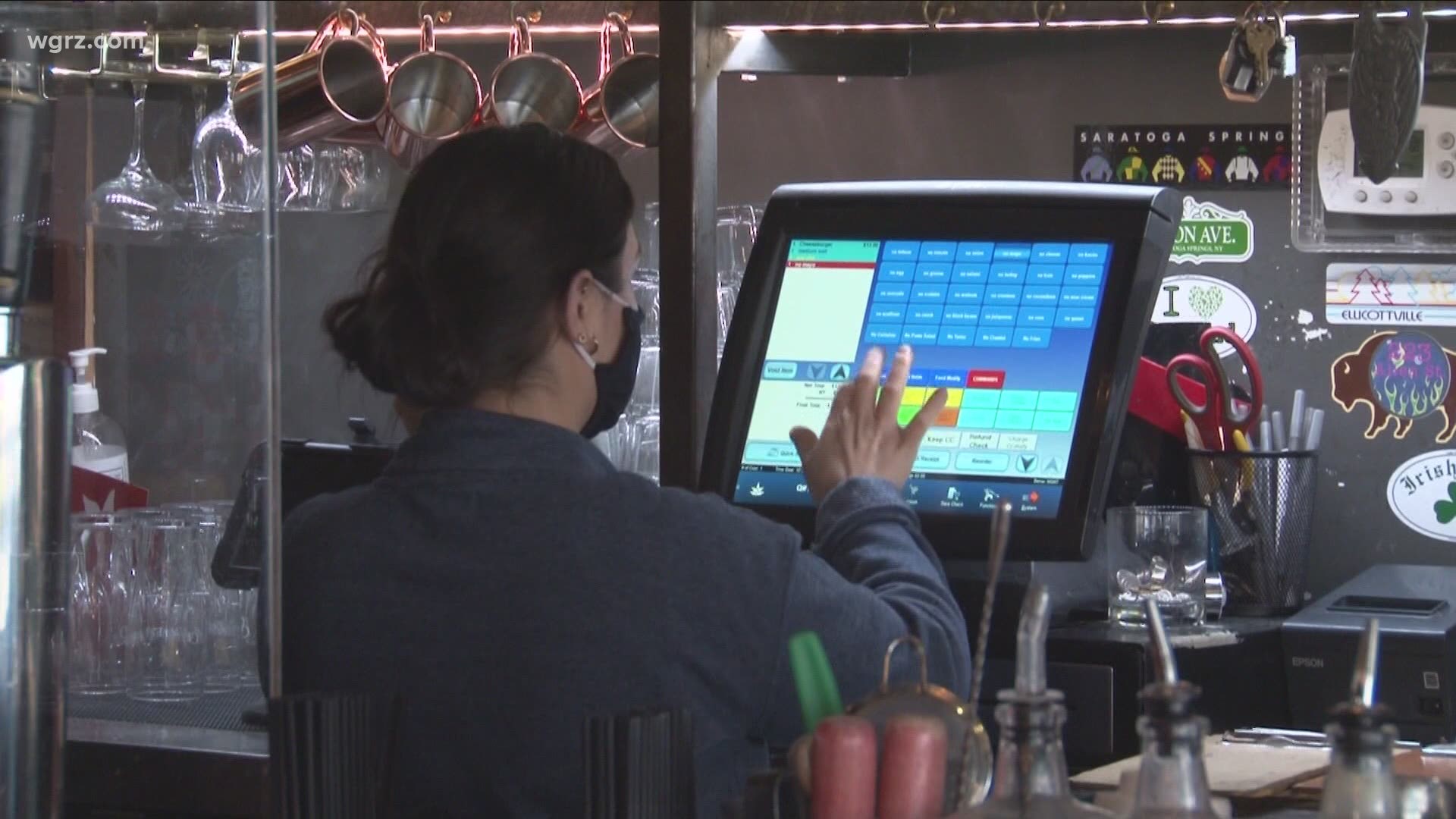 BUFFALO, N.Y. — A group of Western New York restaurants and bars that had won a lawsuit to be able to stay open past New York's 11 p.m. curfew will now have to close at that time again.

According to court documents, a state appellate court reinstated the curfew after it had been lifted for those 90 restaurants only.

Attorney Tom Eoannou, who's not connected to this case, broke down what happened.

"Originally, Judge Walker in his February 27 decision allowed the bars to remain open. This went up to the appellate division, and today five justices of the appellate division sided with Governor Cuomo, and indicated and ordered that all restaurants in Western New York including those 90 must be closed at 11 p.m.," Eoannou said.

He added, "My understanding was that the restaurant owners did a terrific job of showing that being open extra hours scientifically does not increase the risk of COVID. So what the appellate division did was say they have until May 8 to submit their briefs for further argument."

For restaurant owners involved in the case, the decision is disheartening and confusing.

"I'm kind of numb at this point. It's been a roller coaster of emotions the past year. From opening, to closing, to laying people off, to losing a lot of money. It's been very, very difficult, and the biggest impact is our employees and how many people it does affect is the hardest part," said K.C. Mullett, owner of Neat Restaurant in Williamsville.

Mullett told 2 On Your Side the restaurants follow all the guidelines, from social distancing to setting up dividers and more. He said the curfew, along with the rule that you have to order food with alcohol, just doesn't make sense.

This comes as the governor extended that 11 p.m. curfew statewide to May 6.

New York State Senate Minority Leader Rob Ortt and fellow Republicans on Thursday called on that rule to be lifted, calling it unscientific and saying it's killing restaurants.

"I'm disappointed. I'm frustrated, and I'm going to continue to fight for the restaurants and bars of our community," said New York State Senator Edward Rath (R) of the 61st Senate District.

He added, "New York State needs to get its act together. It needs to roll back these restrictions because nothing changes from 10:59 p.m. to 11:01 p.m. in restaurants. ... Let's roll back these crazy regulations, and let's help our restaurants get back on their feet 100 percent."

Meanwhile, State Senator Sean Ryan believes COVID restrictions are going to stay in place at least until the Fourth of July.

"As we get more and more people vaccinated, we can start lifting those restrictions. But right now Western New York is getting a bad case of spring fever, and it's showing in our COVID rates and our hospitalization rates," said Ryan (D) of the 60th Senate District.

When it comes to the 90 plus restaurants involved in the lawsuit, their attorneys told 2 On Your Side that it's not over, and they'll be back to court Friday to continue their efforts to get the curfew lifted.