The New York State Restaurant Association leader says he wouldn't be surprised if 20% of existing eateries cease to exist. 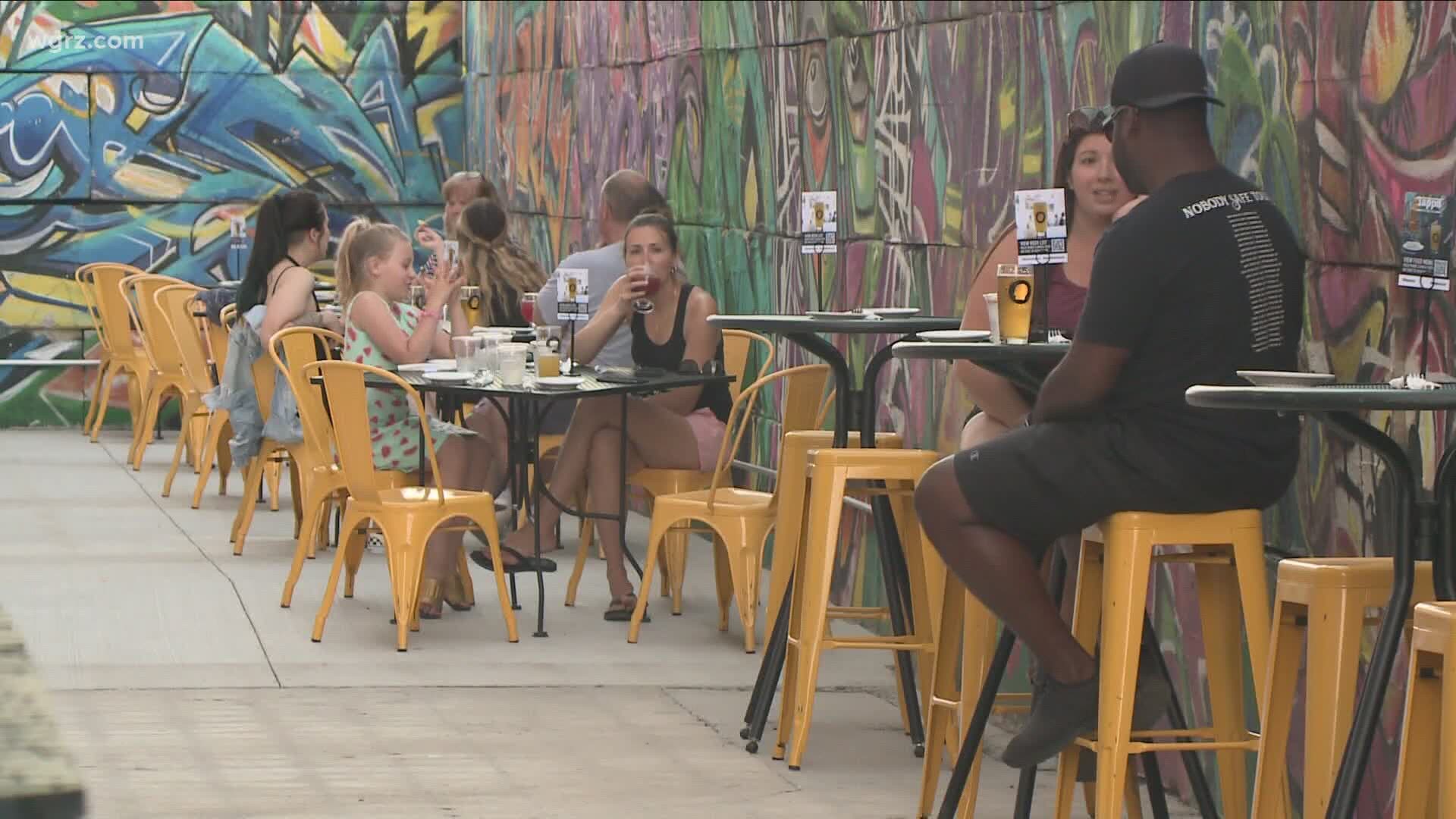 BUFFALO, N.Y. — “The hope was that it was going to be a short-term thing, maybe a couple of weeks,” recalled Rob Free, regarding an executive order from Gov. Andrew Cuomo that shut down indoor dining at restaurants state wide, as part of an effort the curb the spread of coronavirus.

But as the weeks turned into months, an increasing number of eateries did not survive and went of business.

And even when those who weathered the initial storm were able to offer indoor dining again, they are still only allowed to operate at 50 percent capacity.

With the additional costs associated with current regulations, Mr. Free, Chairman of the Board of the New York State Restaurant Association, says he wouldn’t be surprised if one out of every five existing restaurants go under for good.

“Honestly, I don’t think 20 percent would be a surprise to me,” Free told WGRZ-TV. “Anecdotally, from what I’ve heard, that’s probably a pretty good number.”

Free did not have a precise figure in terms of the number of restaurants that have closed their doors for good but said, “It’s going to be a higher number than we would like or that we anticipated. … Unfortunately, for the most part, it’s because of the financial stress and difficulties this has caused.”

Hoping Albany throws them a bone

While some restaurants were able to survive by adapting their business model to serve take-out food, and others found a reprieve by establishing outdoor dining which allowed them to increase their seating capacity, Free notes that lifeline only has so much rope, especially in Western New York.

“The big concern now is that with colder weather coming we will have to contract (diminish) our outdoor dining,” said Free, whose group hopes to convince the Governor to expand the capacity figure for indoor dining above 50 percent before cold weather arrives.

He noted that the request would come at a time when the number of coronavirus cases and the infection rate continues to decline across the state.

“The hope is that we can expand past the 50 percent threshold, and that can be achieved if we can continue to see our numbers go down in New York State and when restaurateurs can show that we are doing our best to be smart and be safe,” Free said.

Free suggested that the prospects for restaurant owners are grim if that can’t occur.

“You could see more restaurants unfortunately go under without an increase indoor seating,” he said.

When one window closes, another may not open, at least for a while

Prior to COVID-19, it often seemed that when a dining establishment closed it wasn’t long before some other entrepreneur would try and make a go of establishing a new restaurant in the same location.

“Yes, that’s very true,” said Free, who is currently in his 16th year with Be Our Guest Ltd., a division of Rich Products and who serves as Vice President for Food & Beverage for the Buffalo Bisons and the Buffalo Waterfront.

But he also believes that under the current climate, that truism will cease for a while.

“I don’t know of too many people would want to start a restaurant right now … that would be a difficult decision,” he said.