The partnership between Tesla and Panasonic in making solar cells at the Gigafactory in South Buffalo will soon come to an end. 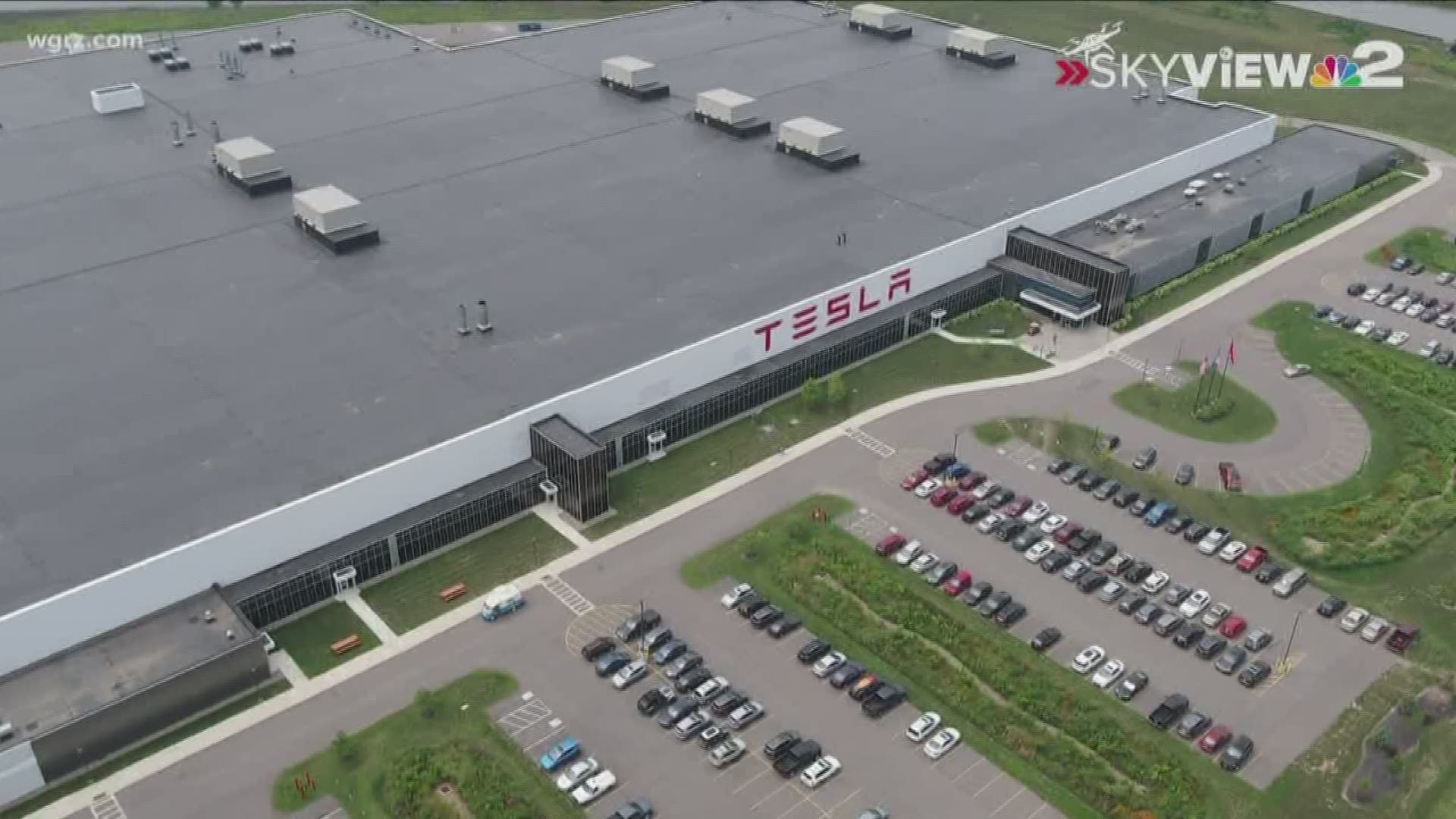 BUFFALO, N.Y. — The partnership between Tesla and Panasonic in making solar cells at the Gigafactory in South Buffalo will soon come to an end.

According to a report by the Nikkei Asian Review, the world's largest financial newspaper, the companies will stop working together to produce those cells in Western New York.

Sources tell Buffalo Business First the Japanese corporation intends to lay off its 403-person workforce in Buffalo in phases this summer. The operation must be decommissioned and cleaned following the May 30 manufacturing shutdown.

"Tesla informed us that they have not only met, but exceeded their next hiring commitment in Buffalo. As of today, Tesla said they have more than 1,500 jobs in Buffalo and more than 300 others across New York State. ESD will perform the necessary due diligence to verify the company’s data.

"This count does not include the Panasonic positions and — while their operations were co-located at RiverBend — there was no incentive package between the state and Panasonic. We understand that Panasonic has made a corporate decision to move away from global solar products, but this action has no bearing on Tesla’s current operations nor its commitment to Buffalo and New York State, according to Tesla.

"While the New York State Department of Labor stands ready with its Rapid Response Team to ensure that any employees who are impacted by Panasonic’s decision are connected to opportunities and resources available in the region, Tesla has indicated that it intends to hire as many Panasonic employees as it can going forward.

"We look forward to continuing to grow employment at the RiverBend site with Tesla."

The Nikkei report says Tesla and Panasonic will continue to work together on making car batteries for vehicles at the plant.

"This is certainly disappointing news," said Buffalo Mayor Byron Brown, who told reporters that he was personally briefed by three Panasonic officials in his office this morning.

Brown seemed encouraged, however, at the lengths Panasonic is going in order to assist effected employees, including a commitment to host at least two job fairs at the plant, and to award the displaced workers up to 16 weeks severance pay.

"Obviously we’re very concerned about the employees and what will happen to them," Brown said.

While Panasonic says Tesla has agreed to try to hire some of the employees who will be laid off, Brown says there was no confirmed number.

Her also expressed doubt that many of them will find work with Tesla in Buffalo, because it claims to have already reached a hiring goal of having 1,460 workers by April, as set forth in an agreement with New York State, which spent nearly $1 billion taxpayer dollars to build and equip the plant.

Last summer, Tesla told 2 On Your Side that workers at the plant were making electrical components for its solar panel's batteries and its electric vehicle charging stations, even as production of solar panels declined.

Empire State Development issued a statement at the time, saying in part:

"Tesla is taking steps to broaden the products it makes at the Buffalo factory beyond its innovative solar panels to include electrical components for its batteries and its electric vehicle charging stations. New York State maintains ownership of the equipment and facility."

Tesla and Panasonic agreed in 2016 to produce photovoltaic cells and modules in South Buffalo. Panasonic paid the costs for part of the equipment.

Production was set to begin in mid-2017, with Tesla saying it would create 1,400 jobs in Buffalo, 500 in manufacturing and plans further expansion at the plant.

Panasonic's final hiring event in July of 2017 drew close to 1,000 people, overwhelming the capacity of the Buffalo Employment and Training Center as job seekers scrambled to compete for positions.

In November of 2018, Tesla said 800 workers were employed at the plant, a 30 percent increase from mid-2018. Half of them, company officials said, worked for Tesla and the other half for Panasonic.

Brown released the following statement on Wednesday, “I met in my office this morning with representatives of Panasonic and was told that they will be ceasing North American solar production. While I’m disappointed by the Panasonic news, I am encouraged by the news from Tesla that they have now hired more than 1,500 employees. I was told Panasonic workers will be employed until the end of May 2020 and that every employee will be paid severance according to their length of service with the company. Panasonic will also offer two on site job fairs with their employees in an effort to assist them with other opportunities.”

Failure to meet that figure would mean Tesla would owe state government $41 million in a penalty fee.

RELATED: Up to 50 jobs to be cut at Tesla plant in South Buffalo