Senator Chuck Schumer advocated for local steelworkers Monday hoping to put pressure on Siemens to sell its facility to another manufacturer and retain jobs. 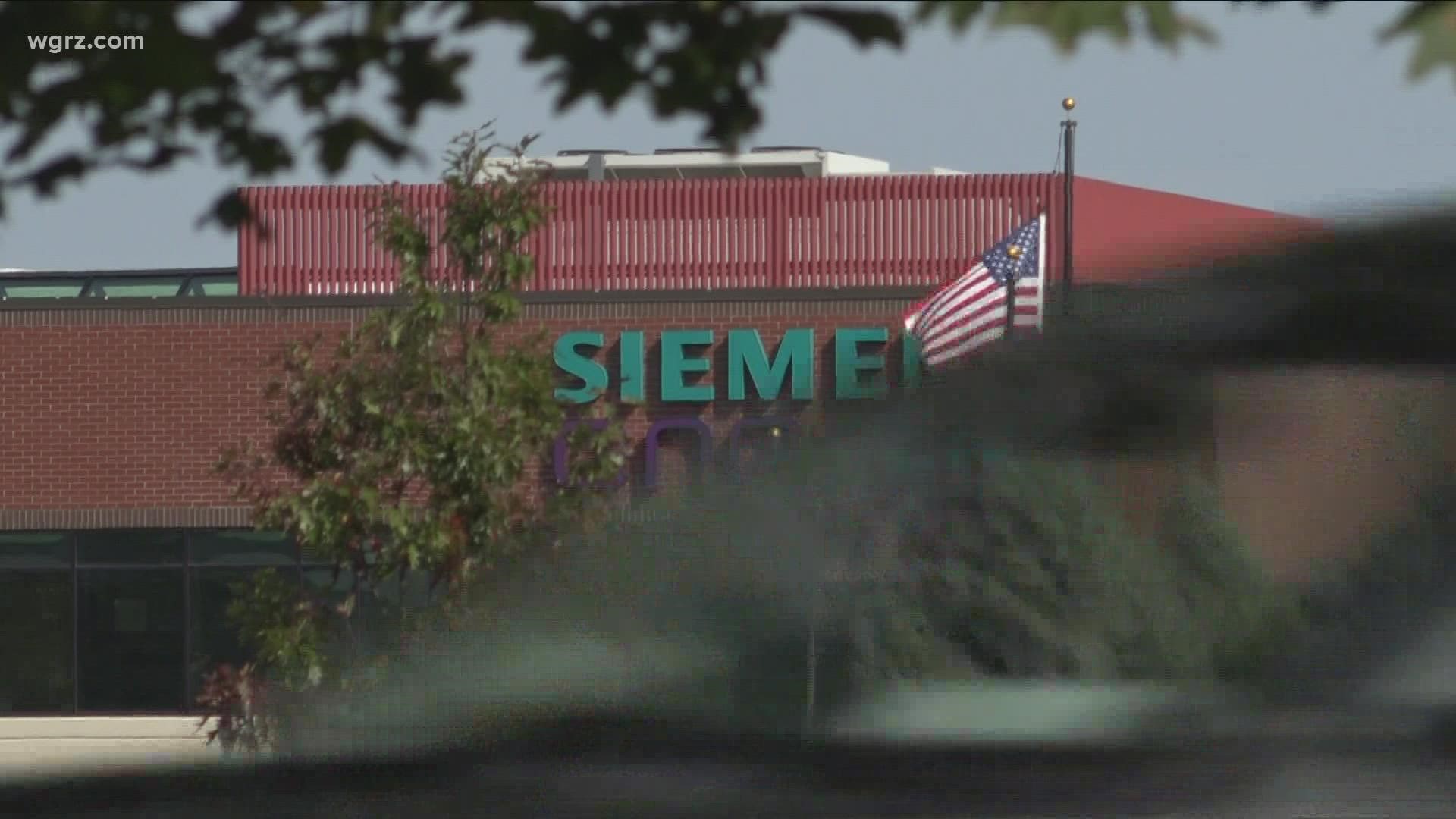 OLEAN, N.Y. — Senator Chuck Schumer stopped in Olean Monday to advocate for around one thousand employees at the Siemens Energy plant, who could soon be out of a job.

The company announced back in February that it would be closing the facility and systematically laying off workers. In June Siemens listed the 88 acres property for $7.5 million.

The facility on Paul Clark Drive, which was previously Dresser-Rand has in one way or another helped support the area with reliable manufacturing jobs for over 100 years. In the early 1900s, the facility was home to the Clark Brothers Company, and although it changed hands several times after that, the jobs, for the most part, stayed in the Southern Tier.

Which according to Olean Mayor William Aiello was supposed to be the case with Siemens Energy when they acquired the plant in 2015.

"When they bought it they made promises that they would not move out of Olean and here they are," said Mayor Aiello.

What changed Aiello explained is the oil industry. The plant currently manufactures compressors used for pumping oil and gas out of the ground and offshore drilling platforms.

"You know the changing world is what they said, so they wanted to downsize...the German company that bought it [Siemens Energy] they have many many locations," Aiello said.

This sort of job loss isn't unusual for Olean however, really it's been an unfortunate trend, that Tom Stimlinger President of Local 4601 United Steelworkers in Olean says the area can't risk repeating.

"We already lost, Deltel left, AVX, we've already had other manufacturers leave this area. If we don't get something in there it would be devastating," said Stimlinger.

"It's going to hit us drastically, that many jobs, that many people living here...that's millions and millions of dollars that won't be here to help our economy anymore," added Aiello.

The plant employs about 500 steelworkers' union members about half of its total employment. Senator Schumer said Monday he wants to pressure Siemens Energy to sell its Olean facility to a tenant that would keep the jobs in the area.

"The whole community depends on this plant and Siemens has an obligation to not pull the rug out from this community," Sen. Schumer said.

When asked for a comment about a potential buyer for the property because of the Columbus Day and Indigenous People's holiday Siemens Energy told 2 On Your Side to expect a response in the next few days.

In the meantime, Mayor Aiello said the Cattaraugus County Industrial Development Agency and the state will be busy trying to ensure a future for the Olean facility and all the families who rely on it in the area.