Proposed asphalt plant on agenda at Hamburg Town Board meeting 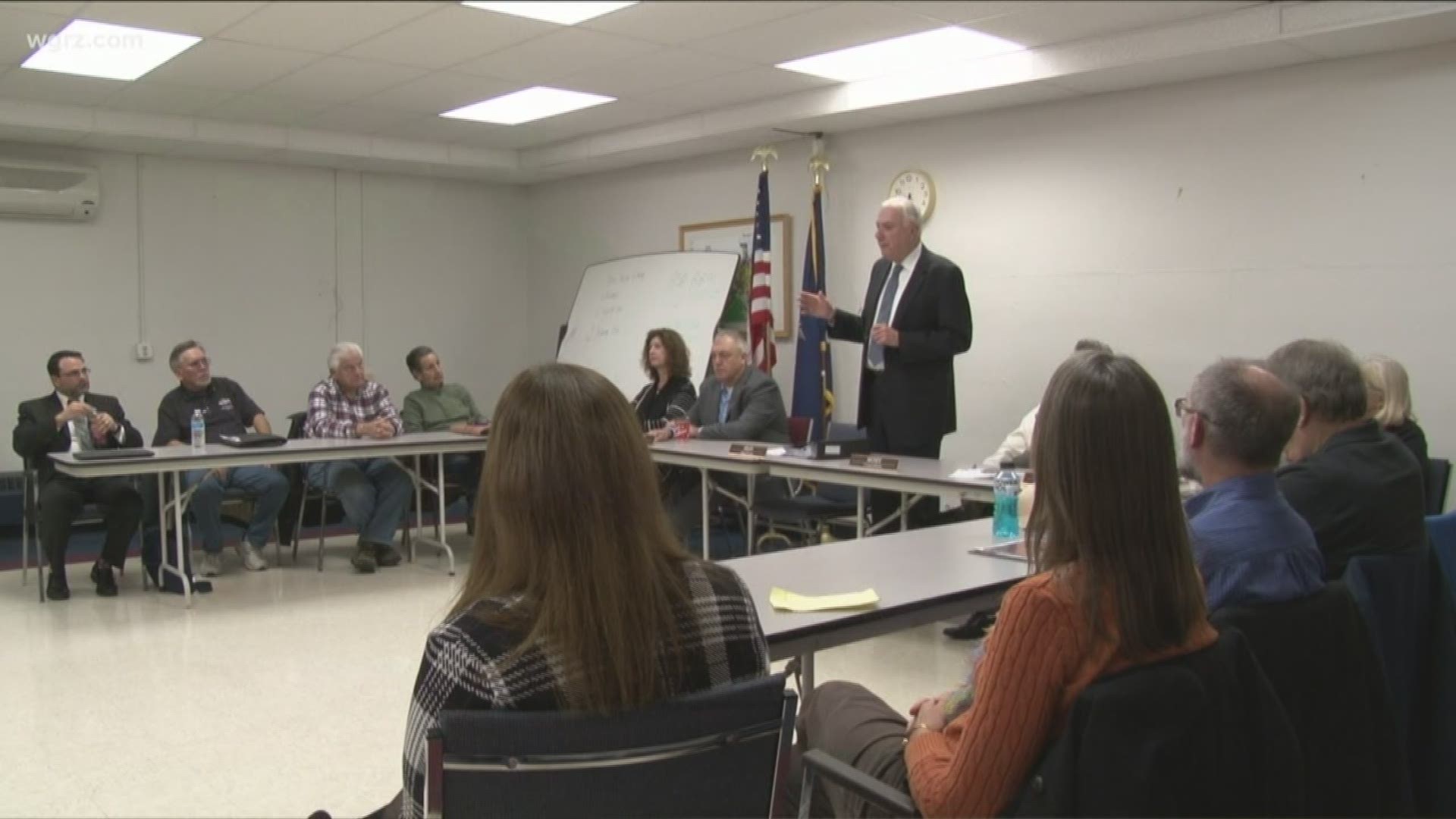 HAMBURG, N.Y. — Asphalt was on the agenda at the Hamburg Town Board meeting on Wednesday night.

The meeting started with statements from Hamburg Town Supervisor, Jim Shaw, about where things stood with the drawn-out fight over a controversial proposed AL Asphalt plant on Camp Road.

Shaw explained town officials are weighing several options -- whether it be litigation or reaching a settlement with AL Asphalt.

At this point, they haven’t proposed an alternative location for the plant or what the details of a settlement might entail.

Those conversations took place privately in executive session, with members of the Town Board and Planning Board along with representatives from AL Asphalt.

Community members opposed to the plant tell us while they're optimistic about the direction things are going, they're uneasy about a potential settlement.

Many residents say they don't think any location in Hamburg would be a good fit for the facility.

Jim Hewitt told 2 on Your Side, "You've got a lot of people living in Hamburg who love their community and don't want the equivalent of a toxic waste dump in their vicinity."

"I know the residents who are fighting this are never going to say, 'well thank goodness it's not in my backyard. Put it in somebody else's,'" said Megan Comerford. "No, if it's not good for me, it's definitely not good for my neighbors a mile or two down the road. I don't want it for them either," .

Shaw said the town will likely not reach an immediate decision on this issue and the discussions are ongoing.

The attorney representing AL Asphalt declined to comment for this report.

During a November meeting, members of the planning board said the development of an asphalt plant at the Camp Road site could potentially impact noise, odors and pollution in the area, which they say is a concern because of its proximity to schools, homes and nursing homes.

The planning board eventually voted to do an environmental impact study on the proposed facility during that meeting.