Officials: 500 jobs could be lost jobs at Siemens Energy in Olean

Welders, electricians, and other workers making $25 an hour or more will start losing positions in the spring as the impending layoffs extend into 2022. 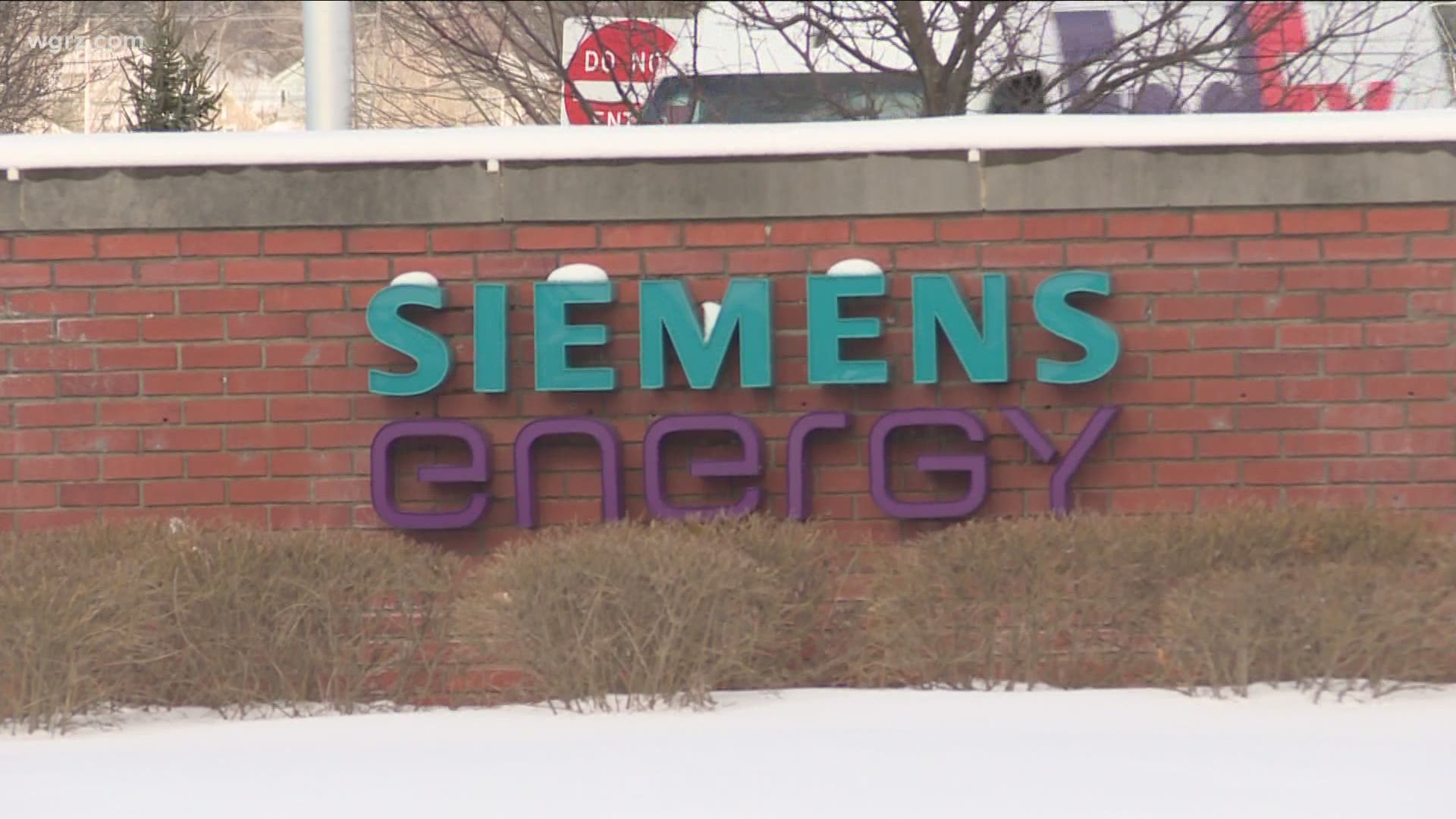 OLEAN, N.Y. — It looked like business as usual Wednesday at the 50-acre campus, where Siemens Energy operates the former Dresser Rand manufacturing plant and the new Technology Center in Olean.

But the uncertainty looms over this site and the surrounding community with the announcement Tuesday that up to 500 manufacturing jobs would be eliminated by the Germany-based firm.

It produces compressors and pumps for the struggling oil and natural gas industry at this facility, which goes back generations to the Clark Brothers Company in this Cattaraugus County community.

Now the future is somewhat dim. Welders, electricians, and other workers making $25 an hour or more will start losing those good paying positions in the spring as the impending layoffs extend into 2022.

Olean Mayor William Aiello said, "This is affecting families. You have the families that count on that paycheck, and now that paycheck may not be coming in for them. They drive into town here. They go to our grocery stores, our gas stations, they go to our restaurants, or to the bars. They come to our recreation facilities, so you're going to have all that effect too."

He points out the workforce comes from all over the Southern Tier and parts of Pennsylvania.

There's also the realization in this city of 14,000 that some folks may choose to move with offers of relocation for about 100 Siemens workers to Painted Post, New York or Houston, Texas.

Years ago the city suffered with the loss of American Olean Tile.

And North Carolina based Curtiiss-Wright shut down another former Dresser-Rand plant in Wellsville in recent years.

Mayor Aiello says he understands that the oil and natural gas production sector that was supplied by the plant has been in a downturn for several years, and there is a push now for even more "green" technology. 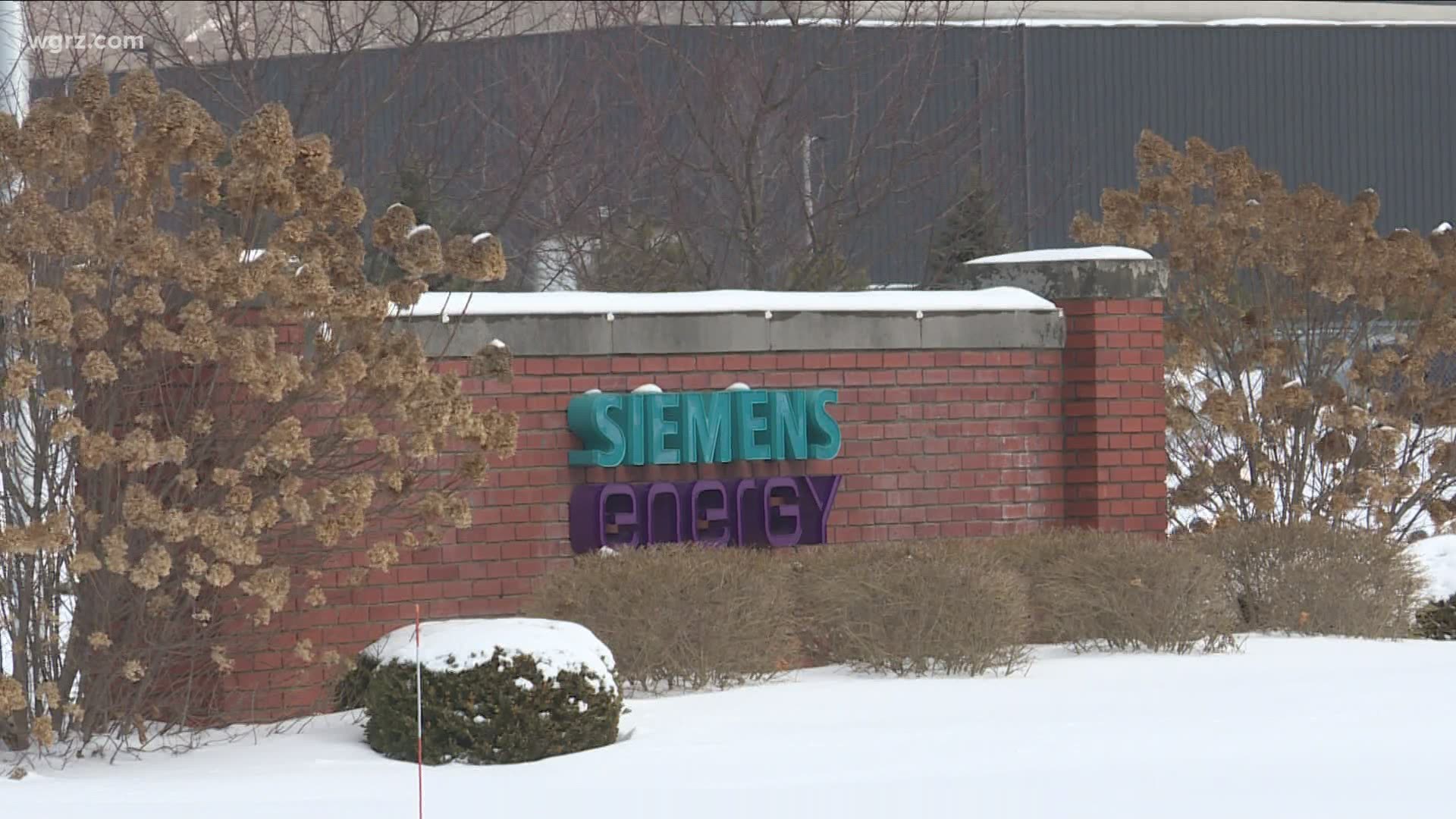 Ironically, Siemens Energy has been involved in some major wind farm turbine development including projects here in New York State.

Aiello says plant officials have maintained a dialogue with him, and despite the economic situation he felt the plant was actually on an upswing.

"The plant here has actually been growing," he said. "They were hiring. We just did a tour of the plant for the new county lawmakers back here a couple of months ago and business was picking up."

Obviously that all changed as Siemens top executives in Germany announced they were cutting 7,800 jobs around the world, including up to 500 jobs at the Olean site.

The United Steelworkers Union is harshly critical of the firm, claiming they did not consult with the labor union or adequately speak with employees before the Tuesday announcement.

So now USW District 4 official Joseph Vertalino says they will "Attempt to bargain over their decision and see if there's anything we can do to convince the company to try and change their mind on the decision to close. Hopefully we can get some of the elected officials involved."

New York State Senator George Borrello says there is some good news that the Siemens Technology Center, built in recent years with $2 million in state funding assistance, will stay in Olean with its 350 professional, engineering, research and development, and management positions.

But now says there is an effort to replace those manufacturing jobs.

"There are companies across this region that need skilled workers, welders, people that can operate C and C machines," Borrello said. "All kinds of folks that we are in short supply of, so I'm hopeful that with the assistance of our economic development agencies at the local and state levels that we can help those folks remain here."

And there is one sharp option. The CUTCO Corporation of Olean, which produces knives for home chefs, has actually thrived in this pandemic and they're hiring. They re projected to have 70 manufacturing jobs open this year and up to 150 or so over the next two years.

And CUTCO CEO Jim Stitt Jr. says there may be a matching skill set. "Obviously making large compressors is very different than making cutlery. But the experience of just working in a factory and the technical skills that come with that, there definitely is a fit there."