Poloncarz, Ryan to push for New Era to stay in Derby

After New Era Cap's announcement that they plan to close their Derby location in March, local and state leaders are making a push to convince them to leave the plant open. 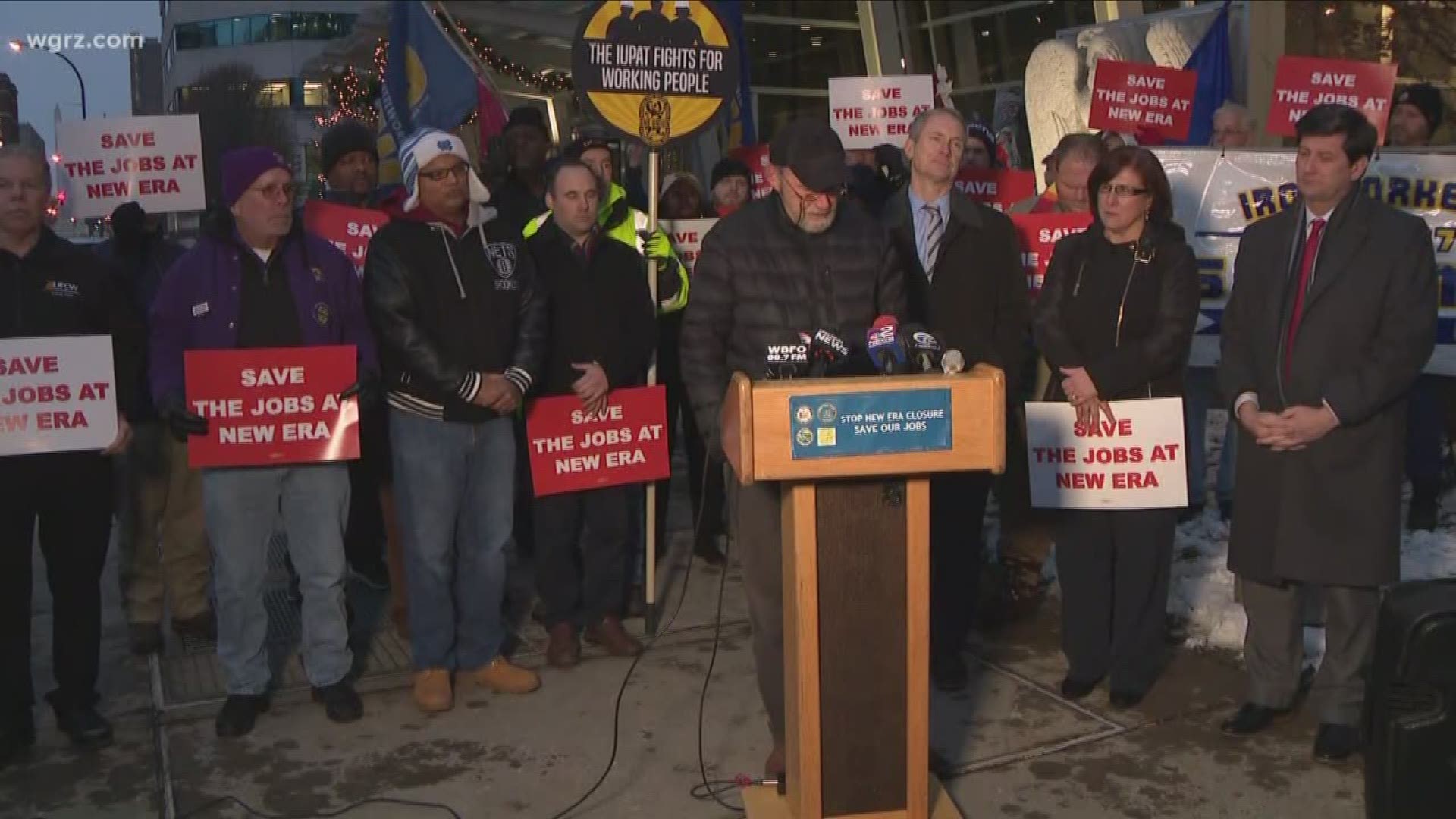 DERBY, N.Y.-- New Era has announced their intention to close their plant in Derby, but local labor leaders are making one more push in asking the cap company to reconsider.

Erie County Executive Mark Poloncarz will join New York State Assemblyman Sean Ryan and leaders with the American Labor Federation to voice their support for the 219 employees set to lose their jobs.

New Era announced the closure of their Derby facility could be complete by the end of March, 2019.

Poloncarz and Ryan say there are opportunities to use “local or state assistance to keep those jobs here in Erie County.”

Poloncarz and Ryan will speak as part of a press conference on Monday, December 10 at 4:30pm, in front of the Buffalo New Era headquarters on Delaware Avenue.