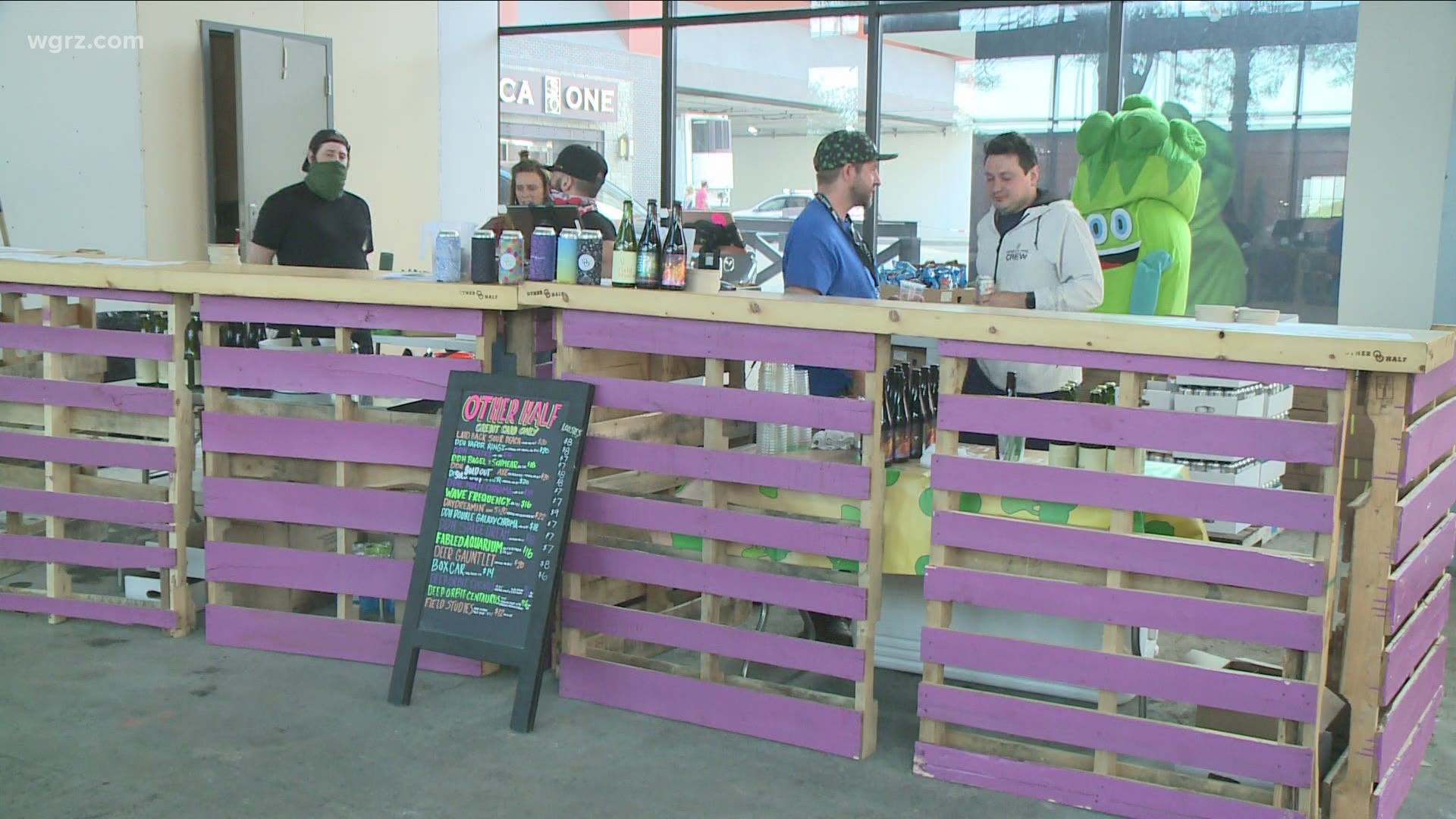 BUFFALO, N.Y. — If you're interested in exploring New York State beer, there's another option in Buffalo.

A Brooklyn-based brewery that's now expanding to Buffalo opened a beer garden pop-up downtown in the city's tallest building, Seneca One, on Saturday.

Other Half Brewing had dozens of Western New Yorkers come out and experience the space and the beer.

Saturday's event came on a day when the Toronto Blue Jays played an afternoon game against the Houston Astros at nearby Sahlen Field.

Just last month, the Buffalo Planning Board unanimously approved developer Douglas Jemal’s proposal to bring 33 more apartments into his downtown complex. Apartments from the $10 million expansion should be move-in ready later this fall.