No refunds for couples who booked wedding receptions at Hotel Henry

Already disappointed in not having the reception of their dreams at the soon to be closed hotel, couples say they are angry that their deposits won't be refunded. 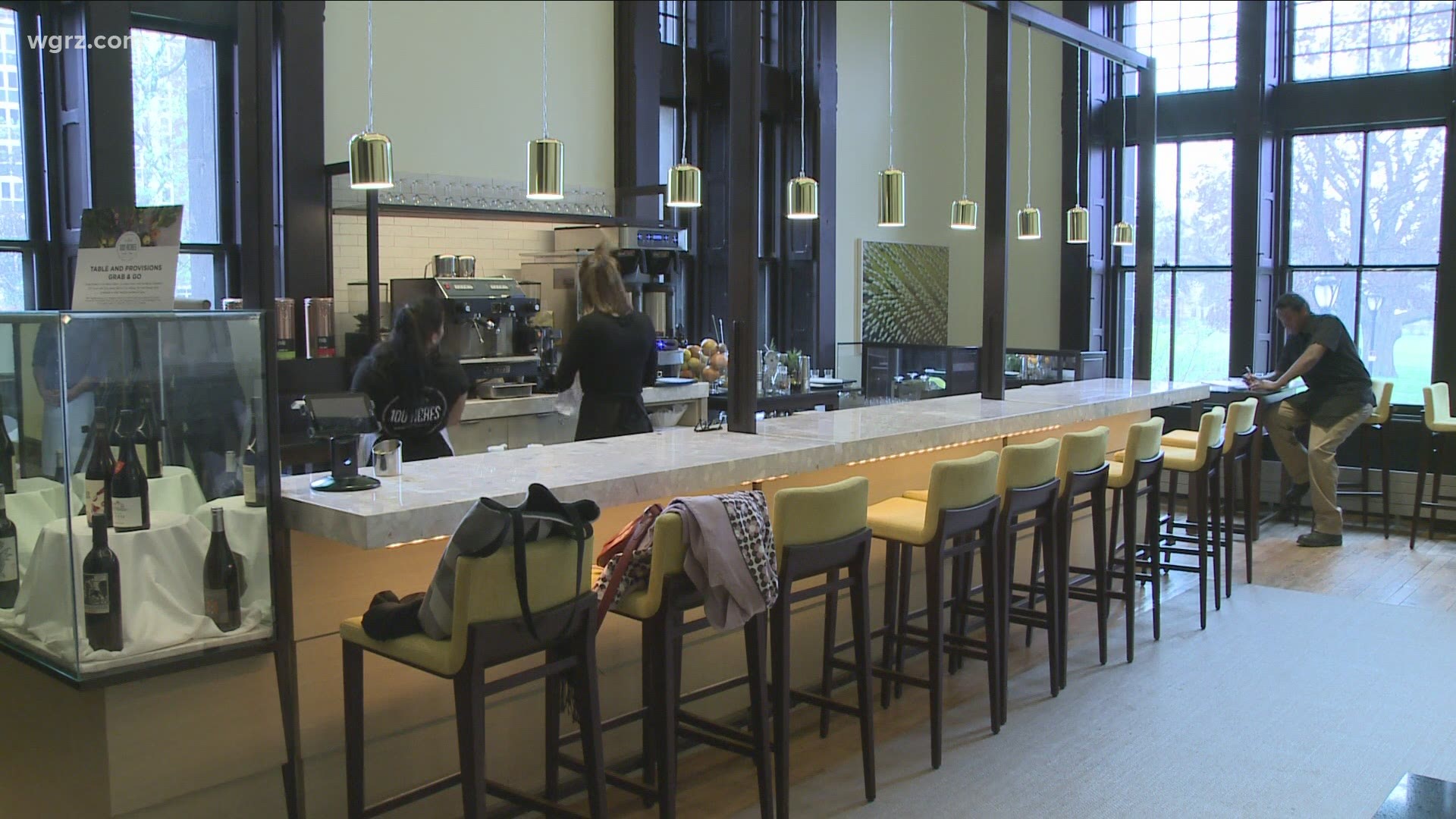 BUFFALO, N.Y. — We continue to hear from some unhappy couples who had booked wedding receptions at the Hotel Henry, who say they’re now being stiffed on their deposits, which in some cases total several thousand dollars.

The boutique hotel located within the historic HH Richardson Complex on Forest Avenue announced this week that it would cease operation on February 27, due to the massive business losses it sustained resulting from Gov. Andrew Cuomo’s coronavirus pandemic-related shutdown orders.

Hotel Henry operator Dennis Murphy sent a lengthy statement to 2 On Your Side (full statement below) in which he confirmed that, “This morning, the Hotel Henry team began its scheduled individual conversations with customers and clients. For each client, we are setting aside dedicated one-on-one time to communicate options.”

“They say we are allowed 30 minutes for discussion are what the options are,” said Gabi DiBella, whose appointment to speak with a representative of Hotel Henry is on Sunday.

Last February she booked the Hotel Henry for an October of 2020 wedding reception with 150 guests.

The pandemic arrived a month later.

“Around July, we realized it wasn’t going to be possible to have the reception that we wanted,” she recalled.

She and her fiancé got married anyway (so that he could get on her health insurance) and had a small reception at the hotel.

However, they paid a nearly $3,000 deposit to hold the larger reception that they had dreamed of, in October of 2021. “This would allow us to celebrate with all of our family and friends as we had intended.” she said.

With the hotel now closing, that is out of the picture.

In advance of her meeting with a hotel representative, DiBella said, “I am expecting that they are not going to be offering a full deposit back.”

Based what we are hearing, she has good reason to feel that way.

“We were totally blindsided by everything," said Deanna Dixson, who said in the weeks leading up to the hotel’s announcement that it would close she was given no indication that her reception might be in jeopardy.

Like DiBella, Dixson had booked her reception in February of 2020, right before the pandemic arrived. And when it did, she too realized she would likely have to postpone.

"I am somebody who worked in hotels prior to the pandemic so I do understand how it all works and what kind of loss they were taking," she said.

In August she and her fiancé rescheduled their January 2021 reception for the following September.

“They didn't charge us a rescheduling fee but they did ask for an initial second deposit,” she said, noting that it brought the total in deposits to $5,000.

She had her meeting with a hotel representative on Friday, where she learned that none of it would be returned.

"There was very little compassion in the conversation,” said Dixson. “We were just told that because they depleted and don’t have any money that they couldn’t give us a refund.”

She said she was told that the hotel could work with her on moving her reception to another site, such as the Mansion on Delaware, which is also operated by the owners of the Hotel Henry, but that their previous deposit would not be applicable.

“What they are doing is not acceptable,” Dixson said. “We’ve all had to deal with the pandemic … but it’s not OK for them to say, ‘Sorry, we don’t have any money, but we will just keep yours.' ”

Jonathan Rowan and his bride-to-be had had also booked their wedding for last year at the Hotel Henry and agreed to postpone it until this September. He was also told on Friday that the $4,000 they paid in deposits would not be returned to them.

Rowan, who owns a business, questions whether what Hotel Henry is doing is even legal.

“They told us that because the company is dissolved, they don’t owe us anything. But they used the money we paid them to pay for something else,” said Rowan, who believes the funds should have been kept in an escrow account. “When I collect sales taxes, I can’t just spend that money on whatever and not turn it in.” 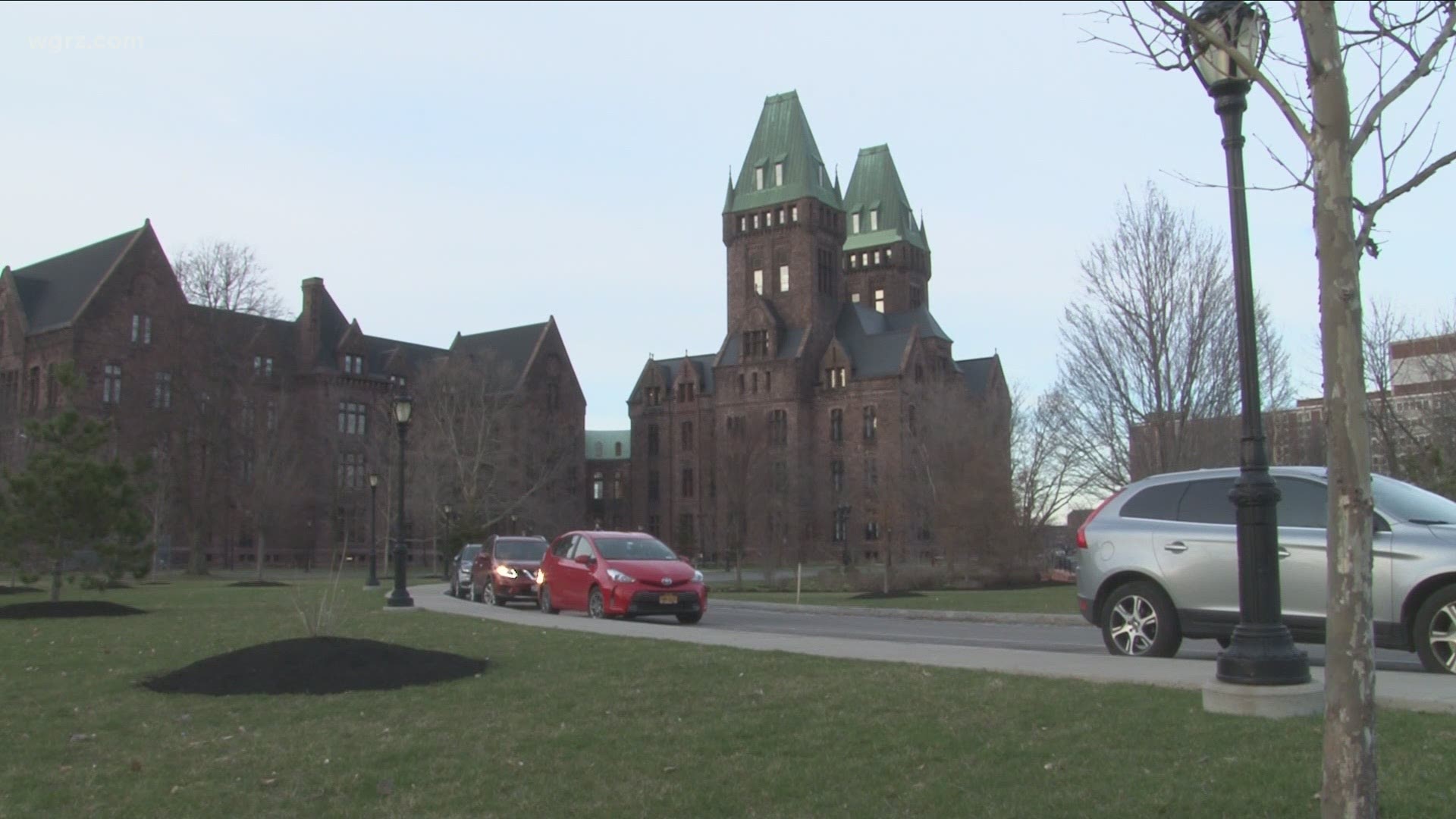 Rowan said he believed the the use of their funds, as well as those deposited by other couples for other expenses was “illegitimate and inappropriate.”

2 On Your Side contacted the office of the New York State Attorney General on Friday afternoon to inquire what recourse these couples might have, but as of Friday evening we still hadn’t gotten a response.

The blow to Rowan and his fiancé was softened, however, when developer Douglas Jemal, upon hearing of their plight, agreed to pay for their wedding reception and hold it at the Hotel Henry should he be successful in his bid to acquire it.

Moreover, he told them that even if he can’t take over Hotel Henry, the couple could hold it at his Statler Towers property in downtown Buffalo.

“It was incredible,” Rowan said. “It’s just amazing to see this man who came out of nowhere to help Buffalo a few years ago, help us out and provide us a huge relief, and it’s a huge blessing.”

This morning, the Hotel Henry team began its scheduled individual conversations with customers and clients. Communications will continue over the next week and beyond. Initial contact was made to clients within hours of the announcement. For each client, we are setting aside dedicated one-on-one time to communicate options.

First and foremost, sadness and frustration over the property closure is valid among customers, clients, and community. We understand the overall hardship. This is a disappointing situation that no one could have accurately predicted, even as the global pandemic continued to develop. We are very saddened ourselves, and our sadness is most rooted in the disappointment that this brings to our guests. The closure of Hotel Henry is a loss for the entire Buffalo community, which includes every client and customer.

To be clear, we are keenly aware that certain customers have and will extend their feelings in unique and individualized ways, especially as the resolution they have in mind is not available. Disrupting our customers' plans is never the outcome we desire, but we no longer have the facility available for them. We have exhausted all attempts to resolve elimination of access to Hotel Henry, which, in turn, would have eliminated disruption initiated by our global pandemic. Most important, Hotel Henry has provided several options to event guests, if clients choose to work with Hotel Henry and, subsequently, alternate Buffalo facilities who are sensitive and aware of this specific situation.

We are not commenting publicly on Facebook or other social media posts right now. However, we have answered private Facebook & Instagram messages and emails regarding gift cards.