Developers told the town supervisor it was because of possible cost increases, Amazon's interest in other locations, and labor requirements. 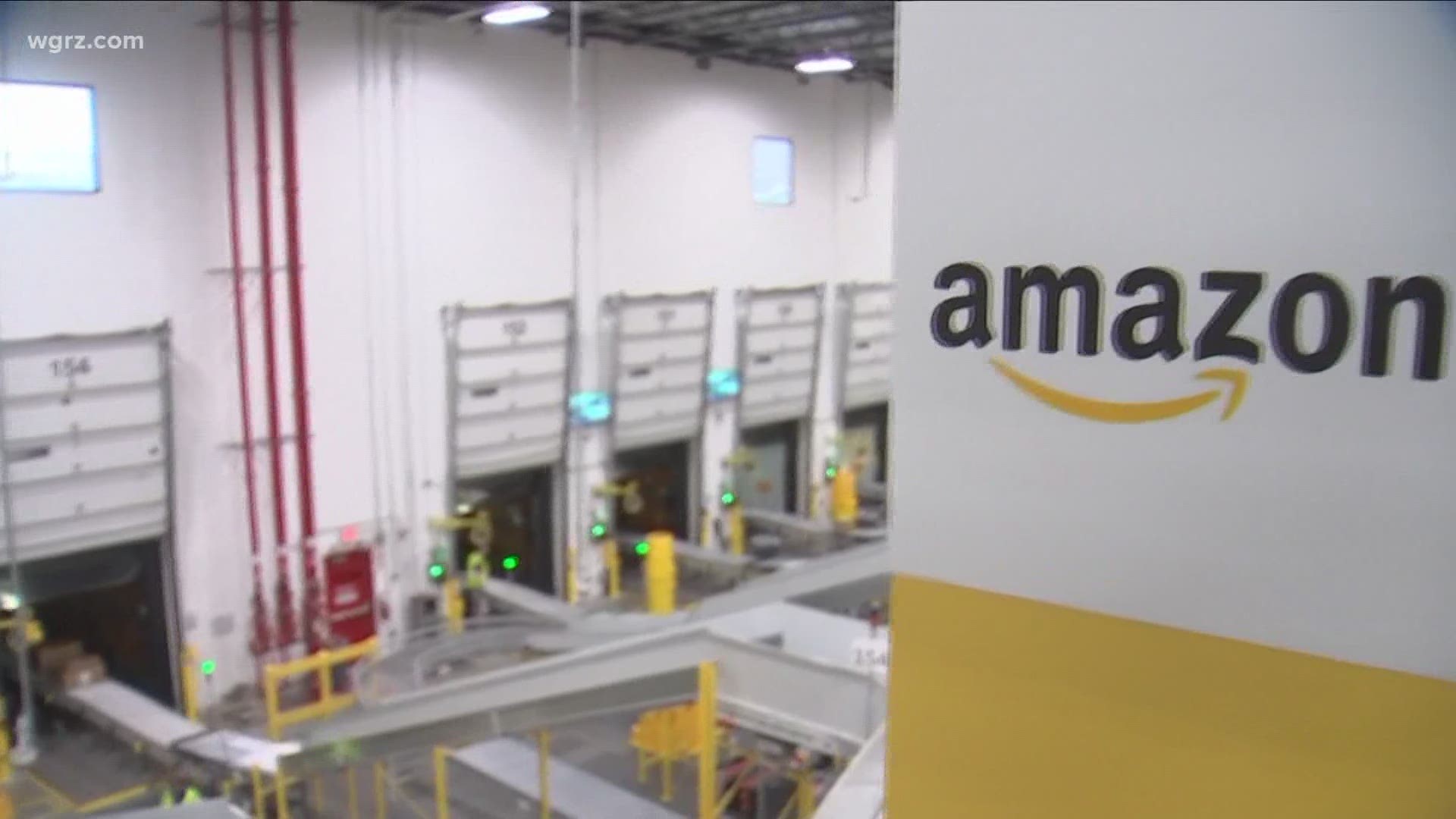 GRAND ISLAND, N.Y. — A notice on the Town of Grand Island's website says that the public hearing scheduled for Thursday to discuss a proposed Amazon warehouse has been canceled because the developer has withdrawn the application.

Town Supervisor John Whitney told 2 On Your Side that developers told him it was not because of opposition to the project.

They said it was because of possible cost increases, Amazon's interest in other locations, and labor requirements from the industrial development agencies.

In a statement released by Amazon, a spokesperson for the company said in part:

“Amazon is a dynamic business and we are constantly exploring new locations. We weigh a variety of factors when deciding where to develop future sites to best serve customers. We have dozens of fulfillment centers, sortation centers and delivery stations under construction and evolving around the world. It’s common for us to explore multiple locations simultaneously and adjust timetables based on needs across the network. We have decided not to pursue a location in Erie County at this time, although we continue to explore opportunities to invest and grow across the region and New York state. We appreciate the time and attention committed to this potential project by the Town of Grand Island, Erie County, Invest Buffalo-Niagara, and state officials throughout this preliminary process and introductory meetings.”

“My administration has worked hard over the past several years to bring Amazon to Erie County, but we were informed today that after further consideration Amazon has decided to halt their planned project on Grand Island. This is an unfortunate development as this project would have brought over 1,000 new jobs paying a living wage to our community and would have generated tens of millions of dollars more in taxes for the county, the Town, and the school district, but Amazon has decided that the fit is not right at the current time. Amazon has created jobs in Erie County and invested in our workforce at their two other local facilities, so while the Grand Island location is now off the table my team is prepared to work with them if necessary to identify another possible location for this regionally-important project or any other project. Our focus on economic development and job creation in Erie County remains as strong as ever, as evidenced by today’s topping-off event at the new TMP Technologies facility in Lackawanna.”

#BREAKING Town Supervisor John Whitney tells @wgrz developers told him it was due not so much to opposition but to possible cost increases, the interest they had in reviewing other potential locations, and labor requirements from the IDA. pic.twitter.com/o1xZtgwNol

The Grand Island Town Board voted last week to hold a public hearing on August 13 regarding the proposed Amazon Distribution Center project. That public hearing has since been canceled.

#NEW
This is posted on the Town of Grand Island website.
It appears that TC Buffalo withdrew it's application for the proposed Amazon distribution center.
Working to get more information.@WGRZ pic.twitter.com/IOgaUGXYLg

The Coalition for Responsible Economic Development for Grand Island held a protest last week in response to the proposal to build a 3.8-million-square-foot Amazon warehouse on the Island.

Dozens of people gathered outside Grand Island Town Hall ahead of last week's board meeting to demand multiple public hearings be held on the project before a final vote is taken.

"I would say that we are very happy with this outcome but we definitely want to wait and see that it is absolutely official" said CRED4GI spokesperson Cathy Rayhill.