The governor's order that allows alcohol-to-go has been extended on a month by month basis, and it expires July 5. 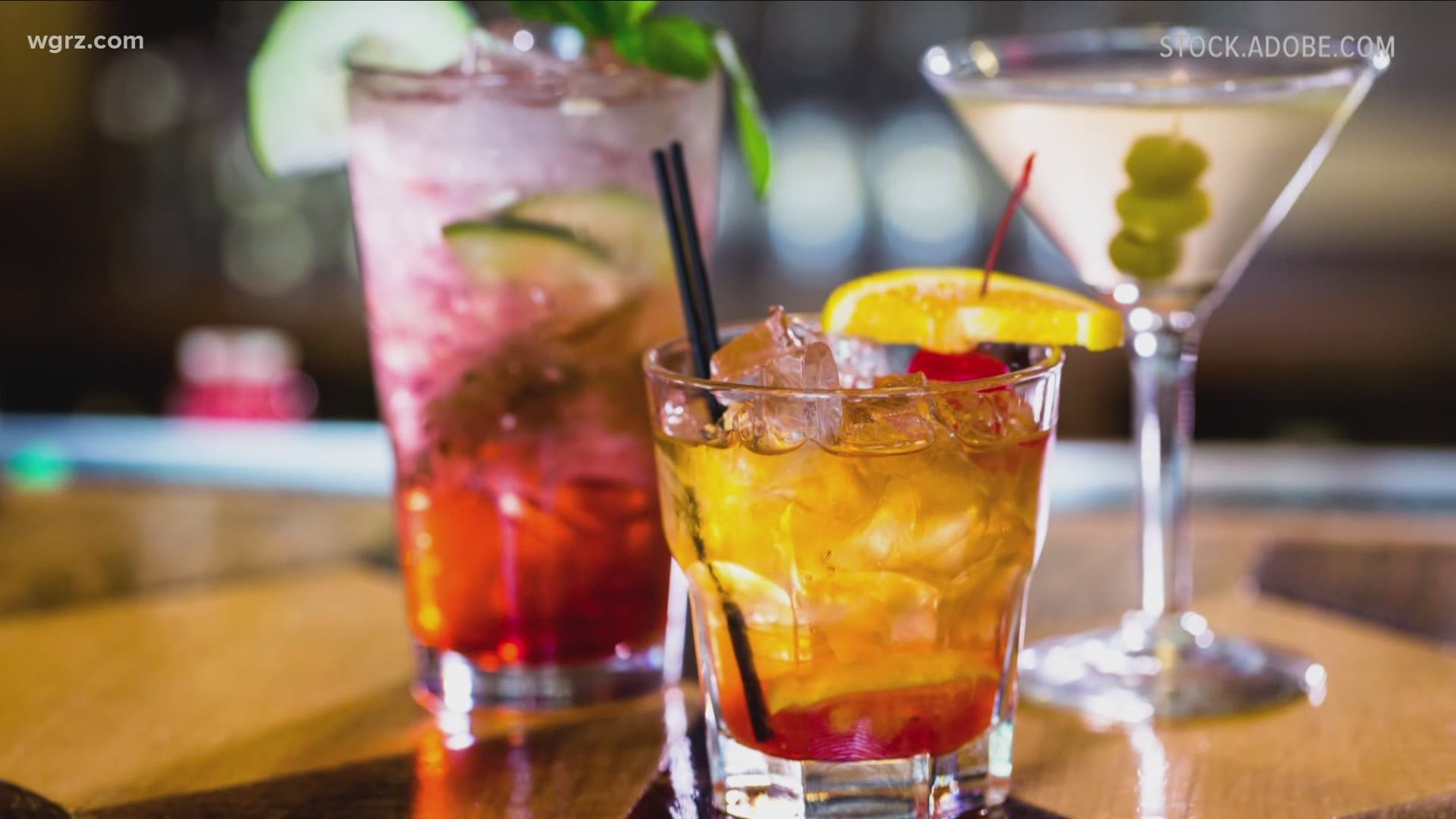 ALBANY, N.Y. — This week restaurant and tavern owners called on New York State lawmakers to pass legislation that would extend alcohol-to-go for at least one year.

However, as this session wrapped up Friday, that didn't happen, meaning the measure is set to expire on July 5, unless Gov. Andrew Cuomo extends it for another month.

The New York State Restaurant Association held a rally at the Capitol on Thursday, advocating for that bill to pass, saying it's been a lifeline for restaurants trying to come out the other side of the COVID pandemic.

That push has gotten some resistance from liquor stores, which are concerned that restaurants selling takeout drinks permanently could cut into their business.

The owner of Butera's Craft Beer and Craft Pizza in Hamburg was one of many advocates for the bill statewide.

"Devastation," Jimmy Butera told 2 on Your Side on Friday, after the session had come and gone without passage of the bill.

Butera said alcohol-to-go is something that took off during the pandemic, and in some ways cushioned the financial blow many restaurants experienced due to COVID-19-related restrictions.

"A lot of restaurants survived due to it," Butera said. "The next two or three years, there's probably going to be more financial ruins going on with this industry, so keeping that intact for another year or two would've been a big help for a lot of us out there."

Melissa Fleischut, President and CEO of the New York State Restaurant Association, released the following statement on the matter:

“The restaurant industry is frustrated by the inaction from the State Legislature. Restaurants lost billions in sales over the last 15 months. Many closed their doors forever. Those still open are digging out from a deep hole. But the State Legislature made a choice. They chose to protect liquor stores’ antiquated monopoly, even as they’ve enjoyed record sales during the pandemic — and that’s with alcohol-to-go from restaurants allowed. Special interests and their flimsy arguments won out over mom-and-pop restaurants that simply want to survive and bring more employees back.

“But the industry won’t be deterred by this setback. We’ve faced worse. We know that 78% of New Yorkers want alcohol-to-go to become permanent, and we’ll keep fighting. As Governor Cuomo has said, we aren’t supposed to just put everything back the way it was and pretend the pandemic never happened. That fantasy world doesn’t exist. In the meantime, we urge the Governor to continue extending the Executive Order allowing alcohol beverages with takeout and delivery as he continues his fight to reimagine, rebuild and renew a stronger New York.”

However, some of our local state lawmakers believe the legislation could be brought up again.

"There were people who were doing it, they had their dinner in a Styrofoam container and a couple of drinks and they're going home to enjoy it with their families and there's no reason, society in this day and age, that we can't continue to do that. So I hope that we do advance that next year," said New York State Senator Patrick Gallivan.

A spokesperson with New York State Senator Sean Ryan's office said in an email he believes the legislature will need a special session to pass the alcohol-to-go bill and that Senator Ryan does support it.

As we inch closer to that July expiration date, Butera told 2 on Your Side, "Our politicians should listen to the constituents who are saying to them, 'We want this. We need this." 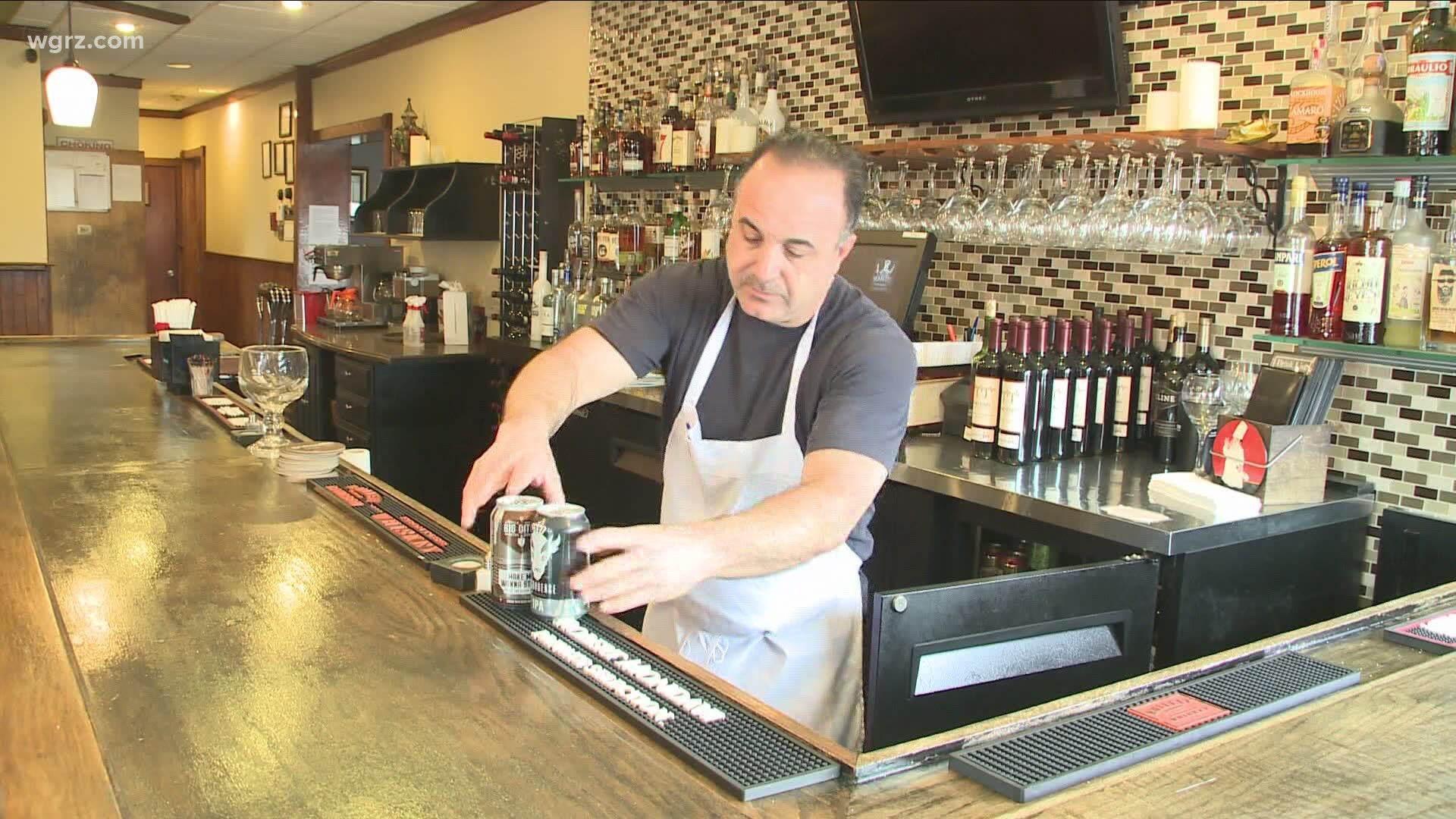