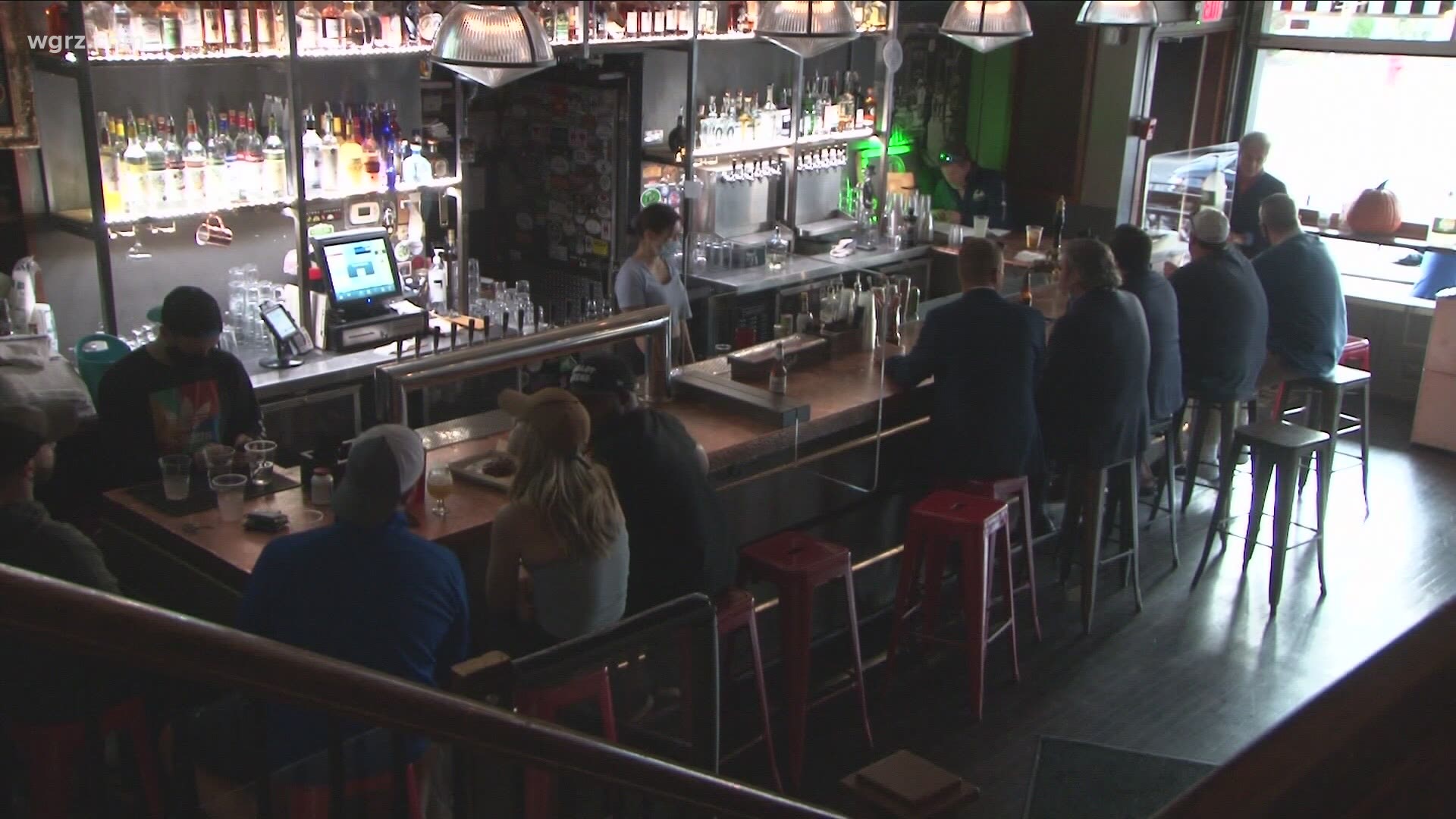 Judge Walker previously ruled in favor of 90 Western New York restaurant owners in February to lift the statewide curfew, but an appellate court later reinstated it.

Attorney Corey Hogan from HoganWillig says his apparent interpretation is that the petition, which was filed back in January, is no longer relevant because they were challenging a law that was annulled in March.

"Thus the judge dismissed our action stating it was moot because the laws we were challenging no longer existed," Hogan said.

This decision comes after Gov. Andrew Cuomo announced earlier this week that the state will extend the 11 p.m. curfew for food and drinks until midnight. Those new guidelines will go in effect April 19.

"No one has been forced to go to a restaurant," Hogan said. "We're using all kinds of means to keep people protected in terms of single-use silverware, the masking, the cleaning of everything. .... And I have yet to find anywhere in Erie County, somebody tracing a viral transmission back to a restaurant."

Attorneys representing the restaurants argued that the state did not give a valid reason for extending the curfew, while the state argued that indoor dining is still listed as a high-risk activity by the Centers for Disease Control and Prevention.

"We follow the rules at 3 p.m. We follow the rules at 3 a.m. It doesn't really matter who we are serving or what we are doing. We have issues of compliance that we have to deal with, and be responsible for, any time of the day or night," Melissa Fleischut, the president and CEO of the New York State Restaurant Association, told 2 On Your Side on Friday evening.