The owners of the land where Amazon once proposed building a massive distribution center want to develop it into a large-scale warehouse complex. 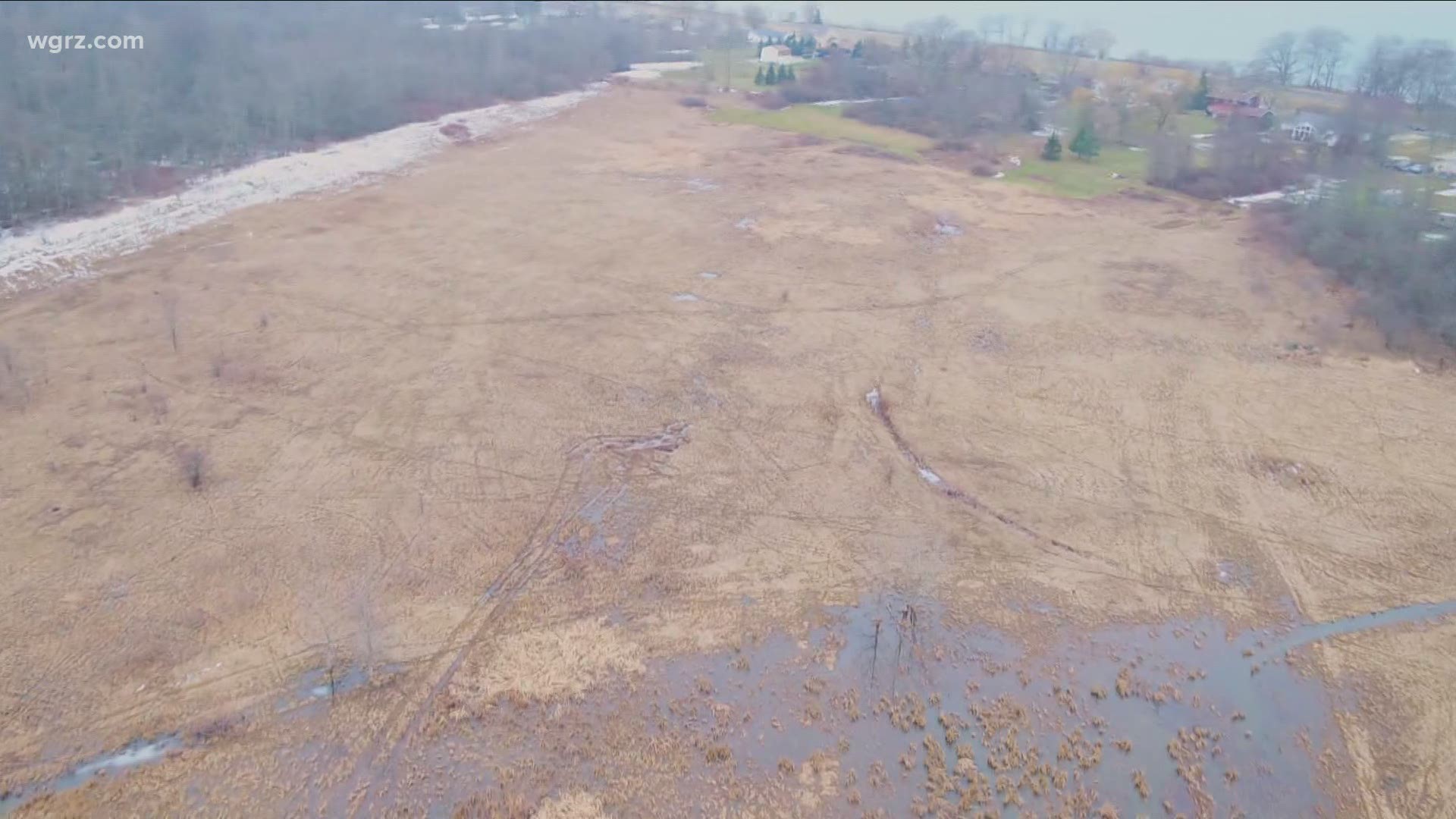 GRAND ISLAND, N.Y. — There's a new proposal to develop some land on Grand Island where Amazon once sought to build a massive distribution complex, but then abandoned the project amid community opposition.

"One door closes, another opens, and we're excited and anxious to get something together here on this site and I think the time is right," said Michael Huntress, Vice President of Acquest Development LLC of Amherst, whose family has owned the land which borders Long Road and the New York State Thruway for 30 years.

Differences between the projects

In a meeting with town board members on Thursday, Huntress outlined his company's proposal to build a more than 1 million square-foot, high-bay warehouse facility. It would be one story in height.

By comparison, Amazon wanted a four-story structure with nearly 4 million square feet of operating space. This is a key difference, as the Acquest proposal, unlike Amazon's, would not require any variances from existing town code because it would be below the 45-foot limit.

With town approval, Acquest hopes to begin construction in the spring, and according to Huntress, his firm was able to utilize much of the site plan "legwork" that had already been done by those who had earlier been working on behalf of Amazon.

"We were able to sort of pick up the pieces from there," Huntress said.

If you build it, they will come

It appears for now that the warehouses would be built largely on spec, with no firm tenant commitment announced.

While this may raise an obvious question as to whether Acquest, upon completing the project, would be left with an empty facility, Huntress told town officials that he is confident that it won't be.

This is based in part on the company's experience with the 2.2 million square feet of warehouse space it already owns in the Rochester area.

"That space is 100% occupied and has been now for the last 48 months," Huntress said. "And in Western New York, we have seen a big rise in the demand for, and a significant shortage of, high-bay warehouse space, so we're confident there is a need for what we are designing here."

He also noted that they would not need one giant company, such as Amazon, in order to fill the space.

"It could be rented to a single user or could be multi-tenanted very easily as well," Huntress said.

While the proposed structure would be smaller in terms of capacity than what Amazon had proposed, because it would be one story instead of four, it would actually have a larger footprint, according to Huntress.

It would also necessitate a permit from the U.S. Army Corps of engineers, because it would involve filling in 2.3 acres of wetlands, which Huntress referred to as a "minor" amount, considering the entirety of the project encompasses 138 acres.

The town Planning Board could review the project at its next meeting on December 14.

If approved by the planning board, it would be forwarded to the Town Board for its subsequent review and vote.

RELATED: Fun? Now? No. But group wants to reopen Fantasy Island next summer