A U.S. Civil Rights Commissioner sent a letter to the NFTA warning that the agency may have broken the law when Chick-fil-A was dropped from plans for the Buffalo Airport. 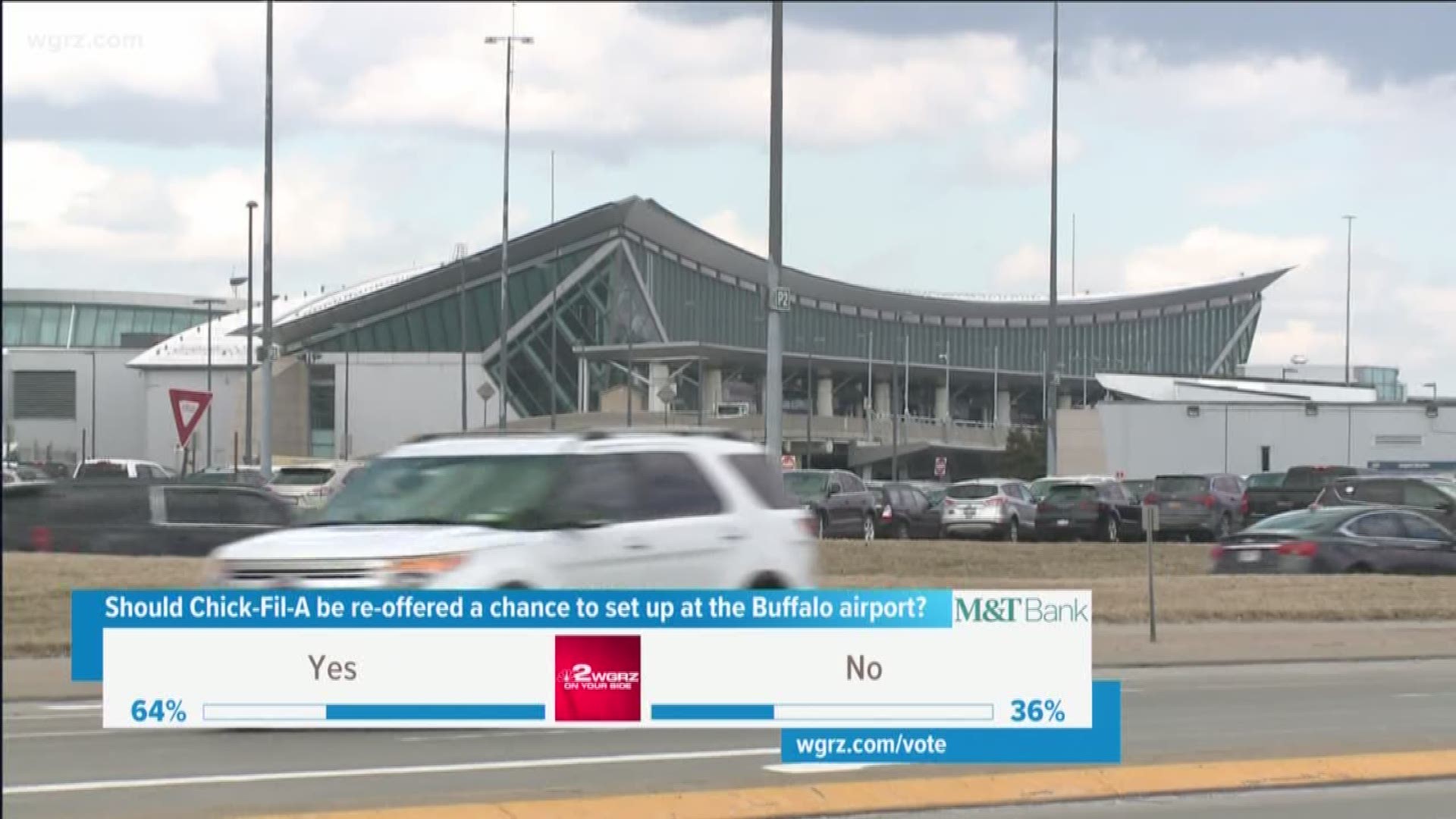 BUFFALO, N.Y. — In a three-page letter to the chair of Niagara Frontier Transportation Authority's board, U.S. Civil Rights Commissioner Peter Kirsanow urges the authority to rescind its ban of Chick-fil-A at the Buffalo Airport, saying the restaurant chain would "likely sue the NFTA's members in their official and personal capacities."

"A governmental actor cannot discriminate against a contractor, a private contractor," Kirsanow explained in a phone interview, "for exercising first amendment rights, which includes the right to provide financial support to a cause in which they believe."

In the letter, Kirsinow says Chick-fil-A Foundation donated to "religious-based organizations that support the traditional understanding of marriage," such as the Salvation Army.

2 On Your Side reached out to the NFTA, and a spokesperson tells us that the decision to accept or deny Chick-fil-A lies with Delaware North, the company contracted for the concession revamp project at the airport.

Kirsanow says if Chick-Fil-A decides to sue, the timeline is important.

"I don't know what happened," said the commissioner of the conversations between the NFTA and Delaware North. "All I know is the chronology shows that the decision to have Chick-fil-A was rescinded immediately after there was some governmental action. So, whether or not that was the case, you know what? The discovery process would reveal that."

It was last Thursday when the NFTA approved and unveiled tentative plans to add a Chick-fil-A to the airport food court.

That same night, Assemblyman Sean Ryan first called on the NFTA to reconsider their approval of the plan, which he explained to 2 On Your Side's Michael Wooten, "The money you spent at Chick-fil-A goes to fund some pretty virulent anti-gay and lesbian policies."

Just one day later, the NFTA confirmed that Chick-fil-A was no longer a part of plans at the airport.

"That type of pressure is something that has first amendment implications," said Kirsanow.

We reached out to Assemblyman Ryan on Wednesday, but his spokesperson tells us he has no comment on the letter.

"I think he's well intended," Kirsanow said of Ryan's comments. "I understand that, but the actions that were taken were wrong. They were against the law."

He adds that similar cases have gone all the way to the supreme court, "and they've prevailed at the Supreme Court because again the law is clear on this."

2 On Your Side reached out to Delaware North to find out exactly why they decided to drop Chick-fil-A from their plans at the airport. We also asked them if they plan to reconsider Chick-fil-A, in light of the letter sent to NFTA.

As of Wednesday evening, we are still waiting for them to return our emails and voice messages.

You can read the U.S. Commissioner's letter here.