Erie County and its top officials will likely be sued soon over the mask mandate by a group called the Western New York Small Business Coalition. 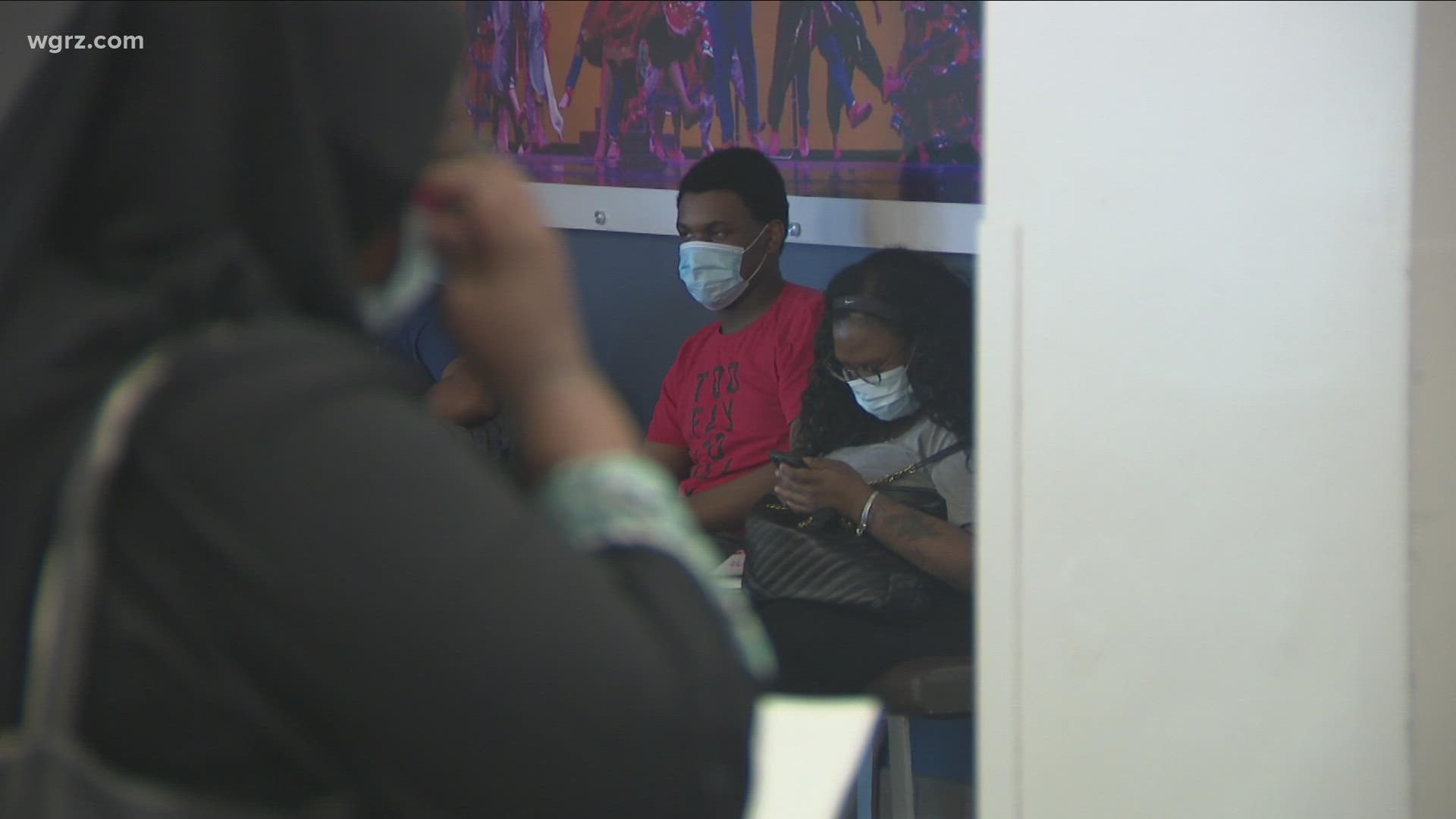 It is, again, coming from business owners who feel they have been singled out and severely affected by this latest COVID restriction.

The courts, judges, and attorneys were busy last year with various lawsuits against the state from businesses on COVID related regulations. But now Erie County and its top officials will likely be sued soon over the mask mandate by a group called the Western New York Small Business Coalition.

This time it goes beyond restaurants and bars and includes bowling lanes, hair salons, gyms, entertainment venues, and at least one big box retailer. And it's tied to their claims about the transmission rate, which they contend is much higher for actual households. They say that rate was 74 percent a year ago, according to then-Gov. Andrew Cuomo, as compared to most business establishments with a 1 percent or so transmission rate.

Attorney Corey Hogan says: "This is targeting all these businesses, and there's no proof. In fact, the proof is to the other, contrary point that they're not responsible for the transmission of COVID-19. It's the households, and that makes sense. Most of these businesses have super good ventilation. They're nothing like a home, where people are gathered in a room for hours and hours."

They also claim contact tracing data proves their point, but that the state has refused to release that information since lawsuits were filed last year.

Restaurant owners are still at the forefront in this new legal effort. Duff's owner Greg Duell says, "We have worn the masks before, and it's a simple task to do. But the enforcement of it becomes an issue for my employees."

Paul Santora of Santora's Pizza Pub and Grill added, "Right now it's hard enough to get staff, and to have us be the ones to have to regulate that, an 18-year-old girl trying to deny entrance to a guest who is not wearing their mask is really almost an impossibility, the way people feel."

While New York City has had vaccine mandates to enter businesses for some time, with a much lower transmission rate now in that region, attorneys for these businesses try to explain that by claiming that's because of a higher natural immunity factor, with a higher case load there last year.

Whatever the argument, county officials say bring it on. Erie County Executive Mark Poloncarz says, "If anyone wants to sue, we've said it before, we've dealt with lawsuits. We won lawsuits.

"The contact tracing information, I've been told by our department of health epidemiology staff, is showing transmission everywhere. It is in households. They have seen cases they believe are associated with restaurants and bars."

He also says lawsuits filed against the New York City vaccine mandate for entry to businesses failed as courts upheld the mandate.

Poloncarz said the state health department has the complete contact tracing data. Hogan says they have tried to access it since last March but just recently were told their Freedom of Information request is still being reviewed.