The 13th annual Labatt Blue Buffalo Pond Hockey tournament will have an expanded schedule for all 119 participating teams. 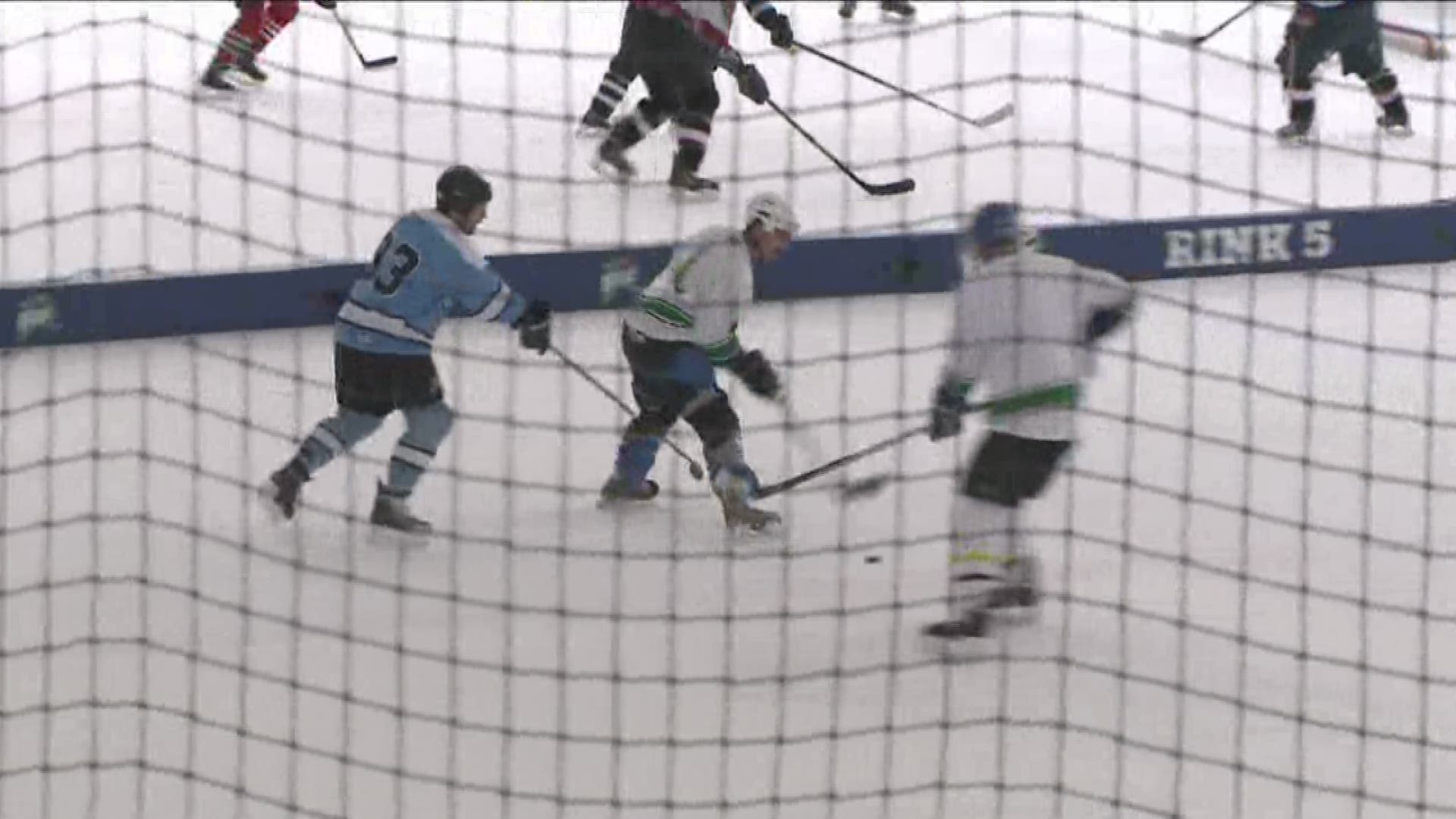 The 13th annual Labatt Blue Buffalo Pond Hockey tournament will have an expanded schedule for all 119 participating teams.

In taking feedback from previous participants, organizers have increased the competition from a minimum of three games per squad to four games, plus a two-round playoff series. That adds up to 124 more games to be played between Friday, Feb. 14 and Sunday, Feb. 16, a jump from 206 games to 330 games. The tournament is held at Buffalo RiverWorks on Ganson Street, which has hosted the Labatt Blue tourney for the past seven years.

“The one constant we kept getting is the players wanted more ice time and games,” said Lauren Christopher, Labatt associate public relations manager.

RELATED: VERIFY: Is there a hockey stick shortage in the NHL?

RELATED: NHL scouting combine to stay in Buffalo through 2022