Hochul: 'We're going to get what we can' for unwanted Tesla Riverbend machinery

No longer needed by Tesla, the New York State government tried to recover what it can for $207 million of manufacturing equipment. 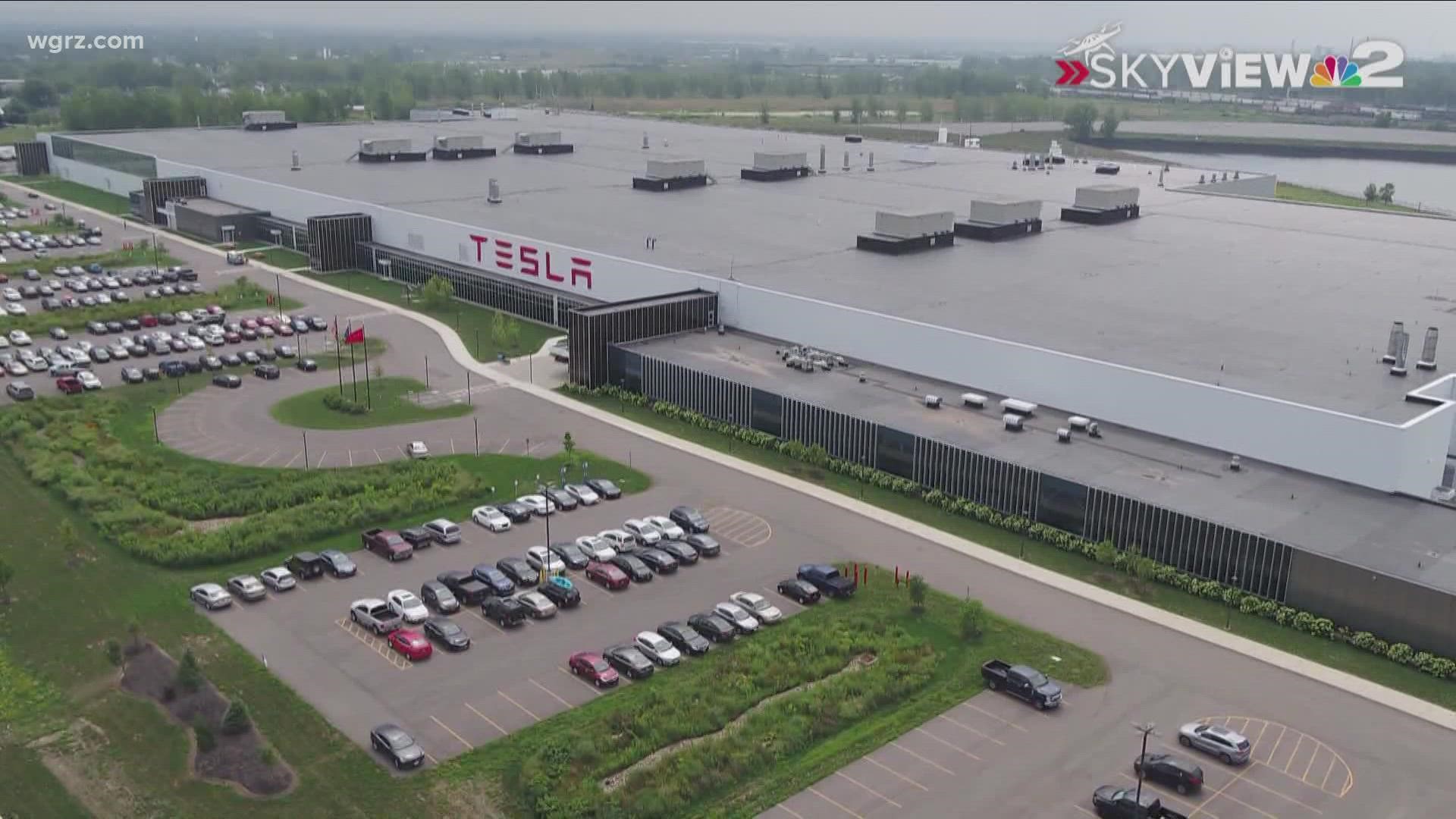 That was Gov. Kathy Hochul today on the $207 million in manufacturing equipment state government is working to unload, now that Tesla does not want it at the Gigafactory in South Buffalo.

At a news conference in the Genesee County town of Alabama, Hochul took questions from reporters after an announcing a green-energy project there.

Asked about efforts to sell or discard the machinery, Hochul said, “(This) is disturbing and it's not acceptable to know that this equipment was languishing for many, many years. We are going to get what we can on the dollar for it."

Already, the state government agency NY CREATES acknowledges some $22 million of the equipment has already been sent to a scrap yard in Corfu.

The agency also reports it has sold equipment that originally cost the state $39 million but has not disclosed how much it sold for. A spokesman says NY CREATES is withholding that information to protect on-going negotiations on the sale of other machinery.

Area state lawmakers are not happy with this development. We got this from State Assembly Member Patrick Burke, whose district includes the Tesla factory:

State Senator Sean Ryan, a frequent critic of the project provided a statement that said this:

Tesla is required to hit employment targets in exchange for the State of New York completely financing the construction and purchasing equipment. The total state investment is close to $1 billion.

Of that number $239 million was spent on machinery in hopes the plant would become the largest solar panel manufacturer in the Western Hemisphere. But when Tesla shifted its production priority to making solar roofing shingles, the original equipment stacked up around the factory, most of it still in crates.

Early last year Tesla, with state government approval, began moving a large chunk of the unused equipment to a warehouse in Wheatfield.

Eventually, Tesla decided that all of the stored machinery and most of the equipment still in the South Buffalo factory was not needed and asked state government to remove it.

That led to the current effort to find buyers for the surplus gear, or minus that, to recycle the machinery.