Empire Adventures says it could have control of the theme park in just a couple weeks. 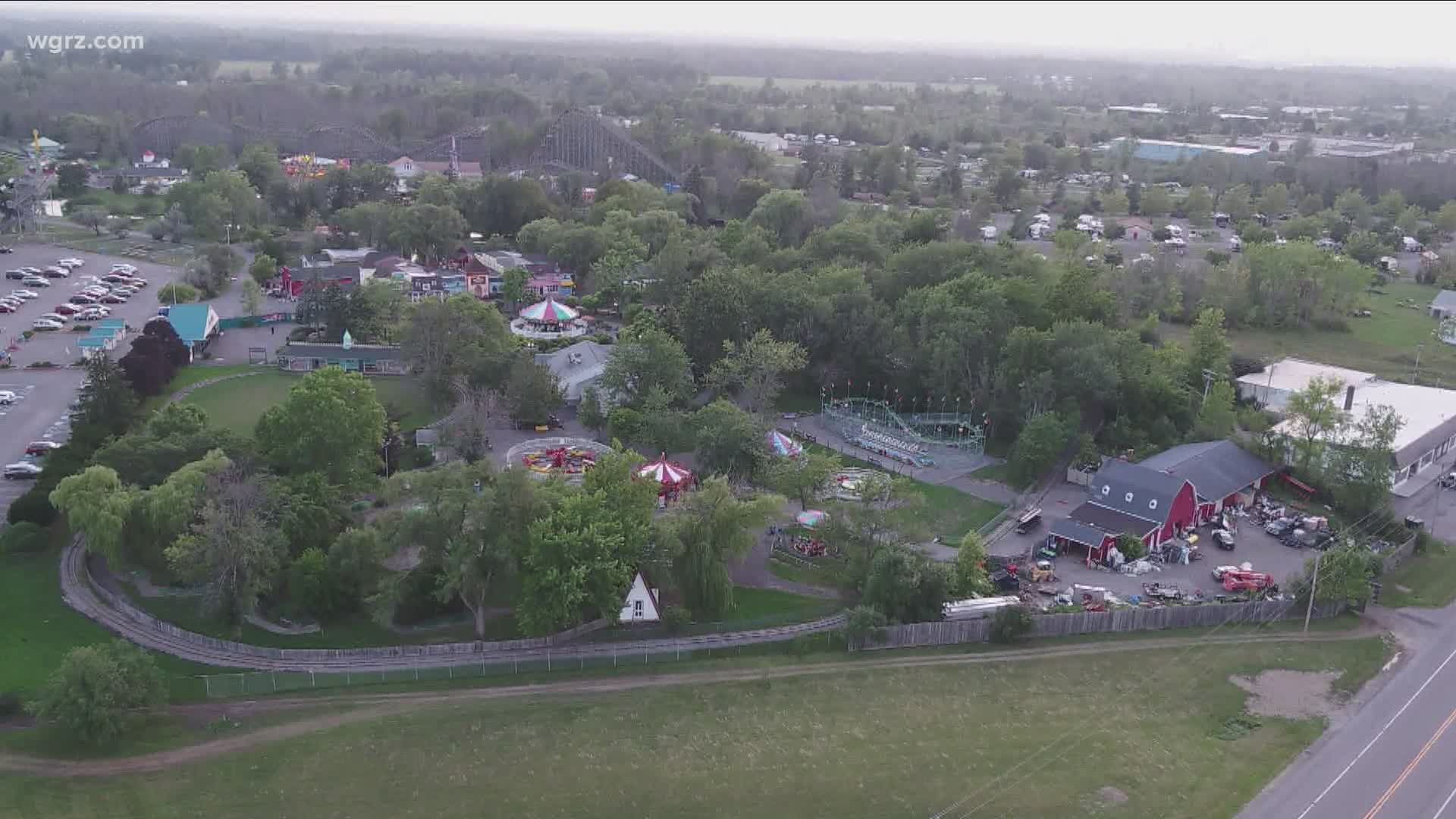 GRAND ISLAND, N.Y. — For many Western New Yorkers it was heartbreaking when news broke that fantasy island wouldn’t be reopening this year. Even if it had, the pandemic would have thrown a wrench into the plans of those who attend the attraction each year.

But a familiar face called a news conference Thursday to announce that plans to reopen the park with new ownership are nearly finalized.

"We’re gonna bring it back to being the family park that we need to have it be," Bill "Black Bart" Baldwin said.

"He’s taking a step back, and I’m stepping forward as Bill Baldwin, CEO of Empire Adventures, who are trying to reopen Fantasy Island."

Baldwin, along with a team of supporters that include Tim Herzog from Flying Bison Brewery and former Grand Island Deputy Supervisor James Sharpe, are in negotiations to purchase fantasy island from its current owners, Store Capital.

"We’re within a week, possibly two at the max," Baldwin said. "I’m looking to be possibly be having this paper signed." 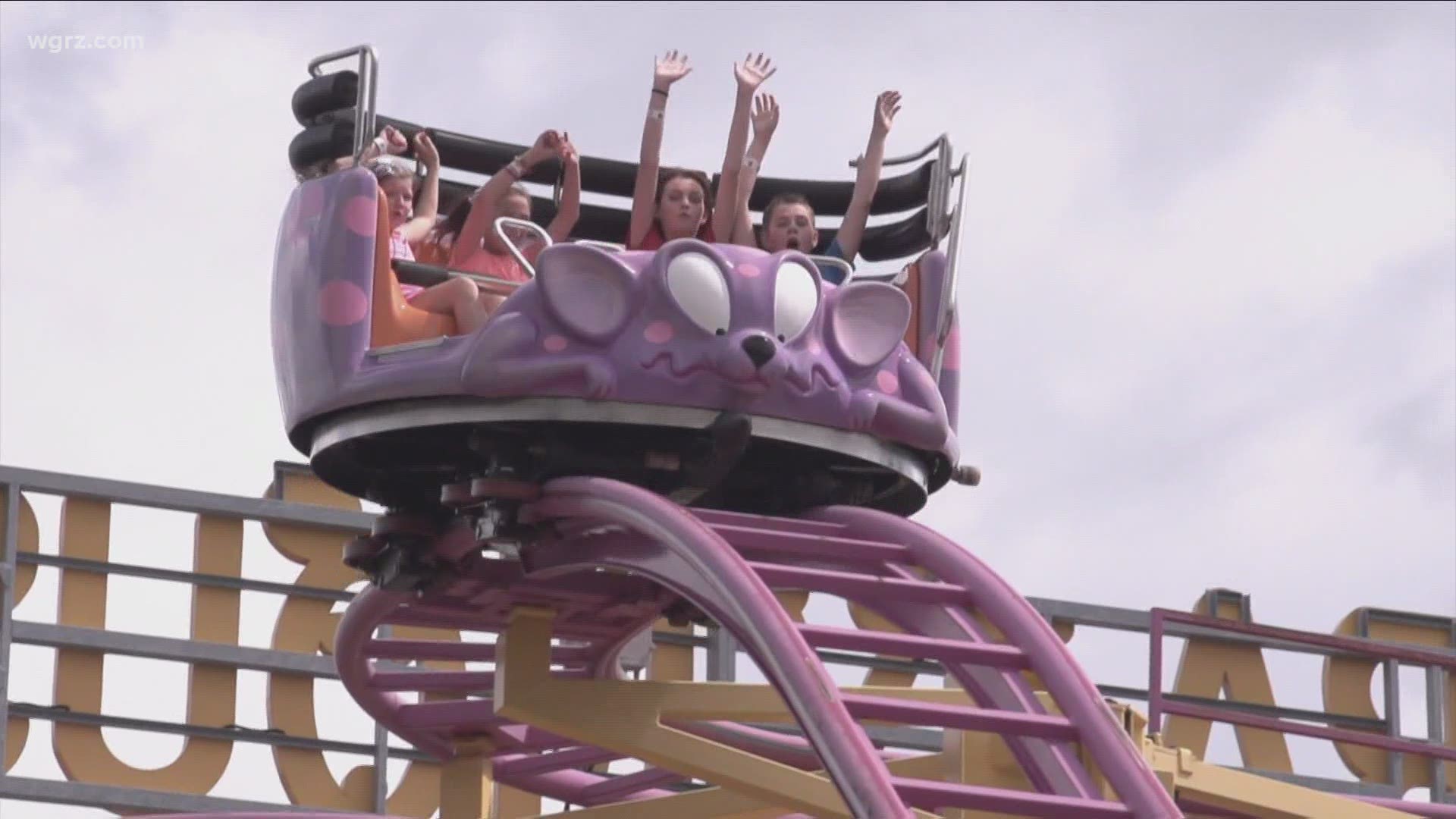 Details on the transaction were sparse but Baldwin said it would take a minimum of $5 million to "get into the park," and they don’t have enough right now to purchase it outright.

"We’re looking to lease it with a 15-year lease overall, " Baldwin said. "So still not going to say no to a buyout if we get the money."

As for supporter Tim Herzog, he’ll be helping Empire Adventures developing themes and a potential beer garden space in the park once it reopens.

"You know, Mom and Dad can sit and have a refreshment while the kids are having a soft drink, maybe a delicious root beer or something along those lines," Herzog said. "So we’re hoping to be able to be serving some beer in the park as well as being just supporters of seeing a great tradition. Stay in Western New York."

Baldwin said they have a five-year plan that they believe will be profitable and keep the park open for the long term. Right now they’re working to secure financing and didn’t rule out asking about state assistance for the project.

State assemblyman judge Angelo Morinello said that he’s encouraged that Empire Adventures is seeking private funding for the park. He said private-public partnerships are usually a best-case scenario and that could help their chances if they ask the state for assistance.

"We know that New York State is looking to do family entertainment to bring the family back," Morinello said. "So with them being able to do the initial purchases, have it going, then we will see and I anticipate that to be a few years down the road."

There's a lot of nostalgia that surrounds the park, but interest did wane in recent years. Sparking the interest of tourists and expanding the park is top of mind, according to Baldwin.

"We’ve got ideas for expansion to bring the park to the grassy area," Baldwin said. "Within five years, it’s not going to be there."

Baldwin said large swathes of the 75-acre theme park aren't being used, which leaves from for expanded water attractions and new rides. All of which are part of Empire Adventures five year plan.

Having tourists visit fantasy island, in addition to the COVID-19 pandemic has had a big impact on Grand Island, according to supervisor John Whitney. He said the trickle-down effect of the park being closed also impacted businesses

"These businesses around us are getting a symbiotic relationship out of that," Whitney said. "So they’re going to be hurting for it, and you know, it’s something that we need to see a return."

RELATED: Fun? Now? No. But group wants to reopen Fantasy Island next summer