Hofbrauhaus, the German beer hall on Scott Street in downtown Buffalo, has finally opened its doors. 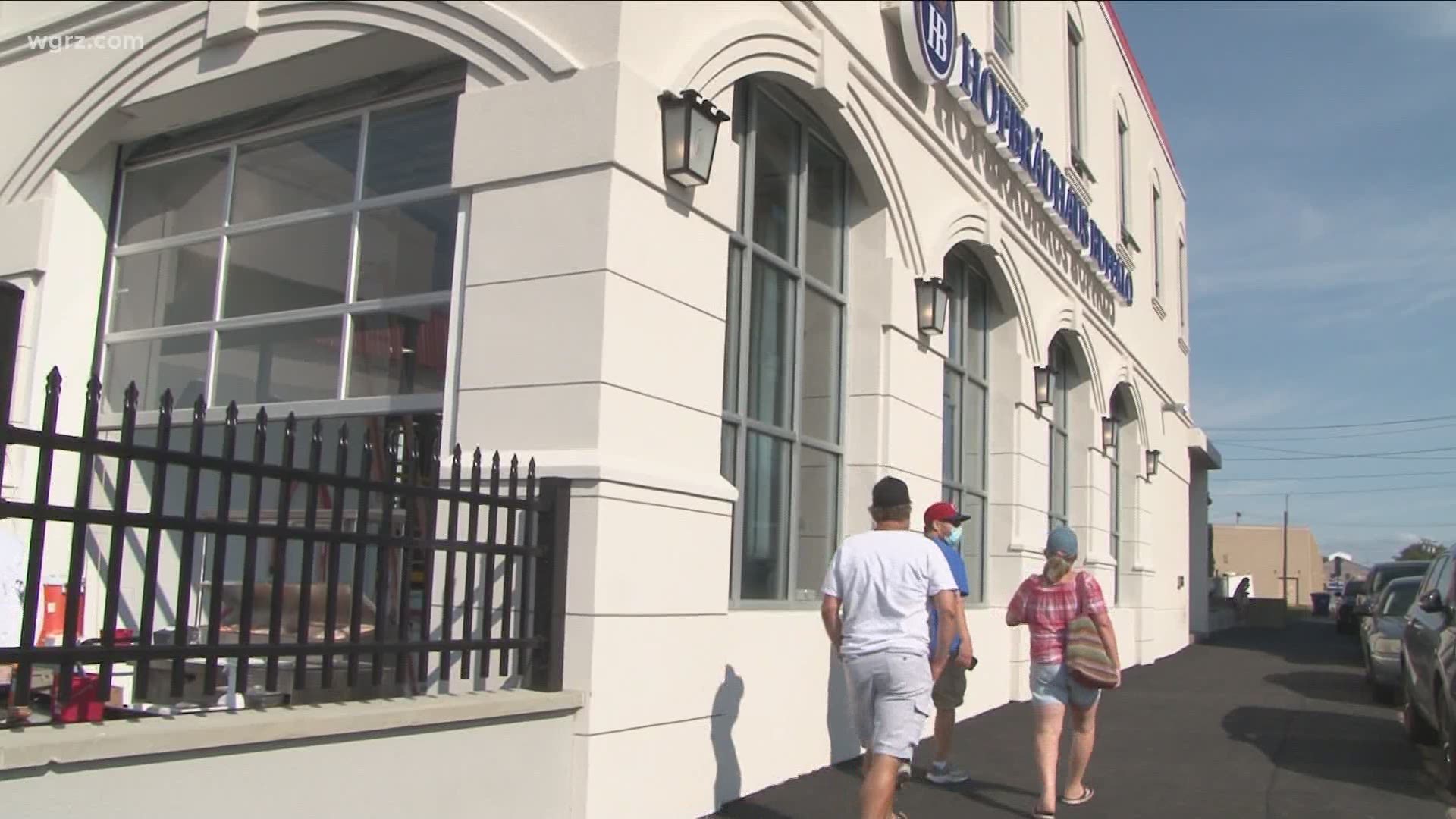 BUFFALO, N.Y. — The wait is officially over. Hofbrauhaus Buffalo, the German beer hall on Scott Street, has finally opened its doors.

The project was first announced in 2013, and the developer has announced openings every year since. Earlier this month Hofbrauhaus posted a lengthy job posting on Indeed, indicating that it might be opening soon.

Hofbrauhaus told 2 On Your Side it obtained its liquor license late Friday and is now conducting a soft opening.

Hofbrauhaus is a Bavarian themed restaurant that features German beer, food, and music. Its flagship location is in Munich, but there are franchised restaurants in the United States and around the world. This would be Buffalo's first Hofbrauhaus.

On social media platforms in May of 2019, the company believed that the location would be open as soon as August that year.