The new 130-acre site off Route 16 is just under 30 minutes away from Empire Cheese in Cuba. That plant will eventually close. 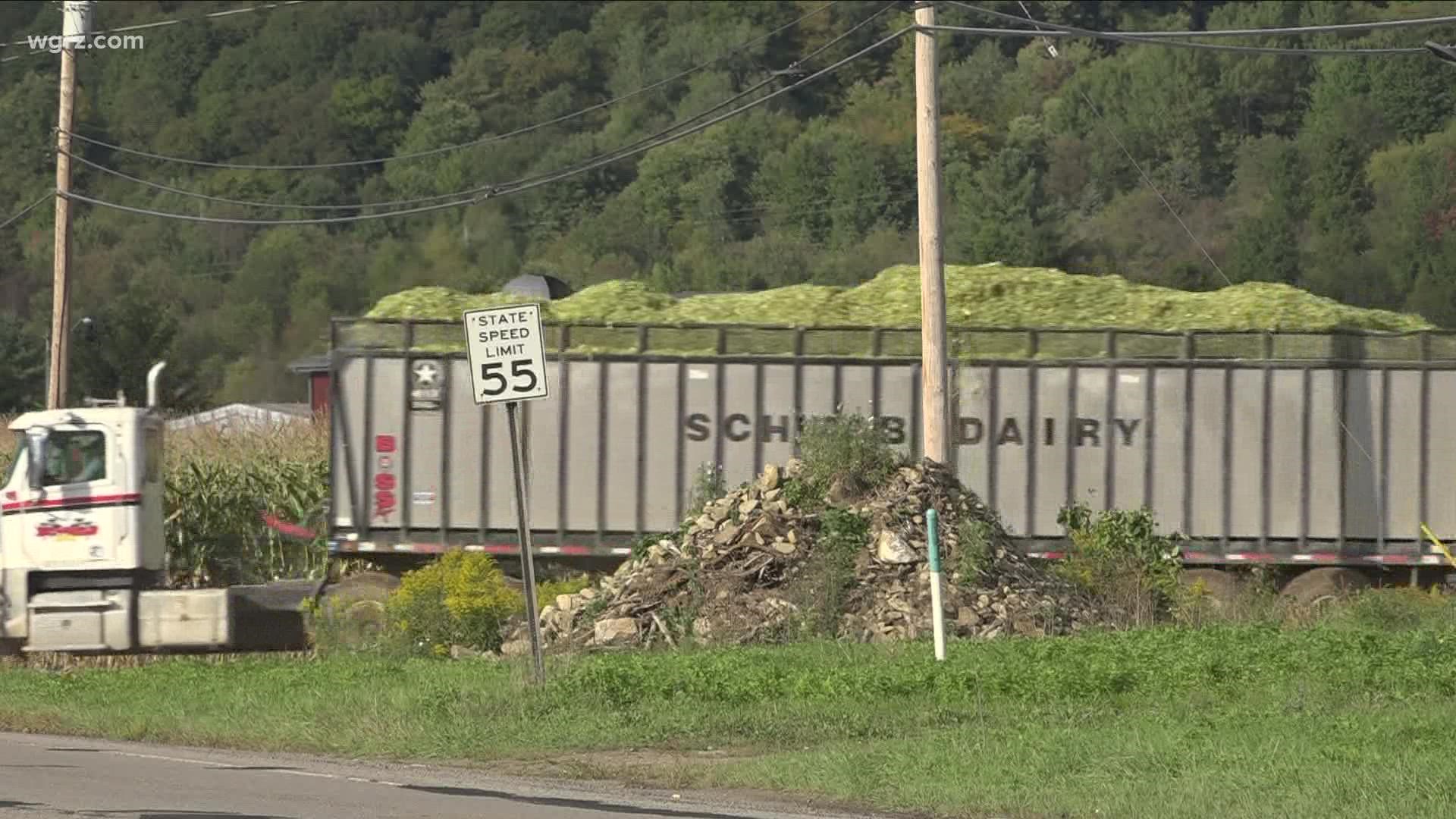 FRANKLINVILLE, N.Y. — The nearly two-year search for a new location in Western New York appears to have ended for Great Lakes Cheese.

The Ohio-based company that owns Empire Cheese in Cuba, New York, plans to relocate and build a new 486,000 square foot facility off Route 16 in Farmersville and Franklinville. The total cost of the project, according to Cattaraugus County officials, will be over $500 million.

Wiktor and his team adopted the project after the Allegany County Industrial Development Agency (ACIDA) said it was "no longer feasible" citing utility challenges. An attempt by the ACIDA to use eminent domain to secure land for the facility also drew controversy.

"Really, the primary driver was to identify a location that would allow us to retain the jobs, and therefore the livelihoods, of the 230 folks that are working at the Cuba facility," said Great Lakes Cheese Vice President of Technology Matt Wilkinson.

The new 130-acre site off Route 16 is just under 30 minutes away. Empire Cheese will eventually be closed having outlived its useful life the company says. Once complete, the new Great Lakes Cheese facility is expected to use double the amount of milk, four million pounds instead of two million.

"At the end of the day we're happy to retain the company that has had a long legacy in WNY, Allegany County to Cattaraugus County and certainly serving the dairy community and you know our region as a whole," Wiktor said.

The project is being privately funded by Great Lakes Cheese but per their agreement with the IDA, they won't have to pay property taxes on their new construction for the first 20 years. Taxes will be levied based on the value of the land alone.

In addition to retaining the 230 employees from Empire Cheese, the company says it plans to hire 200 additional people. Jobs will range in salary from $45,000 to $200,000 according to Cattaraugus County officials.

Wilkinson said Great Lakes Cheese hopes to break ground on the project in April of next year, finish by the end of 2023, and have cheese going through the new facility by late 2024. Wiktor said it's an aggressive timeline but he's optimistic.

'You know there are still some hurdles out there but we do think collectively as a development team assisting Great Lakes Cheese that those hurdles are very manageable," Wiktor said.

The New York Department of Transportation is conducting a traffic study along Route 16 and Wiktor added he hopes to have permits for stormwater and air quality complete by January.

Finding more cows, however, may be the biggest challenge.