The Grand Island Town Board voted to have a public hearing on August 13. 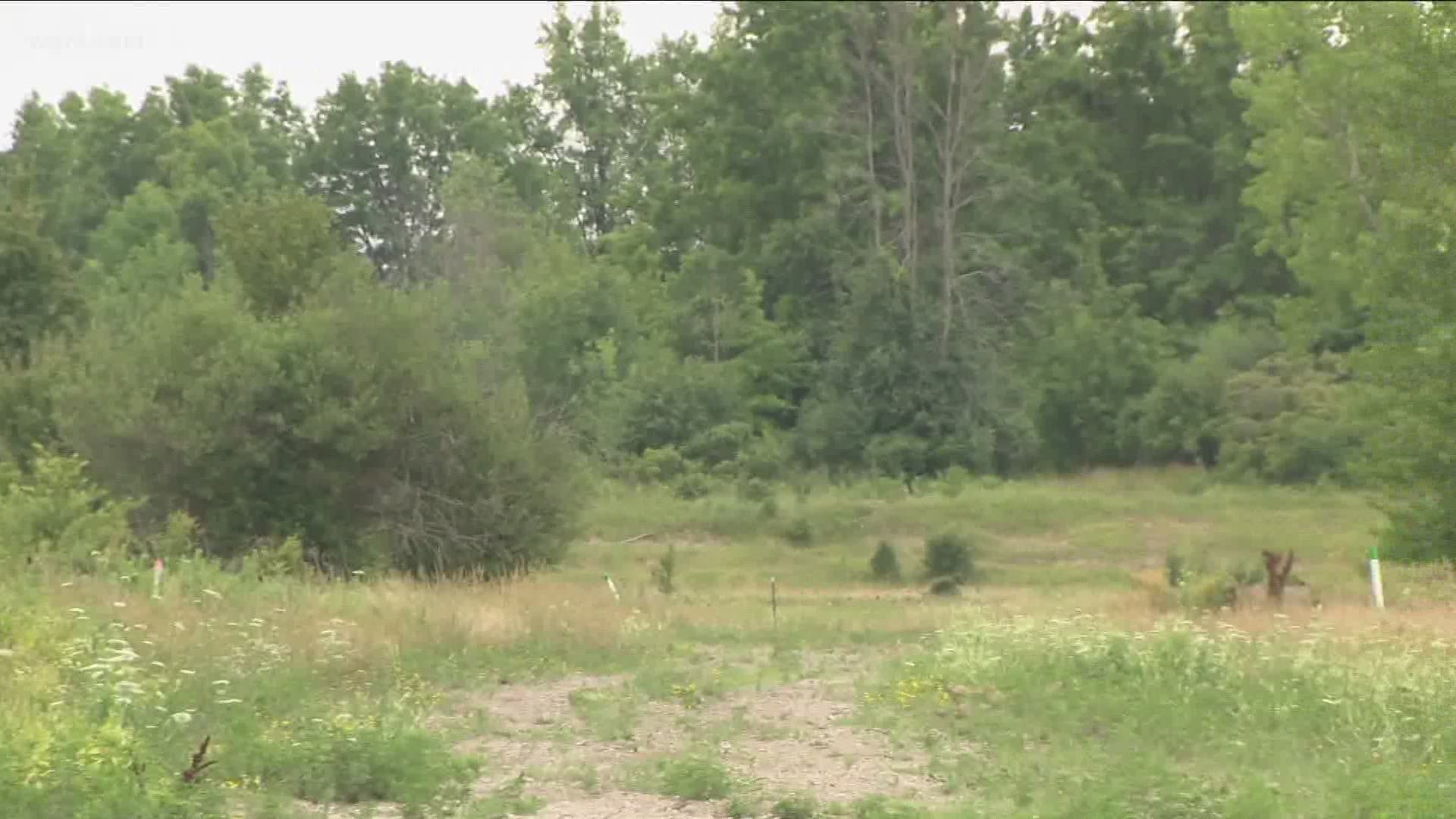 GRAND ISLAND, N.Y. — The Grand Island Town Board voted Monday night to hold a public hearing on August 13 regarding the proposed Amazon Distribution Center project. The hearing will be broadcast online starting at 7 p.m., but people will also be allowed inside Grand Island Town Hall to individually address the board.

The Coalition for Responsible Economic Development for Grand Island held a peaceful protest in response to the proposal to build a 3.8 million square foot Amazon warehouse on the Island.

Dozens of people gathered outside Grand Island Town Hall ahead of Monday nights board meeting to demand multiple public hearings be held on the project before a final vote is taken.

The proposed warehouse would require a vote whether to rezone the property at 2780 Long Road and whether to accept the $10 million incentive zoning request.

The group is asking for at least three public hearings before that happens.

On Wednesday, 2 On your Side spoke with Grand Island Supervisor John Whitney, a former town engineer, during our evening Town Hall.

He said he has not made up his mind on this and says the board will follow the facts. Whitney added that if it's good for the town, he'll vote to approve; if it's bad, he'll reject it.

You can watch the interview here: 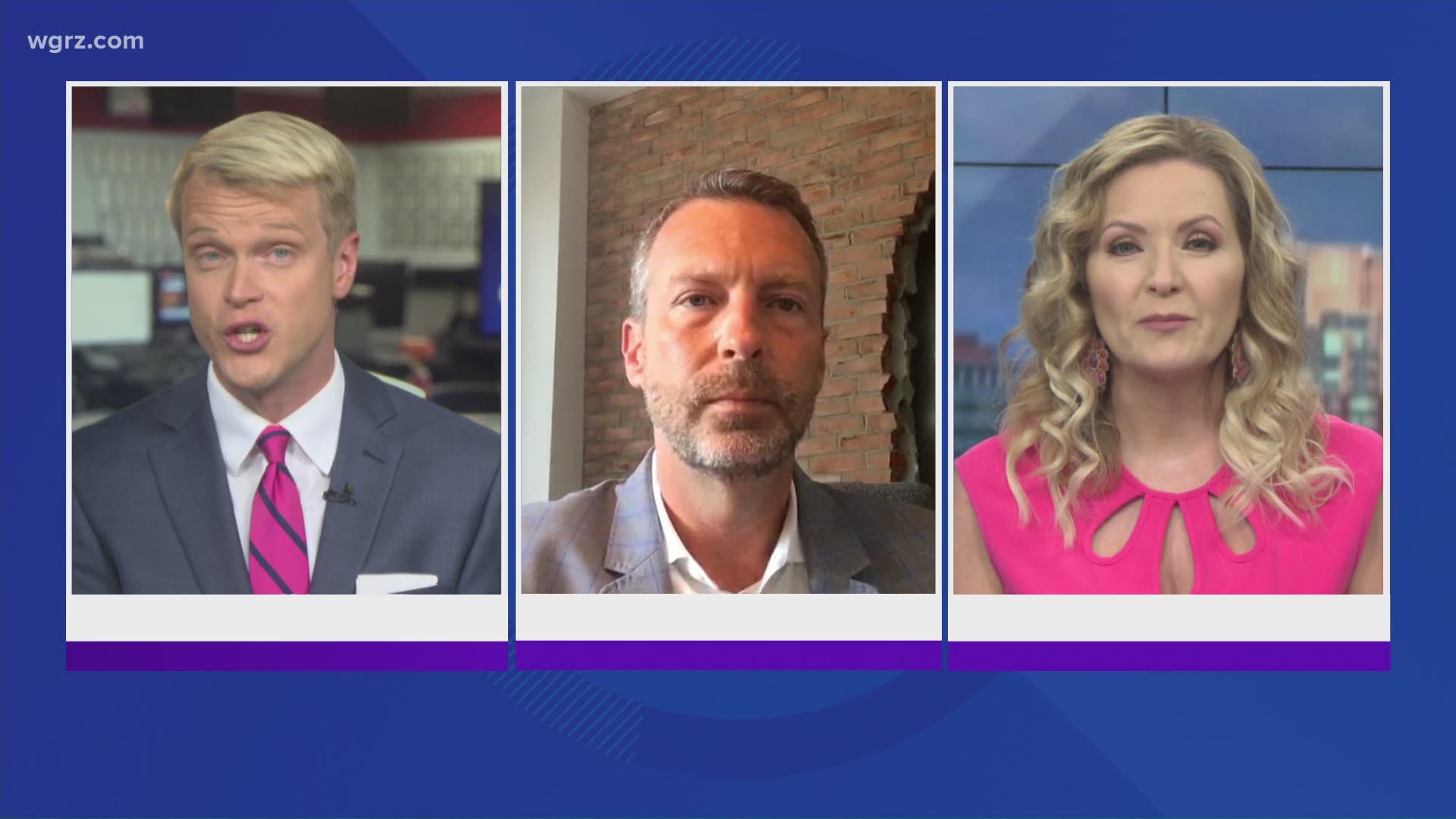 Kimberly Nason, an attorney for Phillips Lytle LLP representing TC Buffalo addressed the Town Board Monday and said the $10 million incentive money could be used to fund construction of a community center, create a bike trail and other infrastructure projects.

She also addressed what she called "inaccuracies" circulating about the project involving truck traffic.

The project has been met with controversy from some Grand Island residents who say they don't want it.

“I’m against the Amazon warehouse because we have a beautiful island here and we don’t need the tractor trailer trucks going back and forth over the bridges,” said Grand Island resident Suzanne Ryan who attended Monday's protest.

Protestors are marching with “No Amazon Warehouse” signs in the parking lot of G I Town Hall.
The Town Board is expected to vote on a public hearing for the project tonight.
A spokesperson for the group said they want multiple public hearings saying one is not enough.@WGRZ pic.twitter.com/pSIUFs1P5W

However, Erie County Executive Mark Poloncarz has said he is in support of the project. He said during a briefing last month he is urging the board to pass it, based on the benefits it would bring Western New York.

“We believe this is one of the strongest deals that any locality would receive with regards to the revenue that’s generated for the siting of the Amazon project in Erie County," Poloncarz said. "And then, of course, there are the jobs that are created. There would be higher level jobs, management jobs that would pay higher salaries, but we’ve heard of at least 1,000 jobs throughout the entire year, going up to 1,500 jobs at certain times of the year, paying at least a minimum of $15 an hour with benefits—that $15 an hour is greater than the living wage in Erie County for a single individual. This is not an inconsequential project. This is a project of regional significance.”