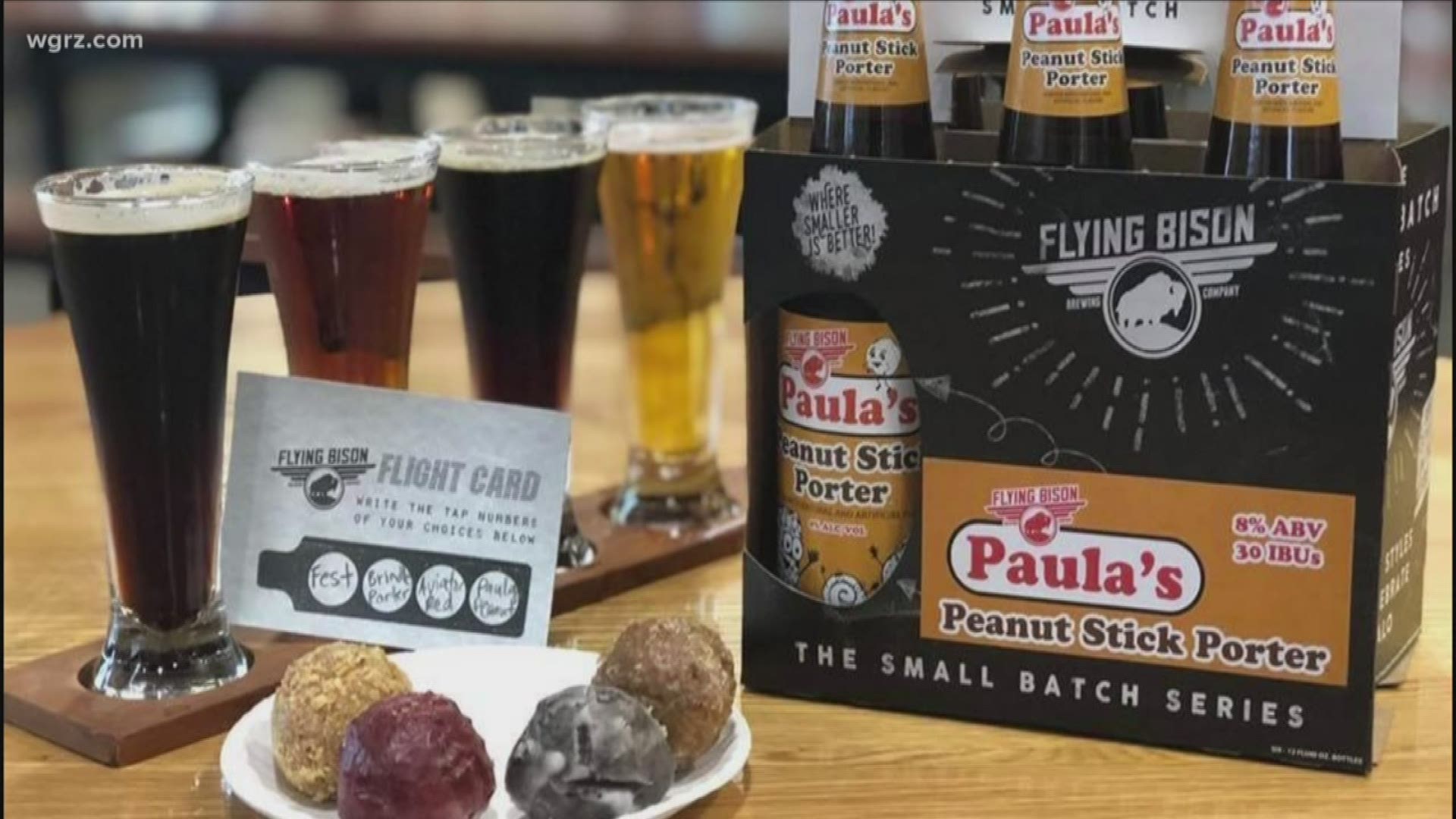 BUFFALO, N.Y. — Paula's Donuts and Flying Bison are two of Western New York's most beloved local brands, so imagine the thought of the two of them together.

They had some fun with this video posted on Facebook too.

You can get it now at the brewery, or you can grab a six-pack in stores during the weekend.

And next year, Paula's opens up its new shop just down the street from the brewery in Larkinville.

RELATED: Alcohol-free bar open for one and all in Buffalo