The FAA is investigating whether airports here and in San Antonio discriminated against the fast-food chain. 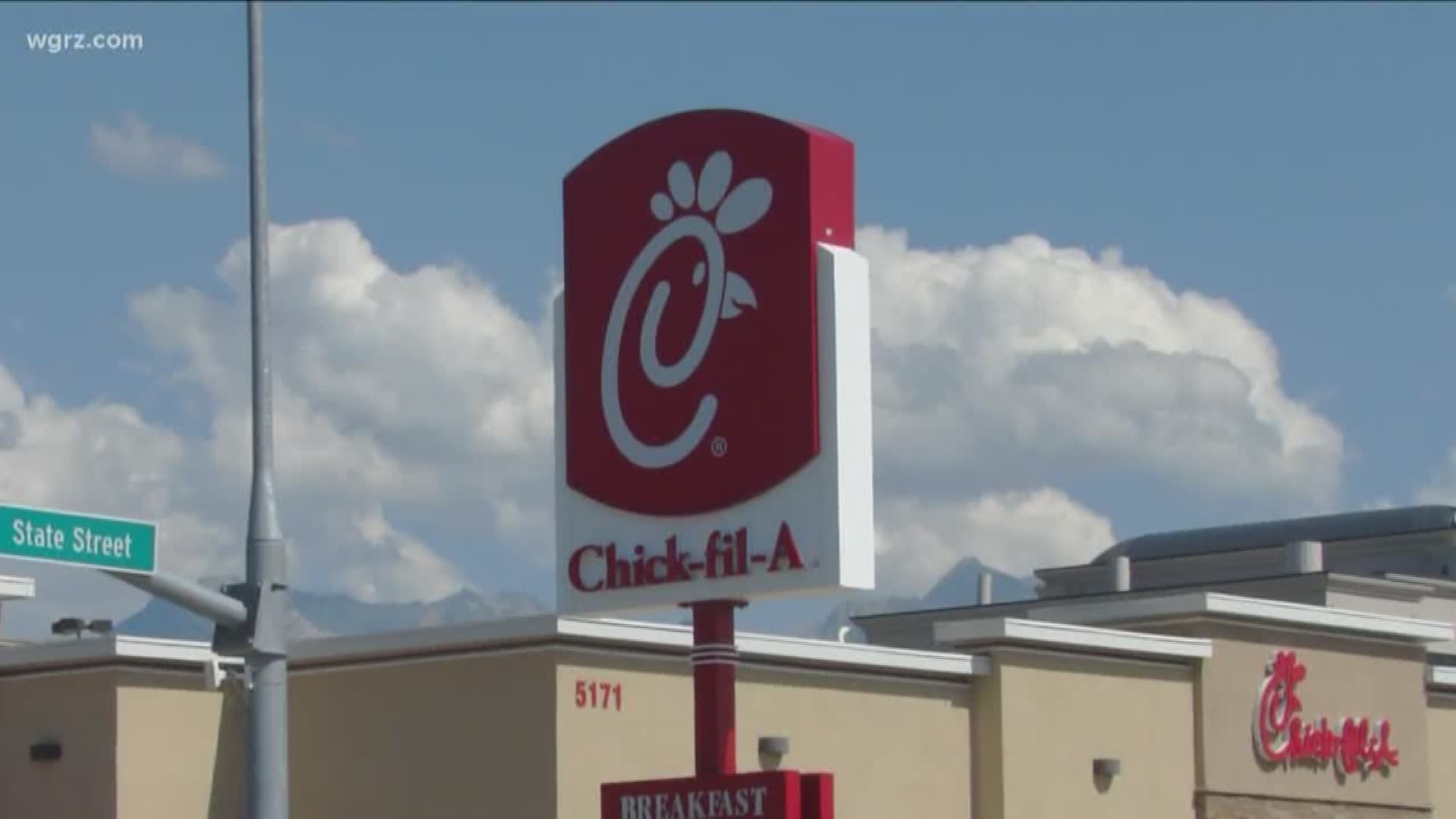 BUFFALO, N.Y. — When the Buffalo Niagara International Airport and Delaware North decided not to move forward with plans to bring the Chick-fil-A to the facility, it drew tons of discussion around Buffalo.

But Buffalo wasn't the only community embroiled in this debate about the popular franchise, and now there is a federal investigation underway.

The Federal Aviation Administration is investigating whether the airports and their respective cities discriminated against the fast-food chain. This comes after several community members spoke out against Chick-fil-A.

When the plans were first announced, Assemblyman Sean Ryan told 2 On Your Side, "The money you spend at Chick-fil-A goes to fund some pretty ... anti-gay and lesbian policies."

The full statement from the FAA reads:

"The Department of Transportation has received complaints alleging discrimination by two airport operators against a private company due to the expression of the owner’s religious beliefs. FAA’s Office of Civil Rights has notified the San Antonio International Airport (SAT) and Buffalo Niagara International Airport (BUF) that it has opened investigations into these complaints. The FAA notes that Federal requirements prohibit airport operators from excluding persons on the basis of religious creed from participating in airport activities that receive or benefit from FAA grant funding. The findings of the investigations will be communicated to the complainants once the investigations are completed."

The investigation into the San Antonio International Airport comes after, the First Liberty Institute, a firm focused on religious freedom wrote a letter to the Secretary of Transportation, urging the department to look into the issue.

That letter reads in part:

"San Antonio should welcome the opportunity to add so popular and successful a restaurant as Chick-fil-A to its airport food offerings, not discriminate against it because the City Council disapproves of its charitable choices. In fact, the Constitution, Federal, and Texas law require the City to provide Chick-fil-A an equal opportunity to compete regardless of what City officials may think of its beliefs. The City Council should reconsider its unconstitutional decision to exclude Chick-fil-A."

The First Liberty Institute's Deputy General Counsel, Jeremy Dys said, "These cities can discriminate all they wish to. They can make all the kind of virtue signalings that they want to send. What they cannot do is use federal taxpayer dollars in order to do so. That is unlawful. That is religious discrimination and at a certain hostility that the Constitution just simply forbids."

In April, U.S. Civil Rights Commissioner Peter Kirsanow made a similar argument. He sent a letter to the Niagara Frontier Transportation Authority, saying it may have broken the law when it dropped plans for a Chick-fil-A.

Kirsanow previously old 2 on Your Side, "A governmental actor cannot discriminate against a private contractor for exercising first-amendment rights, which includes the right to provide financial support to a cause in which they believe."

An NFTA spokesman reiterated its position, saying the decision not to move forward with Chick-fil-A was made by Delaware North, not the NFTA.

Deadline looms to get a REAL ID