Six members of the Buffalo Common Council adopted a resolution Tuesday that strongly urges state and local lawmakers to consider. No funding was offered. 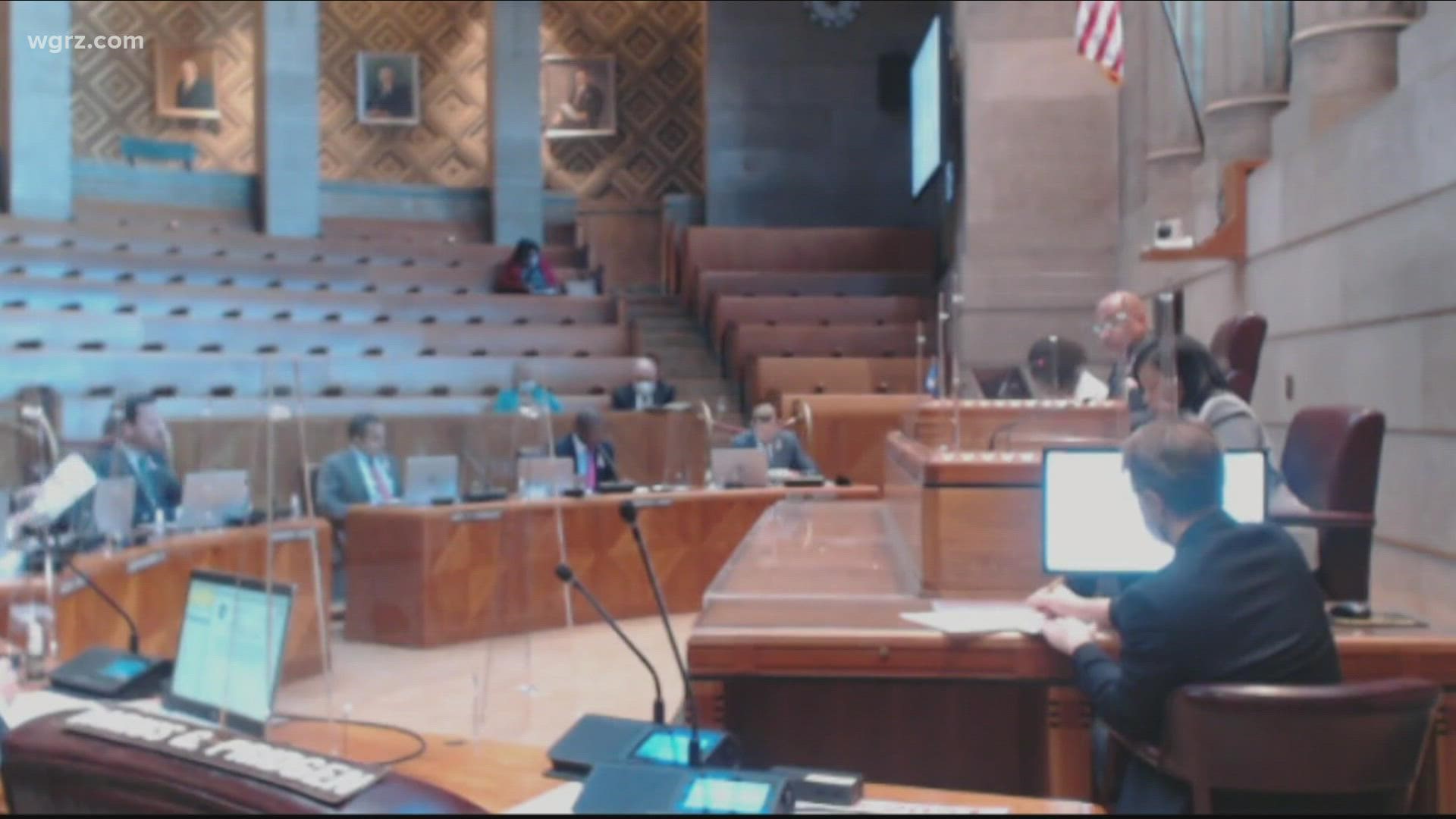 BUFFALO, N.Y. — It remains a long road until we will truly know where a potential new Bills stadium will be located in Western New York, but this week, one of the options got some new backing.

Six members of the Buffalo Common Council are trying to tip the scale in favor of bringing the Bills back into the city. The group includes President Darius Pridgen, Jon Rivera, Christopher Scanlon, Joel Feroleto, Bryan Bollman, and Rasheed Wyatt.

On Tuesday, they adopted a resolution stating their belief that local and state lawmakers have a chance to correct the mistake that moved the team to Orchard Park in the late 1960s. Copies of the resolution were sent to Buffalo Mayor Byron Brown, the Buffalo delegation of the Erie County Legislature, Gov. Kathy Hochul, and the Buffalo delegations of the New York State Senate the Assembly.

The gesture is not binding but rather a request for "strong consideration."

"When we think about the economic impact in other cities that have done similar things, that their stadiums are downtown. We are on the move, we are growing, but not to put the Bills back in Buffalo ... we all should be ashamed if we don't," University District Council Member Rasheed Wyatt said.

It's a topic many feel strongly about, with opinions built up over a decade of discussion. A local design firm, BMS Design Studio, even put together renderings of what a replacement stadium could look like, following the passage of Tuesday's resolution.

The artistic interpretations are not a part of any proposal, nor do they consider the target $1 billion-plus budget proposed by Pegula Sports and Entertainment and the state, but they do paint quite a picture. The renderings even utilize one of the locations that the multi-national engineering firm AECOM was told to consider when hired by the state: South Park Avenue and Louisiana Street just south of the 190. The site is 90% owned by the City of Buffalo.

"The cost up front would be a lot more to build in the City of Buffalo, and that would be one of the challenges that we would have to overcome," Niagara District Council Member David Rivera said.

"But that is a challenge I think we should overcome because over the period of time, I think it will be an economic boom for the region and the city."

When asked about the new push being made by the Buffalo Common Council, New York Governor and Western New York native Kathy Hochul said it plainly Wednesday.

The reporter asked, "Is this is a serious consideration?"

Her response: "It is one of the options being discussed in [our] report, and I would not be doing my job as a fact-finder in this if I pre-judge a location before the anticipated report comes out."

Pegula Sports and Entertainment has said their preferred choice is to remain in Orchard Park and build across from their current location on Abbott Road. PGE has said opting for a downtown location could cost an additional $1 billion.

On 2 On Your Side's Town Hall Wednesday, Michael Wooten and Kate Welshofer spoke with Marc Ganis, President of SportsCorp Limited, who has been involved in several other stadium negotiations.