Company owners say the transformation was several years in the making, and they don't see the momentum slowing down any time soon. 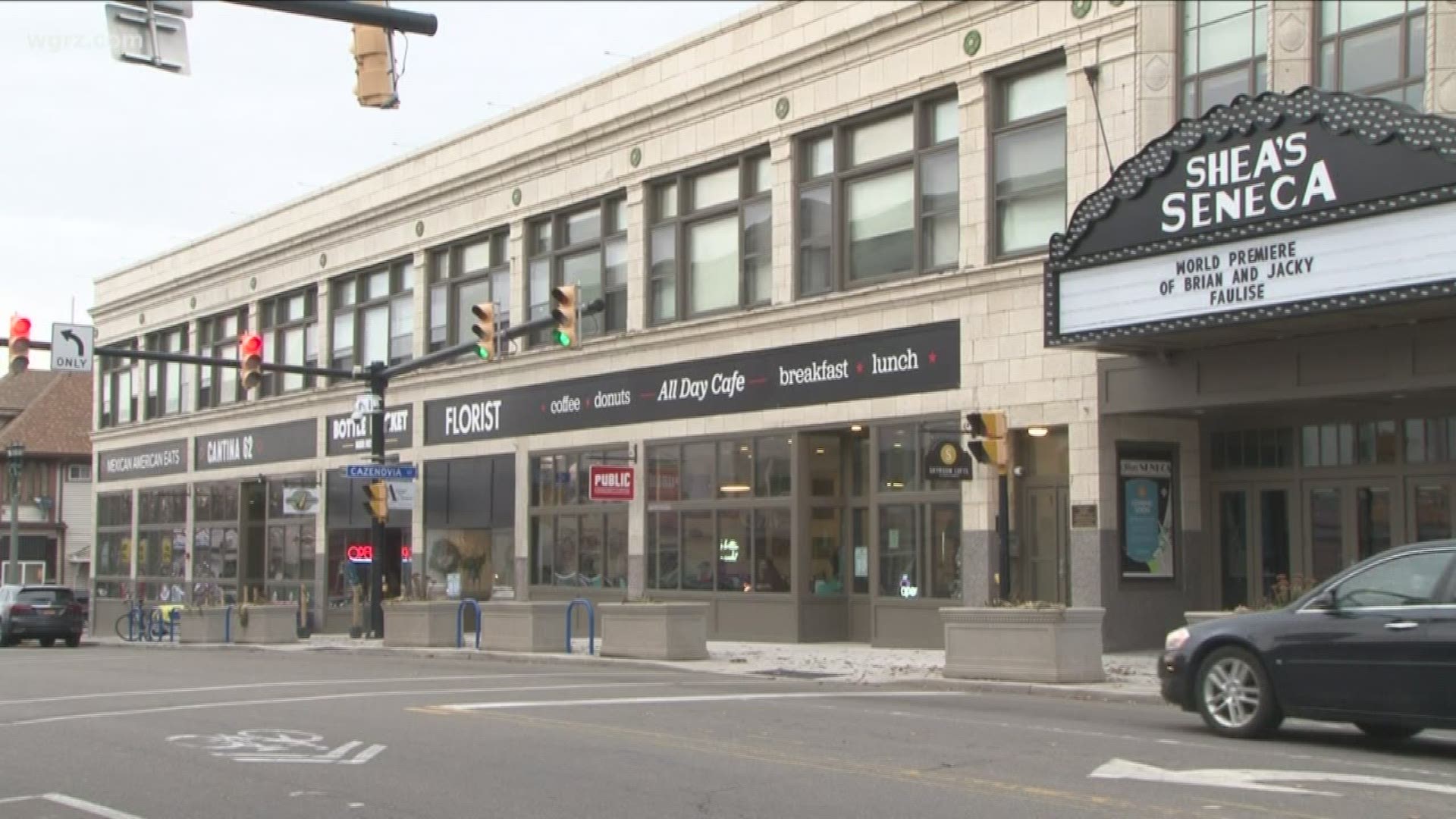 But that's changing, all because of the development happening on Seneca Street.

Patrick Lalley is a South Buffalo native and one of the owners of The Blackthorn Restaurant & Pub, a staple on Seneca Street since the late 1970s.

He told 2 on Your Side, "We took over in 2005, and we were kind of the lone show. A couple of other places were holding on, and then in the last five years it's been so refreshing to see other people really invest serious money with great ideas and hard work and effort."

Now several locally owned businesses have found a new home on Seneca Street, with Shea's Seneca playing a major part in the transformation.

"I get 'wow' a lot, and they all look toward the ceiling," said Ali Martin, the sales manager Shea's Seneca when talking about guests seeing the property for the first time since the renovation.

"It's contagious. I mean, when they approached us about this project, we just kind of fell in love with the idea of Seneca Street sort of being revitalized from the ground up," said Sam Scarcello, the co-owner of Public Espresso + Coffee.

Darlene Ungaro is another South Buffalo native who has recently returned to her hometown to open the Urban Kottage, a furniture restoration and retail shop.

"I'm back in the old neighborhood and very happy with it," Ungaro said, adding "I've been here for 10 months, and I've seen quite a bit happen since that time."

There's a new energy in this special neighborhood that business owners say was several years in the making.

"The infrastructure was sitting here waiting to happen. It was waiting to be an Elmwood or a Hertle Avenue. It was once that, and we're just heading back in that direction, and people are excited for it," Lalley said.

Added Scarcell: "It's been a long time coming, and everybody's been waiting for these things to happen, and we've got great people at the driver's seat sort of leading the charge, so I think it's only gonna go up from here."

While a lot of visitors came to the area for Small Business Saturday, you may want to mark your calendar for December 13. That's when the annual Shop South Buffalo event will take place.

RELATED: Western New York is getting in on Small Business Saturday