The demand for pools, in part, comes from people wanting to make upgrades to their house after spending so much time at home during the COVID-19 pandemic. 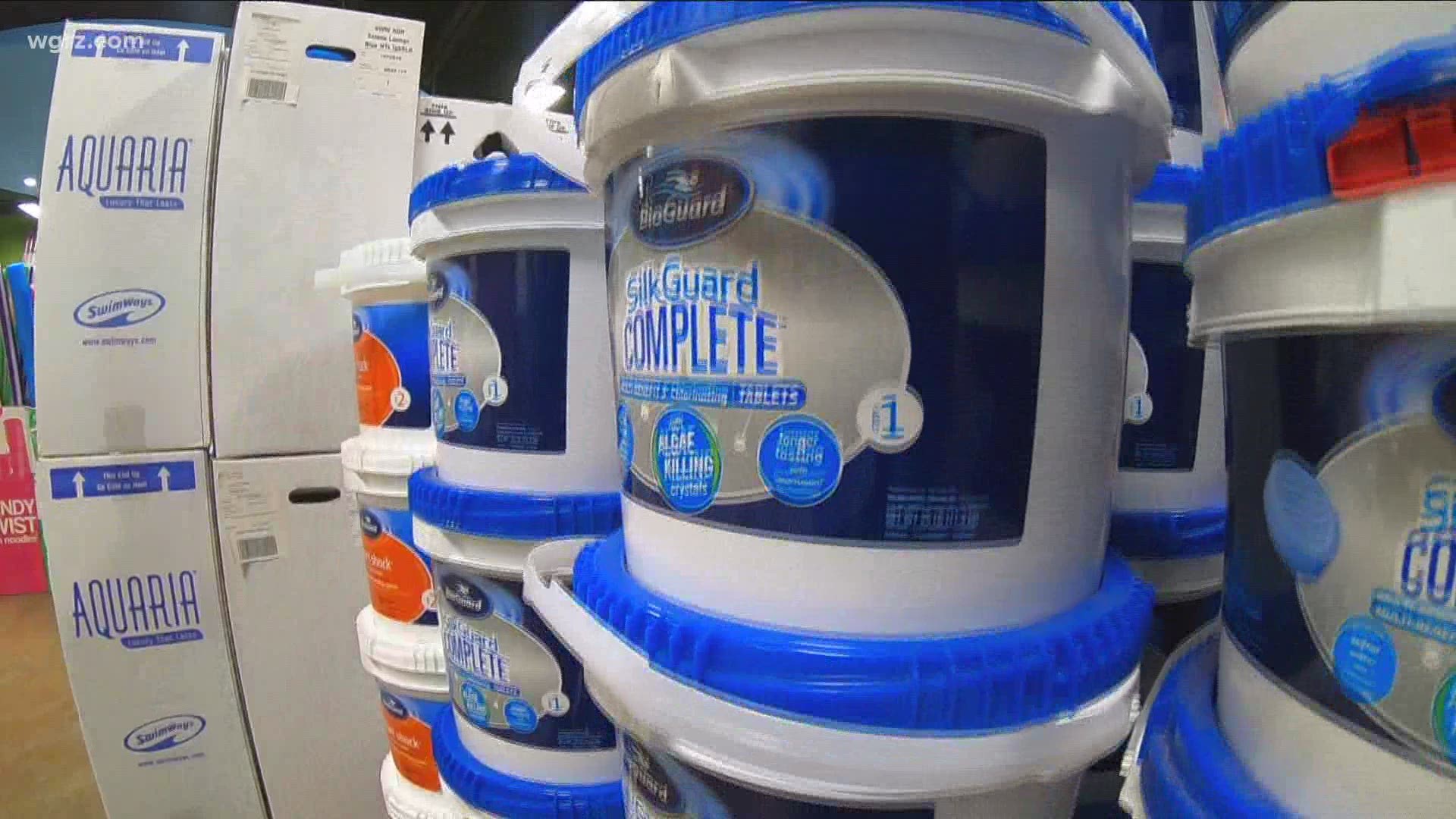 BUFFALO, N.Y. — With warmer weather on its way and more time spent at home, many people want to get a pool for their home.

"The demand is through the roof. I've been here 30 years. I've honestly never seen anything like this, even in the hottest of summers that we've had," according to Colley's Pools & Spas general manager Eric Fusco.

Colley's Pools and Spas has multiple locations in Western New York, and Fusco said if you want a pool, prepare to wait. Typically, the store would book pool installations a few months out, but right now it's more than a year wait.

"We are currently booking out, I believe, at least for vinyl and fiberglass, sometime in July, maybe even August by now, midsummer of 2022 next year," he continued.

Fusco believes the demand comes from people wanting to make upgrades to their house after spending so much time at home during the COVID-19 pandemic.

Along with the increased demand, the industry is facing a nationwide chlorine shortage.

NBC reports one of the country's major suppliers of chlorine tablets, BioLab, burned down last August, right after Hurricane Laura, which is one of the major reasons for the shortage. It has led to a spike in prices and difficulty for retailers to keep it in stock.

Fusco said fortunately their supplier has been able to keep up with customer demand but added that chlorine, among other things, will cost more.

"Pricing for everything skyrocketed, chlorine probably not as much as some other things, but I think everything is just jumping up," he said.

Gary Pools and Leisure, located on Niagara Falls Boulevard in Amherst, posted on its Facebook page in February that this year was going to be challenging due to a low supply of chlorine tablets.

Due to an unfortunate factory fire, we are expecting a shortage of chemicals. Come in and stock up for the summer! We are offering Bioguard, Sustain, and Colley's chemicals for 10% off until April 30. pic.twitter.com/LozL94Dv5m