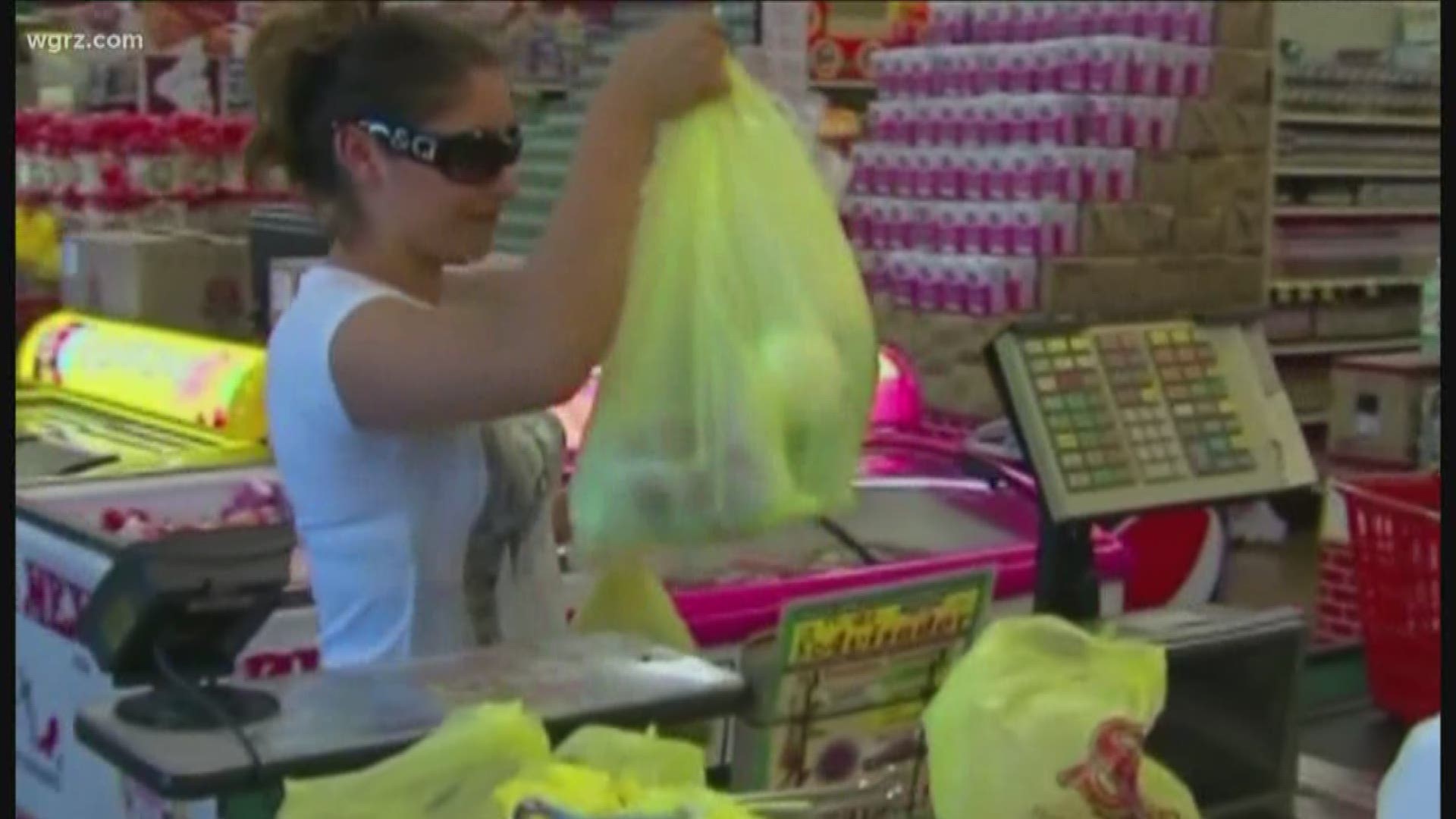 BUFFALO, N.Y. — In a little over a week, plastic bags will be banned across the state of New York.

The state department of environmental conservation released a series of new regulations to define the restrictions on plastic bags before the March 1 deadline.

Some experts raised concerns over the thickness threshold that was placed in the regulations. 2 On Your Side spoke with Dr. Mildren Warner, a professor at Cornell University, about the regulations.

Warner is a professor of city and regional planning at Cornell University. She told 2 On Your Side's Karys Belger that she had observed how similar bans were put in place across the country.

Her concern is that a retailers will find a way around regulations.

"The important thing is if you put a threshold on thickness, you will see some retailers move beyond that threshold as a way to avoid the ban," she told 2 On Your Side.

The current regulations outlined by the State Department of Environmental Conservation says that plastic bags may not be distributed in stores that are less than 10 mils thick; 10 mils equals approximately 0.01 inches.

The regulations also specify that plastic used for sliced and prepared foods are exempt. Dr. Warner says there is still cause for concern.

"You want to make sure that you’re not just encouraging retailers to go to a thicker bag because the goal here is to get rid of single-use bags," she said.

RELATED: New York State: consumers can bring, use their own plastic bags