City of Tonawanda turns to solar projects to help budget 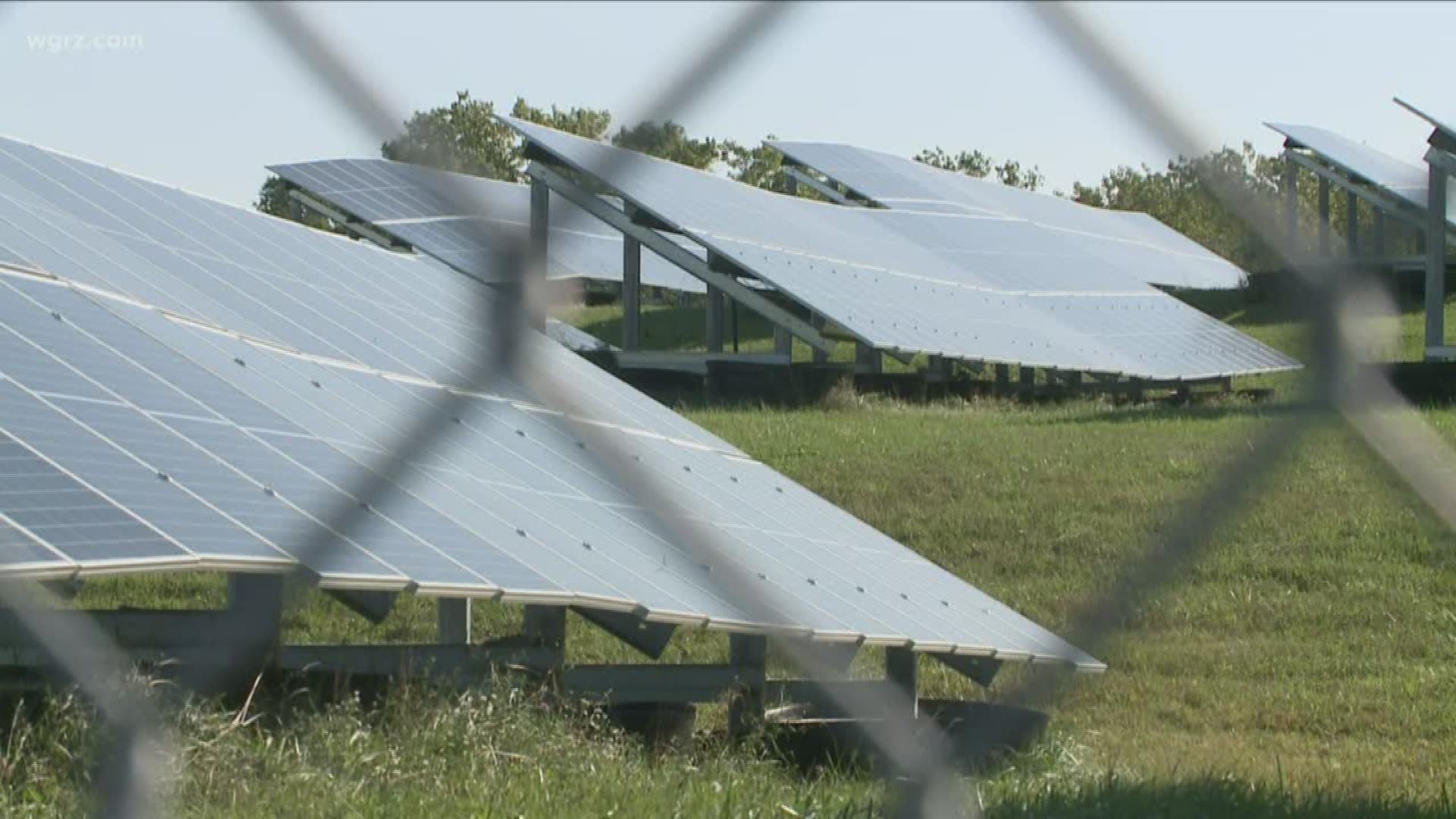 TONAWANDA, N.Y. — A former landfill in the City of Tonawanda is now making clean energy for Western New York.

The city showed off one of its five new solar projects on Wednesday at the former landfill on Wales Avenue.

"By going solar, we bring more certainty to be able to budget accordingly," City of Tonawanda mayor Rick Davis said. "By entering into a power purchase agreement with Montante, the city enjoys the benefits of switching to solar without the costs of maintaining the solar arrays."

The other four solar projects are on roofs of city buildings, and the city didn't have to pay anything for them, only for the electricity they're making.