Western New York looked on track to get another Chick-Fil-A restaurant, but it has been taken out of plans for the airport. 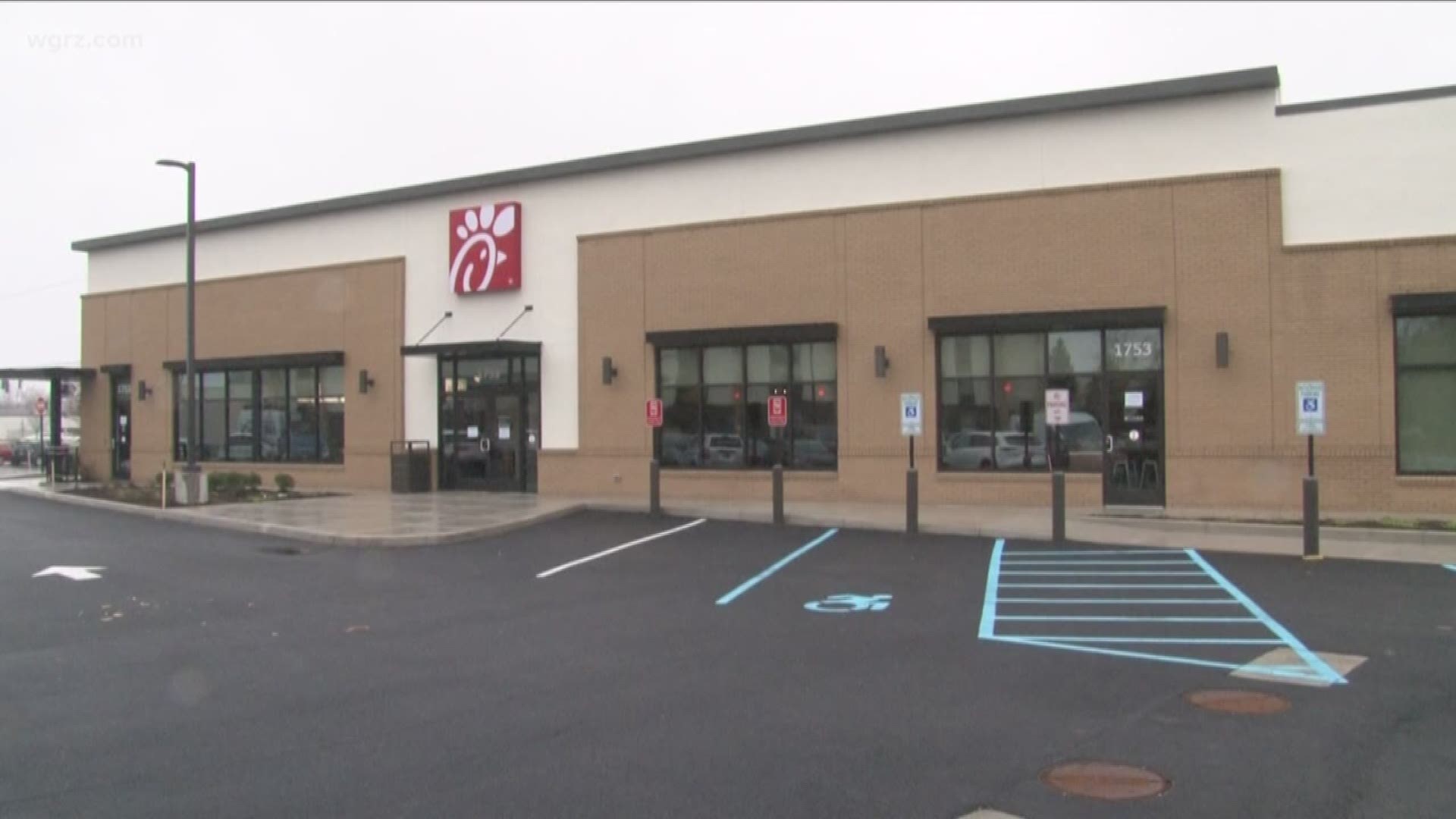 CHEEKTOWAGA, N.Y. — The Buffalo Niagara International Airport will not be getting a new Chick-fil-A as part of a project to redesign its dining options.

The NFTA confirmed Friday afternoon that the popular restaurant is no longer a part of plans to revamp the airport's food court.

Delaware North, which runs food operations at the Buffalo Niagara International Airport, wanted to add a Chick-fil-A. The NFTA approved tentative plans on Thursday during a board meeting.

But Friday afternoon, Democratic Assemblyman Sean Ryan says he spoke with the vendor of the airport food project and was informed that a Chick-fil-A restaurant will not be a part of the project.

Ryan released a statement Friday, which you can read below.

“Earlier today I spoke with the vendor of the Buffalo Airport food court project, and they informed me they will not be opening a Chick-fil-A as a part of their airport project. A publicly financed facility like the Buffalo Niagara International Airport is not the appropriate venue for a Chick-fil-A restaurant. I applaud the decision that has been made to remove Chick-fil-A from the plans for this project.

We hope in the future the NFTA will make every effort to contract with businesses that adhere to anti-discriminatory policies, and we’re confident another vendor who better represents the values of the Western New York community will replace Chick-fil-A as a part of this project in the very near future.”

Assemblyman Ryan first called on the NFTA to reconsider their approval of the plan Thursday night because of what he calls a long history of Chick-fil-A supporting and funding anti-LGBTQ organizations.

The NFTA responded to the Assemblyman's concerns with a statement of their own:

"First and foremost, the NFTA is an organization that prides itself on its strong commitment to diversity and inclusion and stand firmly against any form of discrimination. We have the (utmost) respect for Assemblyman Ryan and consider him a great partner and friend to us. We will reach out to him and discuss his concerns."

Chick-Fil-A released the following statement in response to the controversy:

“Recent coverage about Chick-fil-A continues to drive an inaccurate narrative about our brand. We do not have a political or social agenda or discriminate against any group. More than 145,000 people from different backgrounds and beliefs represent the Chick-fil-A brand. We embrace all people, regardless of religion, race, gender, ethnicity, sexual orientation or gender identity.“

Delaware North would not confirm any final plans for the changes. They did tell us in a statement was that the company is excited to be working with the NFTA on the food and beverage renovation.