Buffalo's proposal centered on the city's tallest building — One Seneca Tower — and included more than $500 million in local tax breaks. 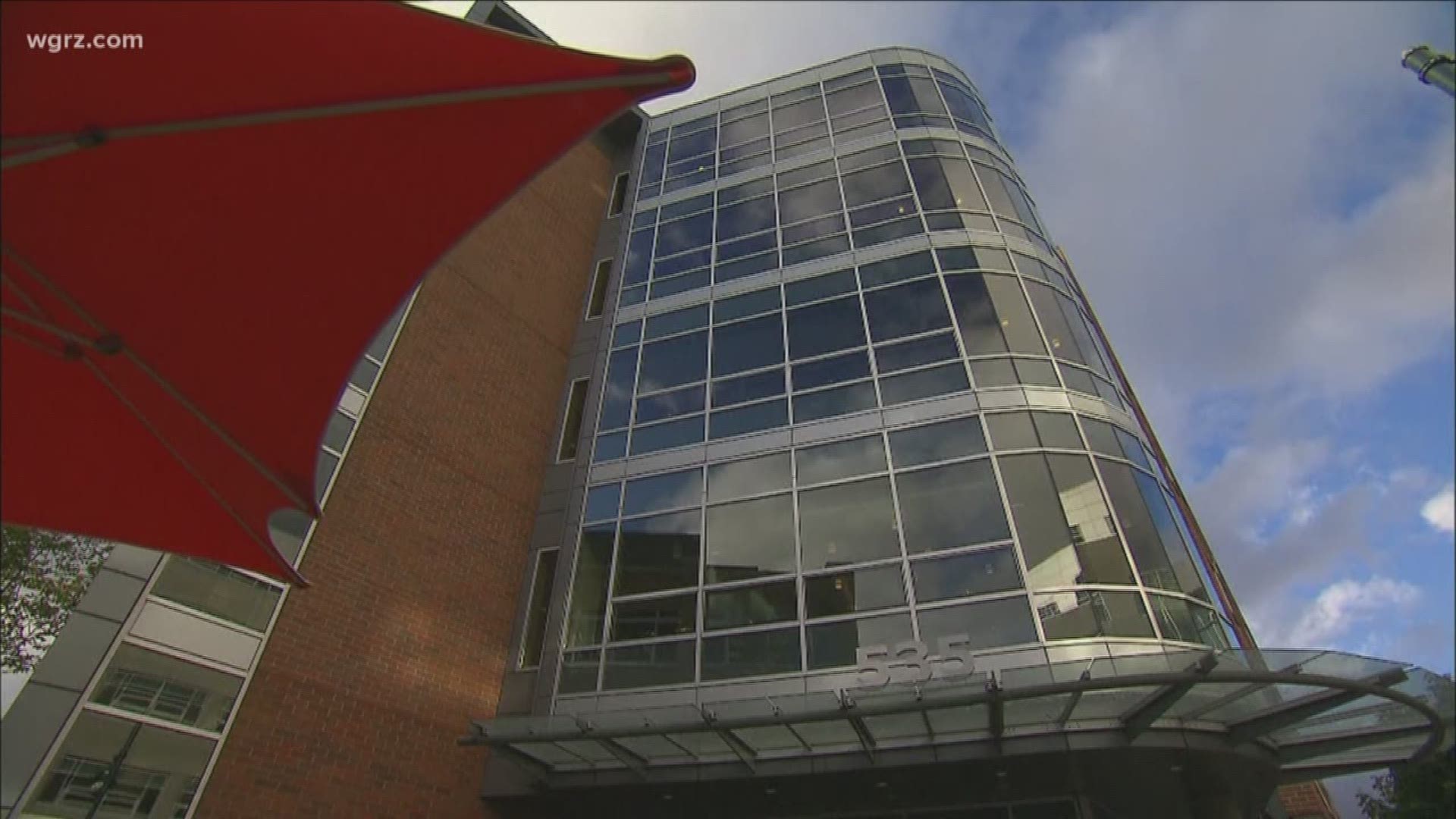 ALBANY - Buffalo and Rochester's joint bid for Amazon's $5 billion HQ2 project shows the lengths the cities were willing to go to try to lure the company to western New York, offering up buildings that dominate the cities' skylines and pairing them with local incentives worth hundreds of millions of dollars.

The 208-page bid, which was ultimately rejected by Amazon, was obtained this week by the USA TODAY Network's Albany Bureau under the state Freedom of Information Law.

• Buffalo's proposal centered on the city's tallest building — One Seneca Tower — and included more than $500 million in local tax breaks.

• The County of Monroe Industrial Development Agency offered incentives worth more than $700 million, including a 20-year property-tax break.

• The offers were on top of any tax breaks and incentives offered by the state, which have not yet been revealed publicly.

Rochester's bid for Amazon's HQ2 campus would have seen the company take over much of the city's downtown corridor, including the Xerox Tower, Legacy Tower and the Kodak Tower Commons. This is a page from the 200-page Buffalo-Rochester bid.

The company's request for proposals ultimately drew 238 bids from across North America, including four within New York state: Buffalo-Rochester; Syracuse-Utica; the Capital Region; and New York City and its suburbs.

Only the New York City bid — which includes the Lower Hudson Valley — remained after Amazon narrowed its shortlist to 20 bids in January.

The Buffalo-Rochester bid sought to hone in on Amazon's preference for an urban site, with both cities focusing on available spaces within their downtowns.

"There's no doubt that the sense that we had with Amazon was they were looking for an urban environment," Robert Duffy, president and CEO of the Greater Rochester Chamber of Commerce, which helped put together Rochester's bid, said Tuesday.

"There could be some overflow someplace else, but the whole issue was urban transformation, which is why we focused on our downtown."

Buffalo and Rochester submitted their own proposals that were packaged together and sent to Amazon, which has pledged to build the headquarters in three phases.

Buffalo's bid, offered up three spaces for the first phase: One Seneca Tower, the HSBC Atrium and the Buffalo News building, which are all nearby one another.

In the later phases, new buildings would have been built alongside the tower and in the Canalside district, with some public land transferred to the company for $1.

In Rochester's bid, it was suggested the company set up shop in Xerox Tower and in Kodak Tower Commons, which have hundreds of thousands of square feet of office space available for lease, for the first phase.

Phase 2 of Rochester's bid would have seen Amazon expand to Legacy Tower, the former Bausch + Lomb headquarters, with plans to connect it to the Xerox Tower.

Phase 3 called for the development of various sites and surface lots on State and Andrews streets, ultimately pushing the proposed Amazon campus to about 2 million square feet of space.

All of New York's bids, meanwhile, came with an across-the-board offer of major tax breaks and other incentives that the state has declined to detail, citing competitive reasons while the bidding process remains ongoing.

But local economic-development agencies tried to sweeten the deal, tossing in hundreds of millions of dollars in local tax breaks in hopes of attracting Amazon.

The Erie County Industrial Development Agency, meanwhile, offered a smaller package: About $500 million of similar incentives with a PILOT agreement that lasted 10 years.

The bid also included the estimated $700 million package from COMIDA, which would have applied if Amazon chose Rochester.

Duffy, the former lieutenant governor and Rochester mayor, said the local incentives were necessary given the intense competition for the Amazon project.

"Here's where elected officials have a balance to make: What is too much and what is too little," he said. If they offer too much, they're accused of giving away the bank. You offer too little and you lose."

The USA TODAY Network's Albany Bureau had attempted to obtain copies of the state's Amazon bids shortly after they were submitted last year.

But the initial request under the state's Freedom of Information Law was rejected by the state while the bids were still in contention, citing a provision of the law that allows the state to withhold documents if their release would "impair present or imminent contract awards."

When Amazon eliminated the Buffalo-Rochester, Syracuse-Utica and Capital Region bids in January, a new FOIL request was filed.

The Capital Region bid focused heavily on downtown Albany and the city of Rensselaer, located just across the Hudson River.

It promoted the area's colleges and included the possibility of establishing an "Amazon High School" for job-training purposes, but didn't include much detail on what that would entail.

The bid included the promise of "long-term tax abatement," promised that employees would be provided a break on personal income taxes and pledged the city, county and state would pick up the tax for site-preparation costs.

The Albany bid did not estimate how much those tax breaks would be worth.

That was also the case with the Syracuse-Utica bid, which had previously been made public by the officials who put it together.

Amazon would likely have qualified for a 25-30 year PILOT agreement if it had chosen Syracuse, according to the bid, which did not estimate how much that would have been worth.

The Syracuse bid did, however, pledge at least $100 million of funds from the Upstate Revitalization Initiative, a pot of $500 million in state funds awarded to the central New York region in 2015.