The mall is putting on a new festival this year. It will feature nearly 30 vendors and it still accepting more for the Easter season. 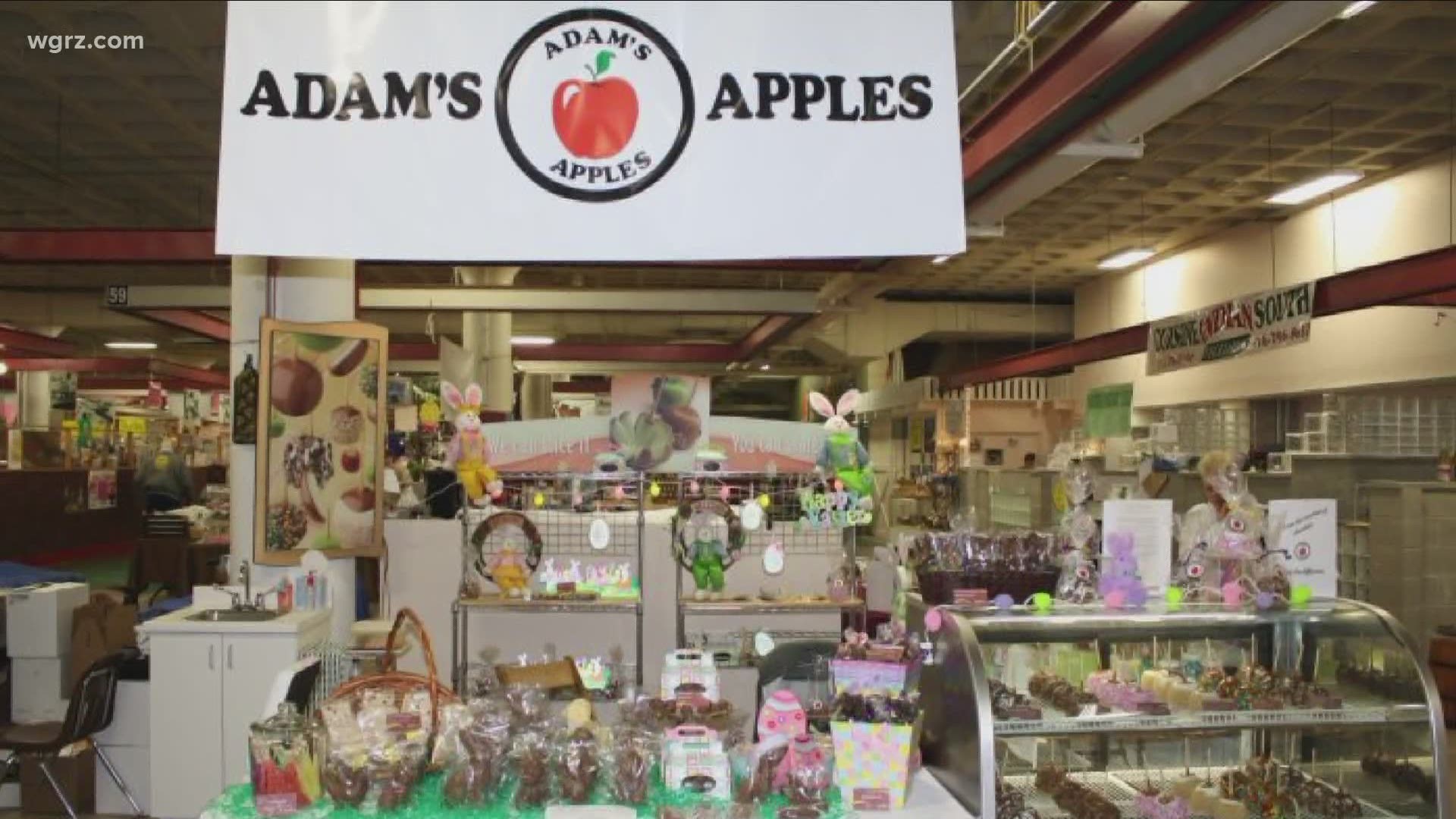 WILLIAMSVILLE, N.Y. — When Michael Mole opened up his Adam's Apples candy store 10 years ago, it was originally a brick and mortar shop.

He soon realized it wasn't the most efficient way to do his business though.

"There's so many great festivals in Buffalo that you don't get the business. We realized when we go outside the store and go to different festivals, downtown buildings, hospitals, etc., for a four-hour period, we'd do triple the sales we would do in having a storefront open all day," Mole said.

Adam's Apples turned into a strictly traveling shop and even became one of the seasonal vendors at the Broadway Market.

COVID-19 put a lot of that business on hold.

The Broadway Market will still have seasonal vendors this year though and is still accepting applications for seasonal and permanent vendors.

But they made a new rule that seasonal vendors who make the same products as their permanent vendors are not allowed this year.

Officials there said it was to "to be fair to year round businesses hit hard by the pandemic."

Because of the new rule, Adam's Apples and nearly 10 other of those vendors are forced to move their business elsewhere.

This Easter season, you can find some of them at the Eastern Hills Mall.

"We run about 70 percent locals, so we're ready to invite those from the Broadway Market in, and who knows, they may become an integral part of our redevelopment, and we'll have a year-wide farmer's market and artisan's market," said Russell Fulton, general manager of Eastern Hills Mall.

Added Mole: "There's going to be tents set up, music and it'll be nice."

It's all part of a new festival the mall is trying to put together which Mole says will feature nearly 30 vendors.

It'll run every Saturday and Sunday in March and then April 1 through April 3, which is the weekend of Easter.

Mole is still hopeful loyal customers will find him in the new setting.

"We'll obviously not get the same foot traffic as we would at the market but I think we'll do well," Mole said.

He's also optimistic a new tradition will bring some more business to the Eastern Hills Mall, which was once a popular spot in town.

"I think it's going to start a new tradition and kind of bring the tradition at least back before Easter time that people will maybe start coming there and supporting it again," Mole said.

Here's a list of some vendors who left Broadway Market and will be at the mall:

Vendors who will at Broadway Market & Eastern Hills Mall:

Other vendors who will be at Eastern Hills Mall: