Aunt Robin's Diner will close on August 22. It was known for its sense of community, giving away free lunches to kids and free meals to everyone on holidays. 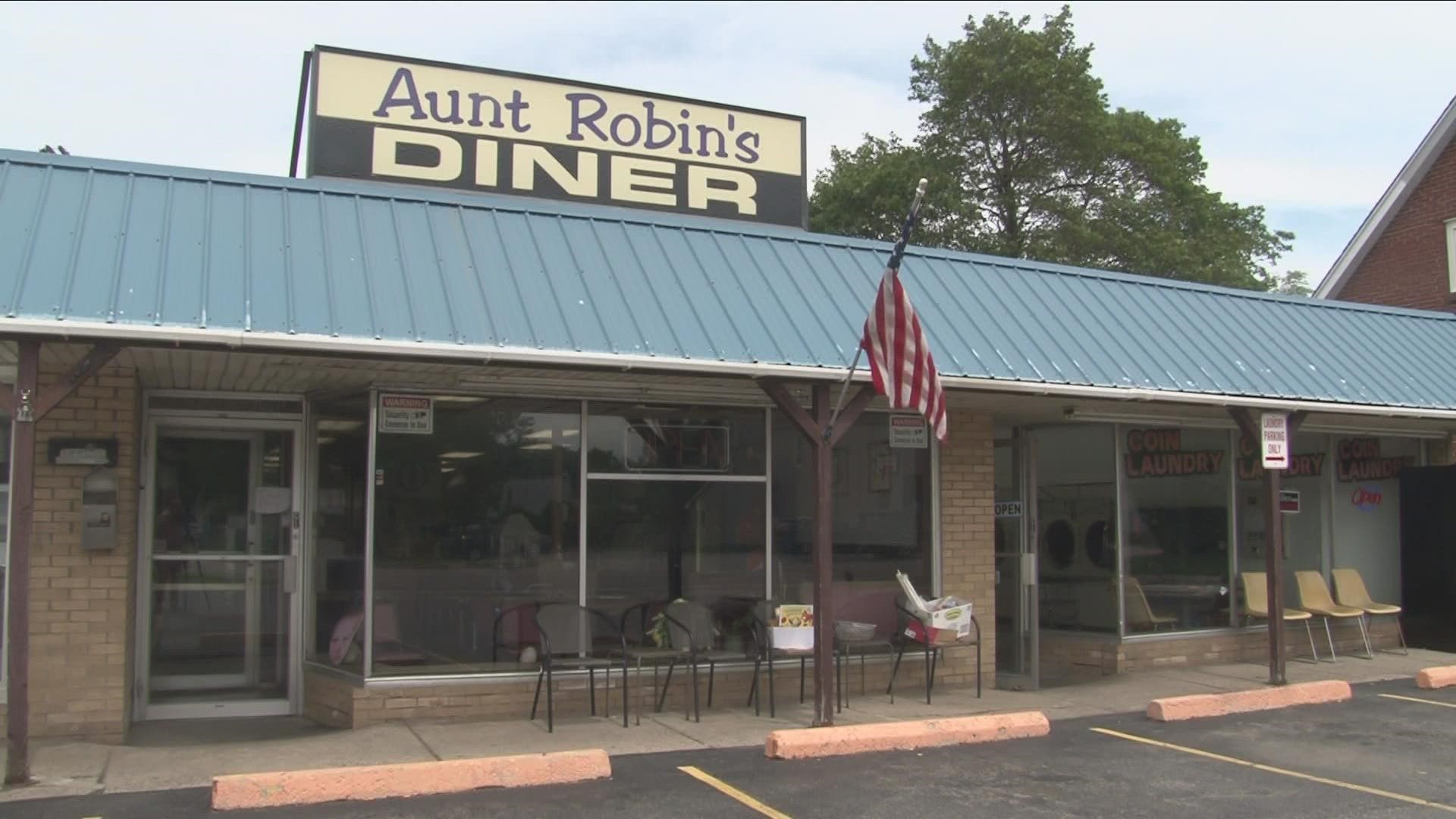 LANCASTER, N.Y. — A diner can only become beloved by a community because of the culture it creates, stemming from its owner's heart.

Before Finsterbach bought her diner in Lancaster seven years ago, she was a cook there.

It was previously called Uncle Tom's Diner. Over the years, Finsterbach's restaurant has become a popular spot to grab a bite and give back.

For years, Aunt Robin's Diner has given away free meals on holidays and even free lunches to kids.

"(We give back) because people feel it, and they also want to go out and do something," Finsterbach said.

However, Thursday's free spaghetti dinner is part of a final goodbye to the community.

The diner is closing its doors for good on Sunday, August 22.

"When you have a break up and didn't want a breakup and your heart is crushed. that's how I feel," Finsterbach said.

A staple in Lancaster will soon become a beloved memory.

"I came in, I met Robin. Of course she smiled, and I said, 'I'll help you, what the heck?' Here we are seven years later. We're best friends. This is like our second home," said Alexandra Skok, an employee at the diner.

"It's tough. I don't even know what to say. Don't even like to think about it."

Finsterbach isn't sure what she'll do next. "I got to put my thinking cap on," she said.

One thing is for sure, though.

"That's what we'll miss the most is seeing everyone," Finsterbach said.

Her heart will continue to shine through.