Innosek is a provider of face shields for health care staffers and first responders. 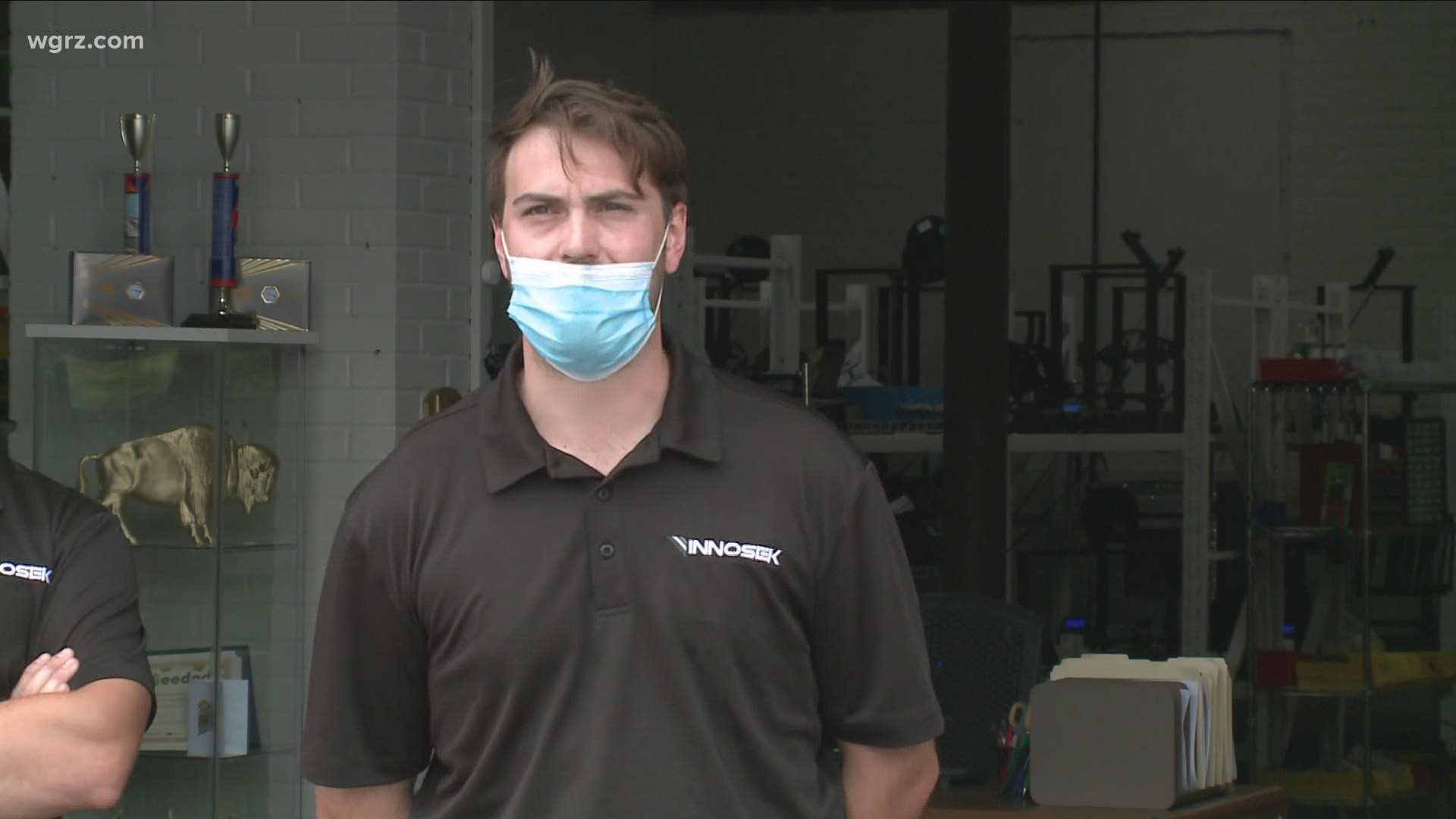 BUFFALO, N.Y. — The entrepreneurial spirit of two young men from Western New York surfaced at just right the right time to meet a particular need in the response to the COVID-19 pandemic. On Monday, Lt. Governor Kathy Hochul learned about their company and its unusual production process.

It's called Innosek and its assembly line is actually made up of more than 30 hi-tech 3D printers. Using those printers and other advanced manufacturing techniques, they can turn out a variety of plastic parts and products. That includes face shields for health care staffers and first responders.

Hochul took it all in with co-founders Brian Bischoff and John Kappel.

"I don't think these guys have had their 30th birthdays yet and I am so impressed with what they've accomplished," Hochul said. "Starting their business in Hamburg and moving to this location in Tonawanda just a few short months ago."

And while they have the attention of the state now, it wasn't easy at first according to Bischoff.

"We actually had some trouble reaching out to the state," he said. "Because there was a lot of people — which is a good thing — there's a lot of people that stood up and said - hey I can do that - I can do this. I'm sure they were overwhelmed. Luckily we were able to get a grant from New York State and that enabled us to ramp up our facial protection but also enabled us to donate a lot of masks to first responders."

Bischoff says he and Kappel connected again after college to set up this start up.

"We're both UB grads," he said. "I started 3D printing about six years ago — when I had my own invention idea. And I didn't know who to go to, to do it. I didn't have any money. I was still in college at the time. I had an engineering background. I didn't learn how to do 3D printing or design in school. But when I had my invention idea I bought a 3D printer, downloaded software, and I figured out how to do it. "

They have since become suppliers as well to other businesses and the Defense Department.

As for future expansion beyond their staff of two full-time and six part-time employees, they are smart about that too.

Kappel says, "We have a lot of moving parts as a younger business. But as things iron out and things become more consistent and more accurate then we're absolutely having some ideas for different routes that we can go." 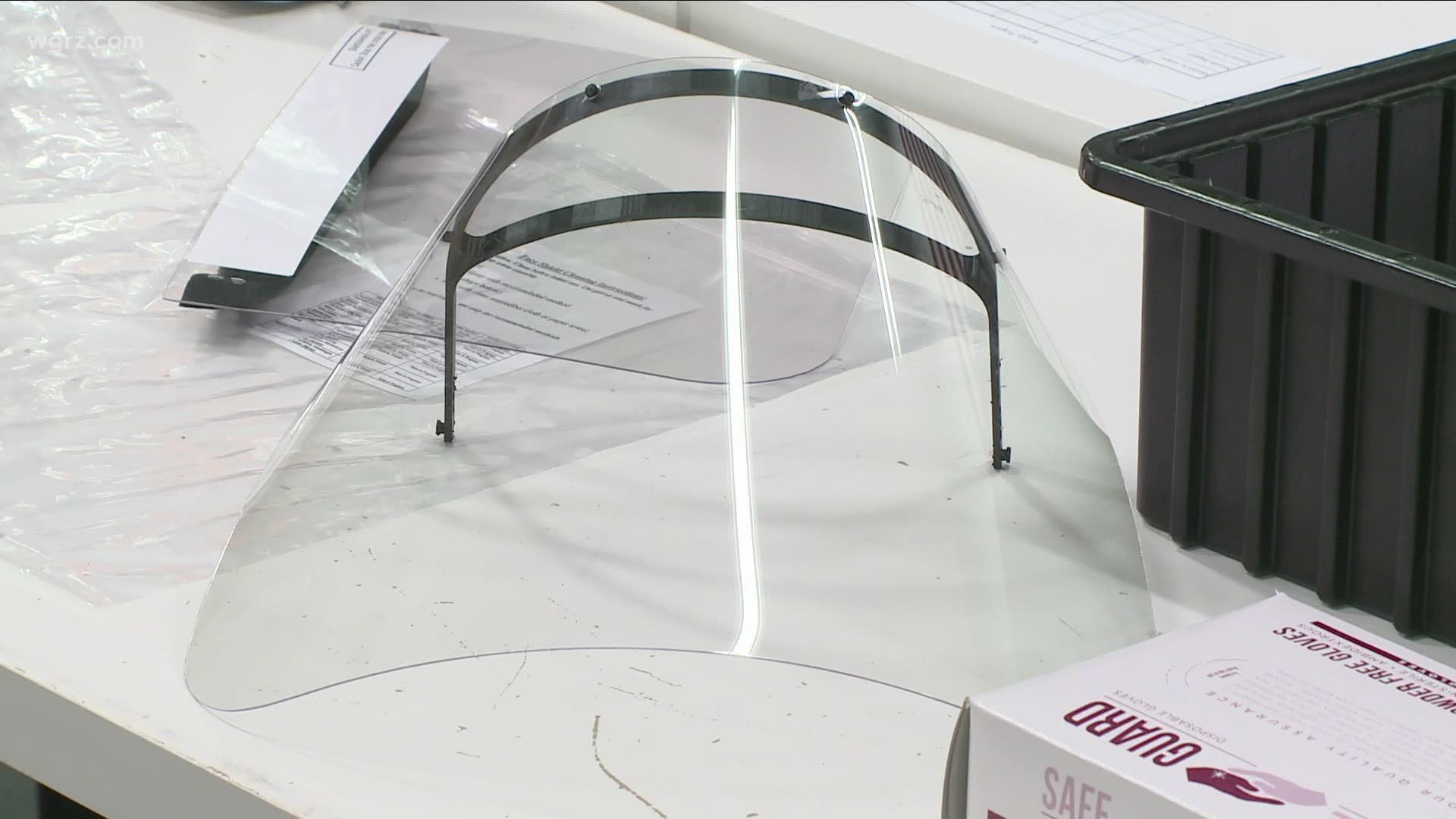