'We kind of took the Blue Jays logo, and we just Buffaloed the heck out of it. It's just fun and goofy,' 26 Shirts owner Del Reid said. 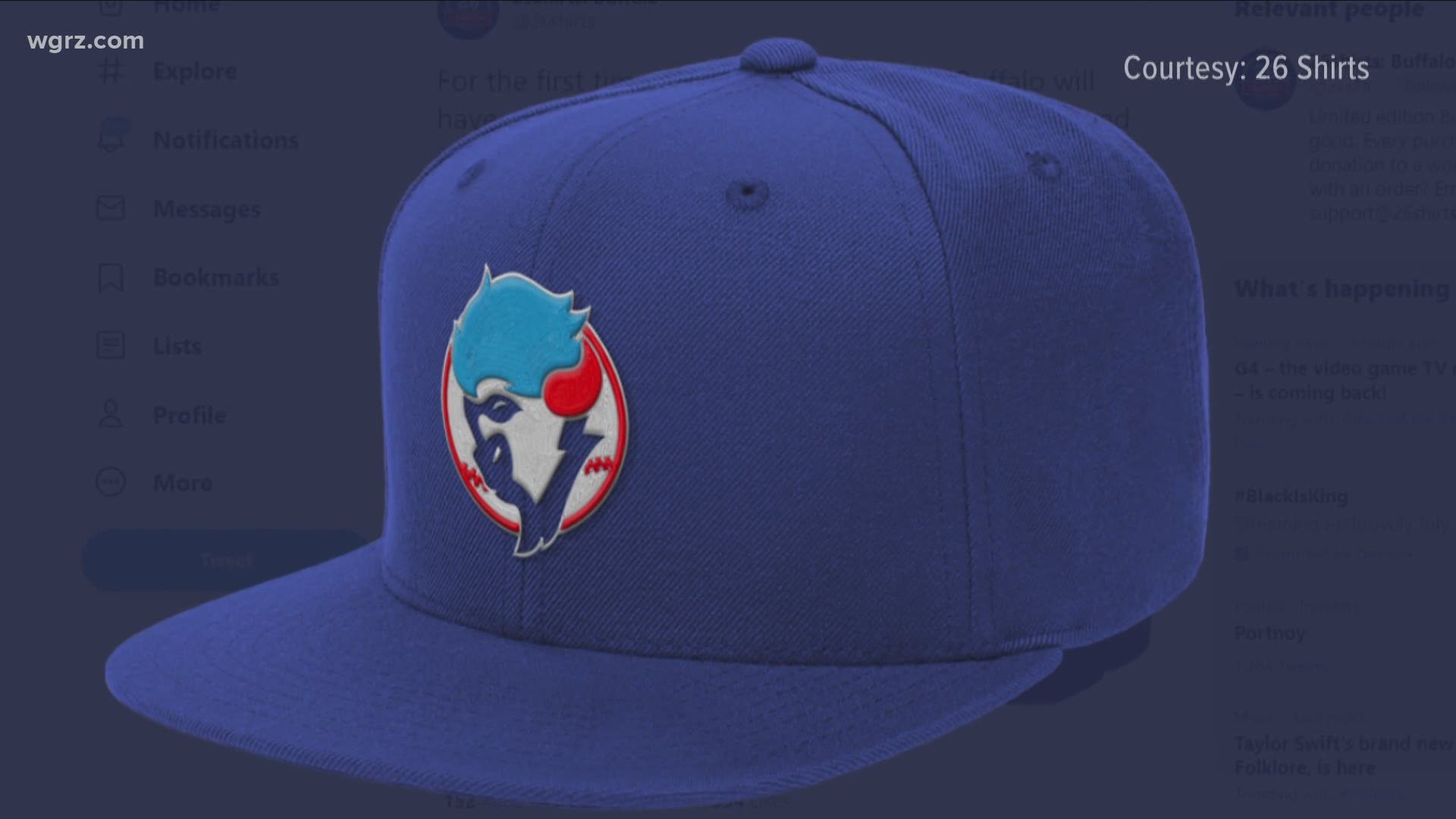 BUFFALO, N.Y. — It didn't take long for the folks at 26 Shirts to come up with something the moment the Toronto Blue Jays announced they would play this year's home games in Buffalo.

Their "Major League" shirts and ball caps are now available. They were originally only available until Tuesday, but 26 Shirts announced it is extending the limited -release until Sunday. .

Of the design, 26 Shirts owner Del Reid said it's all about buffalo

"We did our best to do a little parody design," he said. "We kind of took the Blue Jays logo, and we just Buffaloed the heck out of it. It's just fun and goofy, and it's something, like I said, can help commemorate a fun footnote."

With each shirt or cap purchase, $8 will go toward helping organizations both here in Western New York and in Canada.

Here, the proceeds will help the Food Bank of WNY, which is a program of FeedMore WNY.

In Toronto, the proceeds will help the Community Food Centres of Canada, which aims to improve health, inclusion and social justice in low-income communities across the nation.

The first Toronto Blue Jays game at Sahlen Field could be August 11 against the Miami Marlins, the team announced Sunday evening.

The Blue Jays made that news official with a tweet, saying that "to accommodate necessary infrastructure modifications at Sahlen Field, we will play our first scheduled homestand on the road."

For the first time since the 19th century, Buffalo will have some real, live major league games being played in our city. 😎

RELATED: Buffalo Bills preparing for possibility of season with limited or no fans in the stands

RELATED: Blue Jays could play in Baltimore, but face same hurdle as they did in Pittsburgh