Antennas allow you to cut the cord on cable

A growing number of viewers, frustrated with cable or dish service or trying to save money, go back to the future with antennas to capture over the air signals. 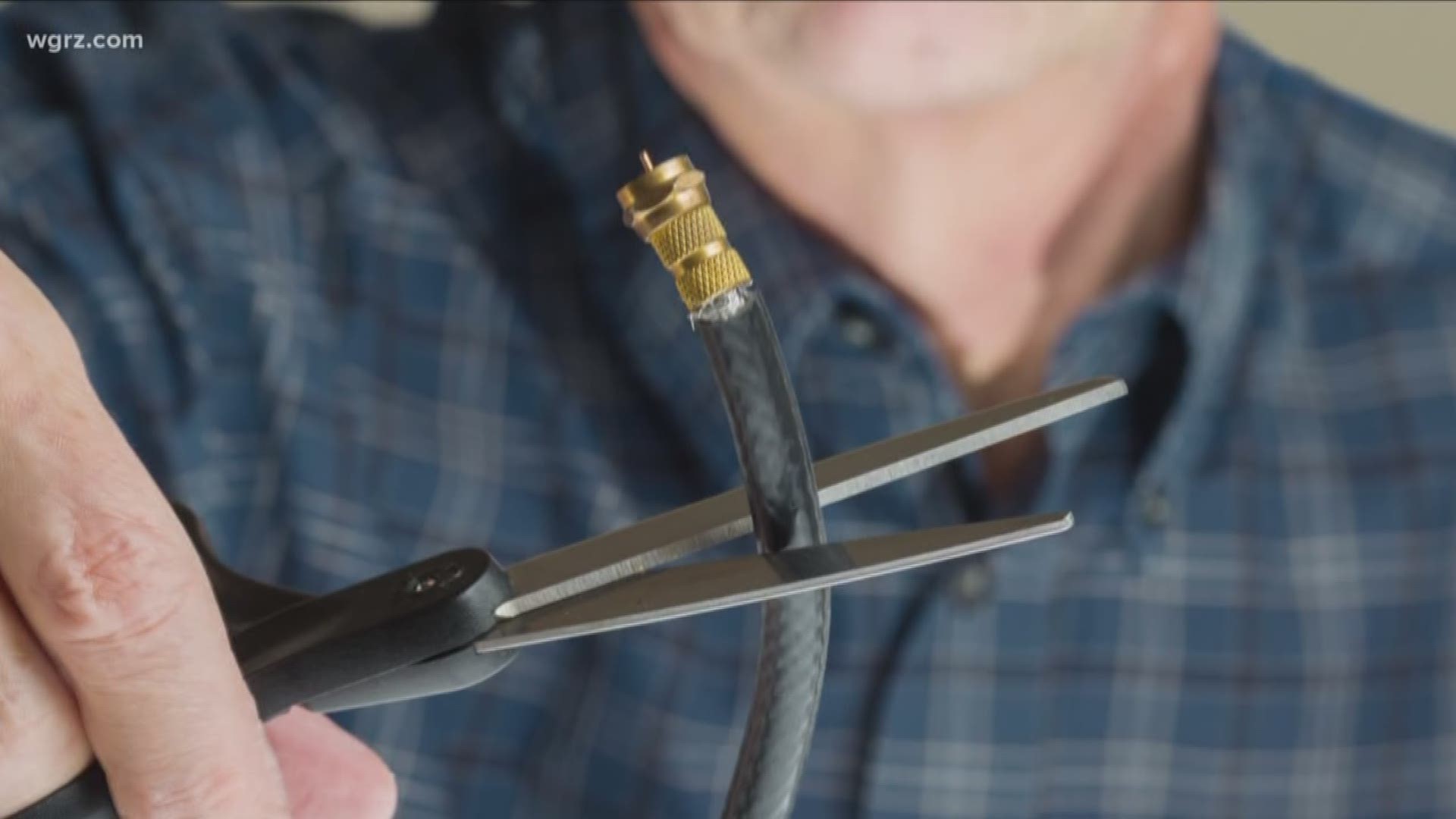 BUFFALO, NY – Whether they are looking to save some money, or are frustrated with their paid TV service, a number of viewers are exploring ways to “cut the cord” in a fashion which perhaps involves taking a step back to the future.

It involves purchasing an antenna to capture the signals of local TV stations for free.

“Many of them are very good now,” said WGRZ-TV’s Engineering Supervisor Scott Semson.

More modern looking than the “rabbit ears” of old, they work basically the same way, including (at times) having to play around with them a bit for reception.

However, an indoor antenna can be purchased for as little as $20, after which there is no monthly bill.

Outdoor antennas, which are more expensive and involve mounting and installation, are much more powerful.

“The indoor ones would be obviously less expensive but they won’t have the amount of gain and pickup that you would have with an outdoor mounted antenna,” Semson said.

And while you may miss some of the channels exclusive to cable or dish, there are more signals to pull in for free than you might imagine, or certainly remember from the last time you may have used an antenna.

Currently, local stations in Buffalo offer several side channels as well which can also be picked up with an antenna.

“Here at Channel 2, we offer our NBC station, but on our side channels we also have Antenna Television, Justice Network, and the Quest Network,” noted Semson.

Combined with the side channels of other local stations, this presents a cornucopia of viewing options in Western New York, which also can receive signals from Toronto and other nearby Canadian cities.

“With all the adjacent channels and sub channels that are on the different stations, and depending on your location and at times the weather, I’ve scanned 58 channels you can pick up with an antenna, over the air and without cable,” Semson said.