Adoption is something Caitlin Kurtz always wanted to do. She remembers a news story about Reece's Rainbow, a grant program that helps families adopt children with down syndrome. Now, she and her husband Alex are nearly ready to bring home their baby. 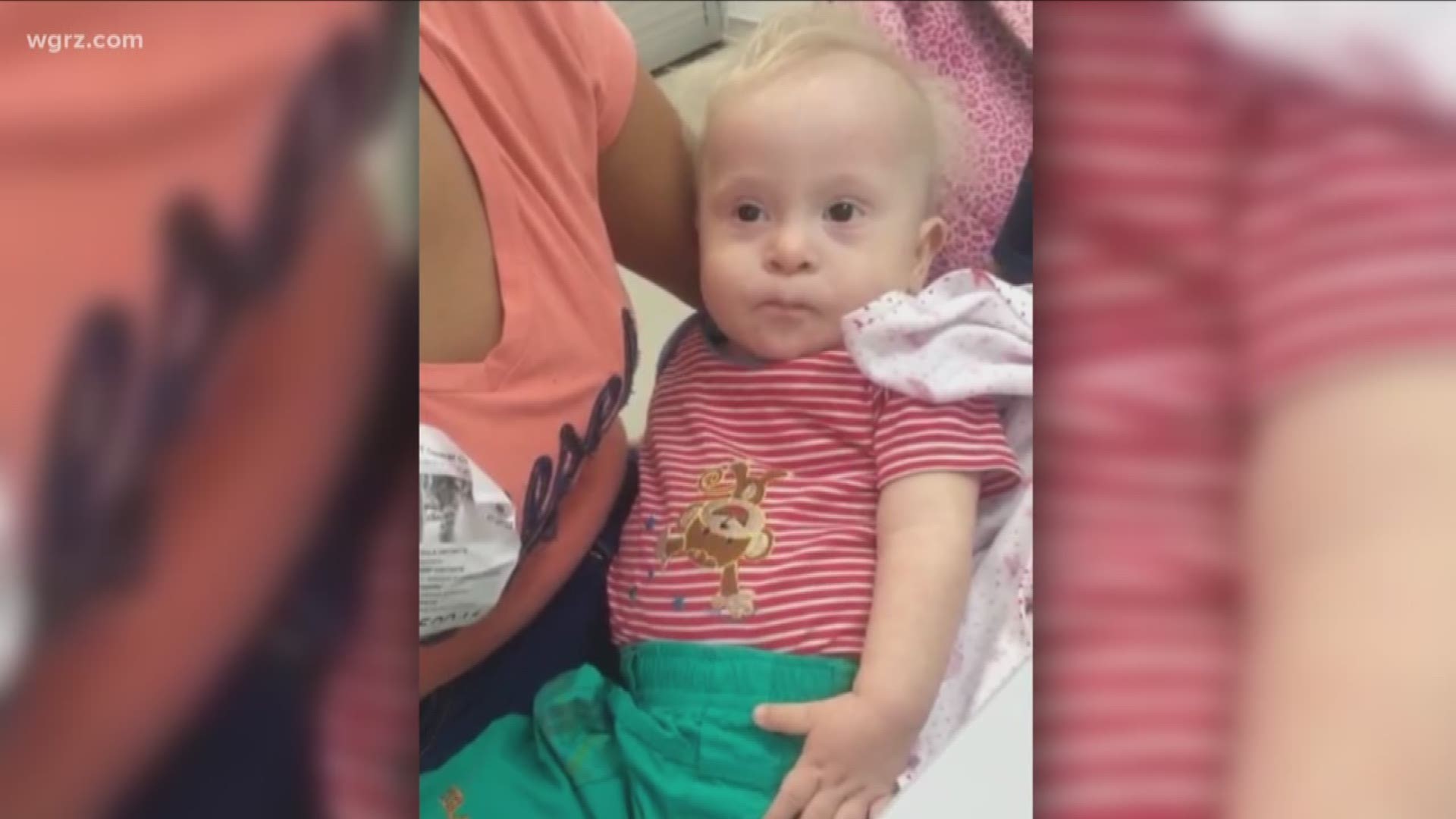 LOCKPORT, N.Y. - A Lockport couple is choosing to adopt a child not only from overseas, but also a child with special needs.

Adoption is something Caitlin Kurtz always wanted to do. She remembers a news story about Reece's Rainbow, a grant program that helps families adopt children with down syndrome.

"In my head I was like, I want to do that someday. And I was probably 20 years old at the time,” she said.

Now, Kurtz and her husband Alex are 28, and in January it all came together; they ran into a friend who had adopted a baby from Colombia.

"I remember her putting him in my arms...I just started crying. I mean, I just, my heart...I felt like I was going to explode with joy,” Caitlin said.

That same night, they contacted Reece's Rainbow and saw their first picture of AJ.

Adopting is a long road though – even longer internationally – and Caitlin and Alex are learning as they go.

We asked what they’ve learned that might help prepare other couples considering adoption, and both Caitlin and Alex say it’s a long legal process with a lot of paperwork. They've joined support groups, and they're trying to raise $40,000 dollars to pay two sets of agency fees and eventually travel to Columbia to bring AJ home.

"I didn't realize the wait and the money it was going to take to get it all done,” Alex said. "But it should be worth the wait.”

For a process they started in January, the Kurtz family won't be able to bring AJ home until the summer.

"The hardest part is not having him right now because I would do anything to bring him home tomorrow,” Caitlin said.

And for all they're going through right now, raising a child with down syndrome may come with additional challenges later in life. That part doesn't matter to them. The couple looks forward to being advocates for their child and giving AJ every opportunity that other children have.

"Being a teacher and having encounters with these children...they're the most beautiful people I have ever met, and I couldn't imagine choosing any other child,” Caitlin said.

"It's exciting to know that I'm going to make a difference in a kid's life,” Alex said.