A 13-year-old with autism invited 40 of her classmates to a birthday party but no one RSVP'd. 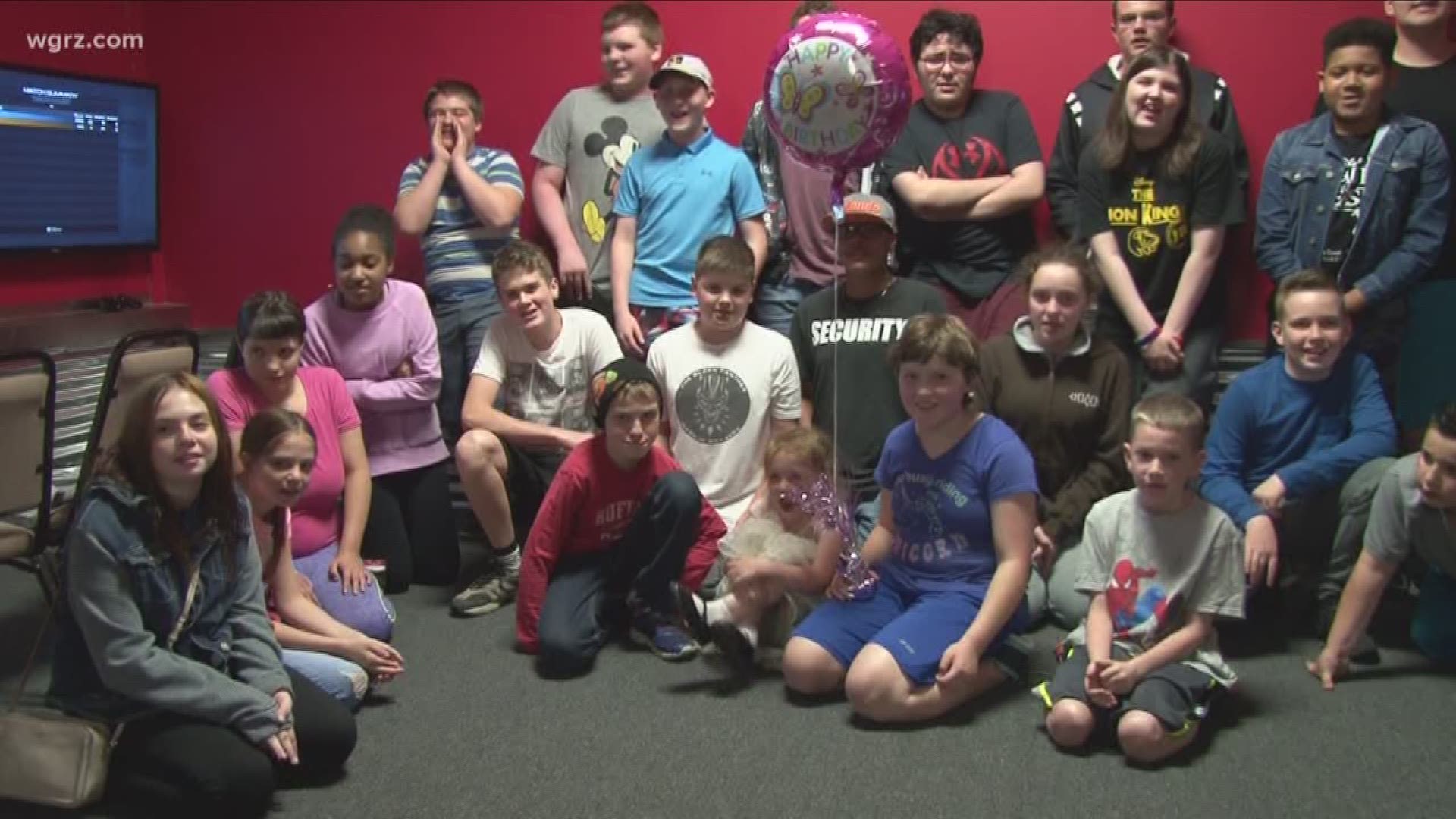 NIAGARA COUNTY, N.Y. — Heaven Bouley was diagnosed with autism when she was ten years old. She has many interests but her mom says, "she really loves video games."

Heaven just turned thirteen, so it only made sense for her mom to plan her a video game-themed birthday party.

"We actually won a certificate for Oogie Games, so we came here and booked it," said Heaven's mother Amanda Bouley. "She filled out 40 invitations by herself and handed them out to all the kids at school" she continued.

However, despite advance notice and a fun party idea, Heaven did not get any RSVP's for the party.

"When I got none, it was really heartbreaking," said Bouley.

Bouley said she didn't want to cancel the party so she shared her story on Facebook. She offered any parent who had children with disabilities to come to celebrate with Heaven.

Hope Rises shared the post and it went viral, many people told Bouley they would attend. However, she did not tell Heaven.

When she showed up for the party on Thursday night there were more than a dozen people waiting to wish her well.

"Seeing all these people it's really overwhelming but also exciting at the same time' she said.

"They just keep coming and Heaven is so excited," said Bouley.

Heaven had a superhero cake, presents and plenty of friends to play video games with, making her birthday wish come true.