With White House move to allow more refugees, more may move to Buffalo as well

The Queen City has a 40 year tradition of resettlement. 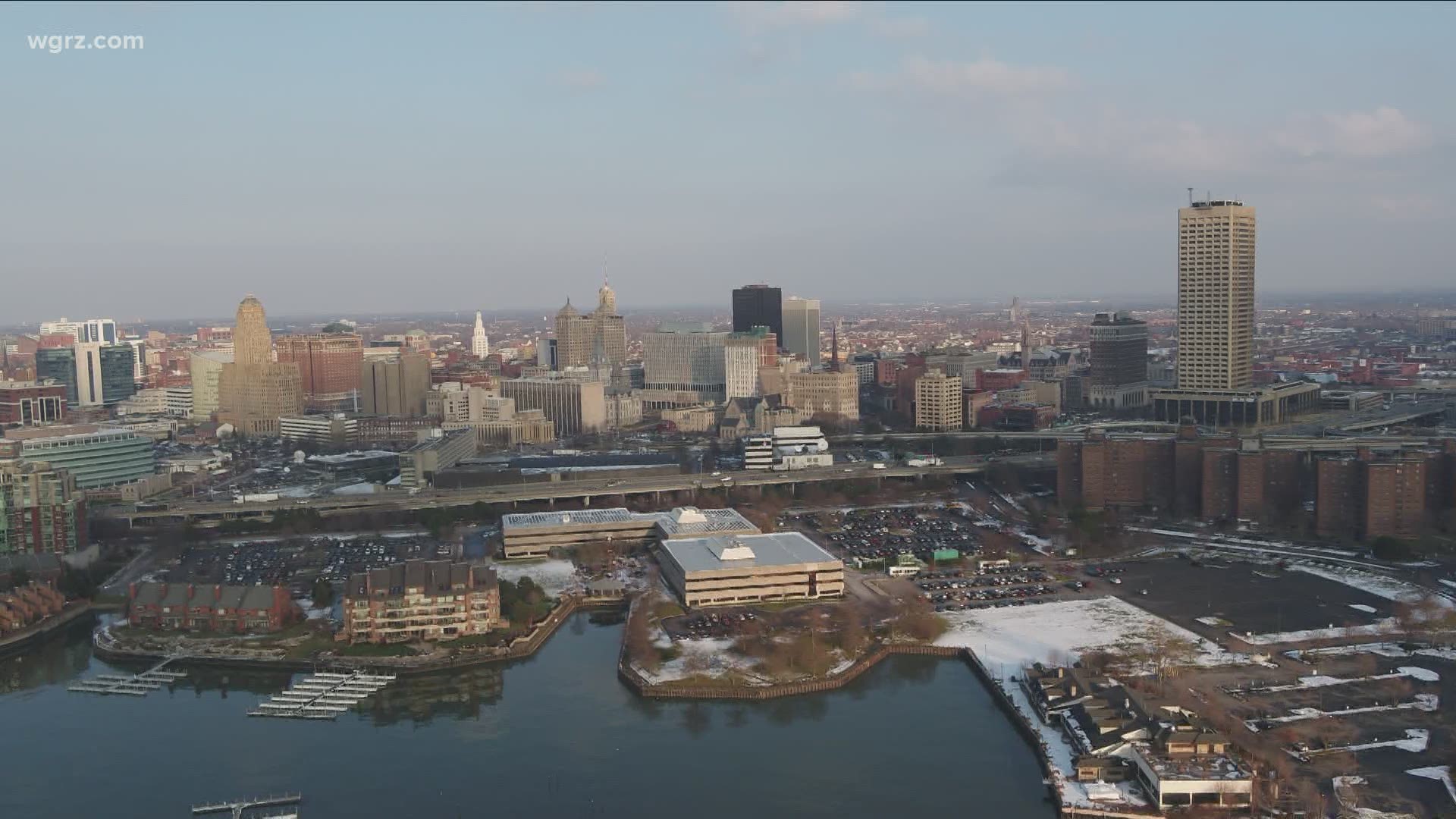 BUFFALO, N.Y. — The White House has announced it is raising a previous cap on the amount of international refugees who could come to the US from 15,000 up to 62,500.

Some of those refugees could eventually come here to Buffalo where thousands have done so before to start new lives.

For the past four decades or so Buffalo has been a welcoming city for refugees who are seeking to leave poverty and strife in their homelands to try to start new lives in the US.

The new arrivals to the Queen City, who are carefully screened by the US government, have fluctuated in numbers through the years, dropping from 2000 in 2016 to just 60 or so in the current fiscal year from October. But the International Institute, which provided those figures, says more may be coming with this White House decision.

2 On Your Side asked International Institute Executive Director Eva Hassett why Buffalo has become known as such a resettlement community.

"Lots of reasons," she said. "The Department of State looks at Buffalo as a city that is very welcoming, that has capacity which is to say we have housing, we have capacity in our schools, we have jobs for people, we were a much bigger city that got smaller."

And among those who have come there is success you can find in the West Side Bazaar like Htay Neiag who operates a restaurant there. He describes Buffalo as "Good community and people nice, helping. So I really like it."

In fact despite language barriers, food is kind of an ambassador of sorts as Erin Kelly of WEDI or the Westminster Economic Development Initiative says, "Buffalo connects to the immigrant community through food. Just on the surface of things, there's that way to get to know people."

While others have come from countries like Iraq, the Congo, and Bhutan -Nepal, Buffalo's Burmese population is now estimated at 10 to 15,000. It's primarily on the West Side, which works as a resettlement community with affordable housing, transportation, and community support. The federal government provides 90 days of support with some state funding supplements but then refugees are expected to enter society by getting jobs and learning English.

"Refugees buy houses, refugees pay taxes, they buy cars, they start businesses, and we see all that on the ground level down here in Buffalo," Hassett said.

There could also be some carefully screened new arrivals from places affected by government violence, terrorism, and war.

Just as we saw battle and emotionally scarred veterans with the end of the Vietnam War in the mid 1970's, Buffalo began accepting international refugees from that country and elsewhere back then. And that tradition here in the Queen City has continued with four resettlement organizations bringing in people carefully screened by our government.

With that announced White House increase for refugees and the US military pullout from Afghanistan, we could see some from that troubled nation come here as well on SIVs or special immigration visas.

In a similar fashion, people from Burma may be favored for refugee status with the recent violent coup which swept their homeland and with an estimated population of 10,000 to 15,000 Burmese now living here in Buffalo.

And Hassett says those new arrivals, who must find jobs after initial support from the state and federal governments, apparently do add for our economic bottom line as taxpayers. They may also cover our shrinking, aging native-born workforce which may become even more evident with the recent Census.

"We in Buffalo and Western New York need to make sure there are people to fill those jobs so that we can sustain our economy and grow it eventually. And so refugees are great workers," Hassett said.