Some cancelled, some postponed, most impacted by COVID. 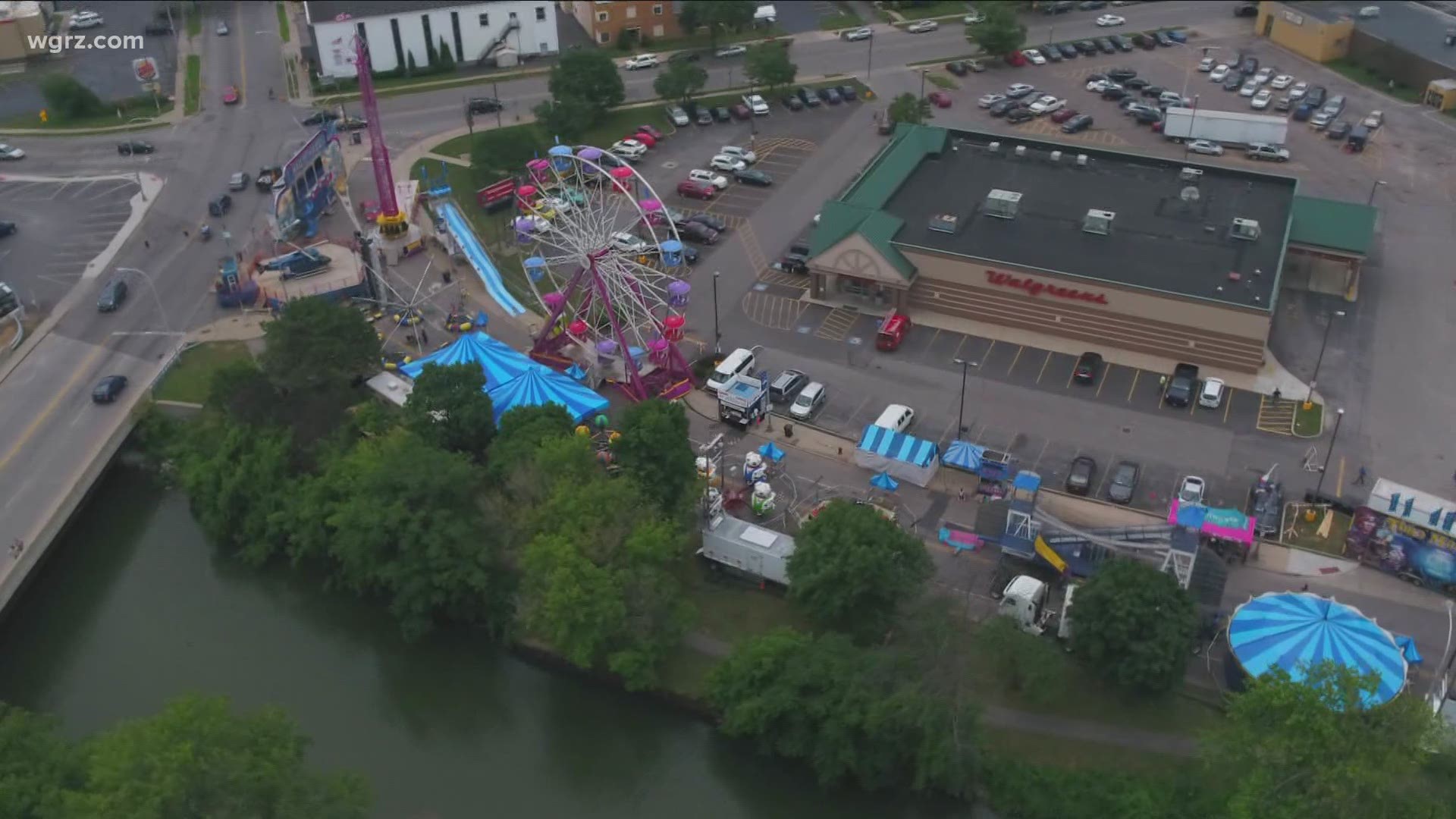 BUFFALO, N.Y. — With our gorgeous stretch of weather right now you may also be thinking about all those traditional summer events here in Western New York which we all love to attend.

Well unfortunately think again because its still not "business as usual" with the impact of lingering COVID complications.

With uncertainty, some confusion, and perhaps need for further clarification - many festival organizers and event planners, who may have the toughest jobs right now, did not want to do on camera or Zoom interviews. But some did provide some information on what they're dealing with.

First off we'll point out two big events - the Italian Heritage Festival and the Allentown Art Festival were again cancelled for the second year in a row citing COVID safety concerns. That also applies to the BurgerFest in Hamburg.

The Eden Corn Festival usually held in August is on hold for now according to its Facebook page as organizers say they are waiting for more guidance from the Erie County and state health departments.

Now onto the possible with postponement options - the Greek Festival was pushed back from early June to early September this year - and the Canal Fest event - while initially scrubbed by city governments may be resurrected to get pushed back from late July to late August.

Then for Buffalo's Canalside and the 4th of July - according to a source - no festival with bands or vendors is scheduled at this point and no Independence Day fireworks display is currently scheduled at Canalside.

There were some scattered fireworks displays held last year in some communities.

Moving on to some other events - perhaps scaled back but still operating with conditions  - as you probably know the Taste of Buffalo will use online advance ticket sales for limited sessions for its July 10-11th weekend run.

Then the Garden Walk of Buffalo is now scheduled for later July with COVID spacing restrictions.

As for the Erie County Fair - now scheduled for mid August - there are some challenges even with state approval to go forward. While vendor contracts usually go out in January, they were on hold with the fair this year. A spokesperson says the majority of vendors want to return but some may opt out and there may be fewer displays by some local and corporate businesses. They're also still working out details on admissions, crowd size, and spacing and will have some sort of announcement in the coming days.

Organizer Drew Cerza tells 2 On Your Side there will perhaps have to be a change of venue issue if the Blue Jays play all season at Sahlen Field because there is a homestand that weekend. And he says participating restaurants may still face staffing issues with enhanced unemployment pay. Finally Cerza says to toss in higher food costs and again fewer corporate sponsorships.

Cerza is hoping for some form of relocated Wing Fest if need be. You can stay tuned for details.

Finally the Niagara County Peach Festival in Lewiston posted on their Facebook page that it will be held on September 9 through September 12 so some later summer events may have a peachy outcome after all despite those COVID concerns and complications.