Despite the progress that's been made, advocates locally explained it's important to acknowledge how much work is still yet to be done. 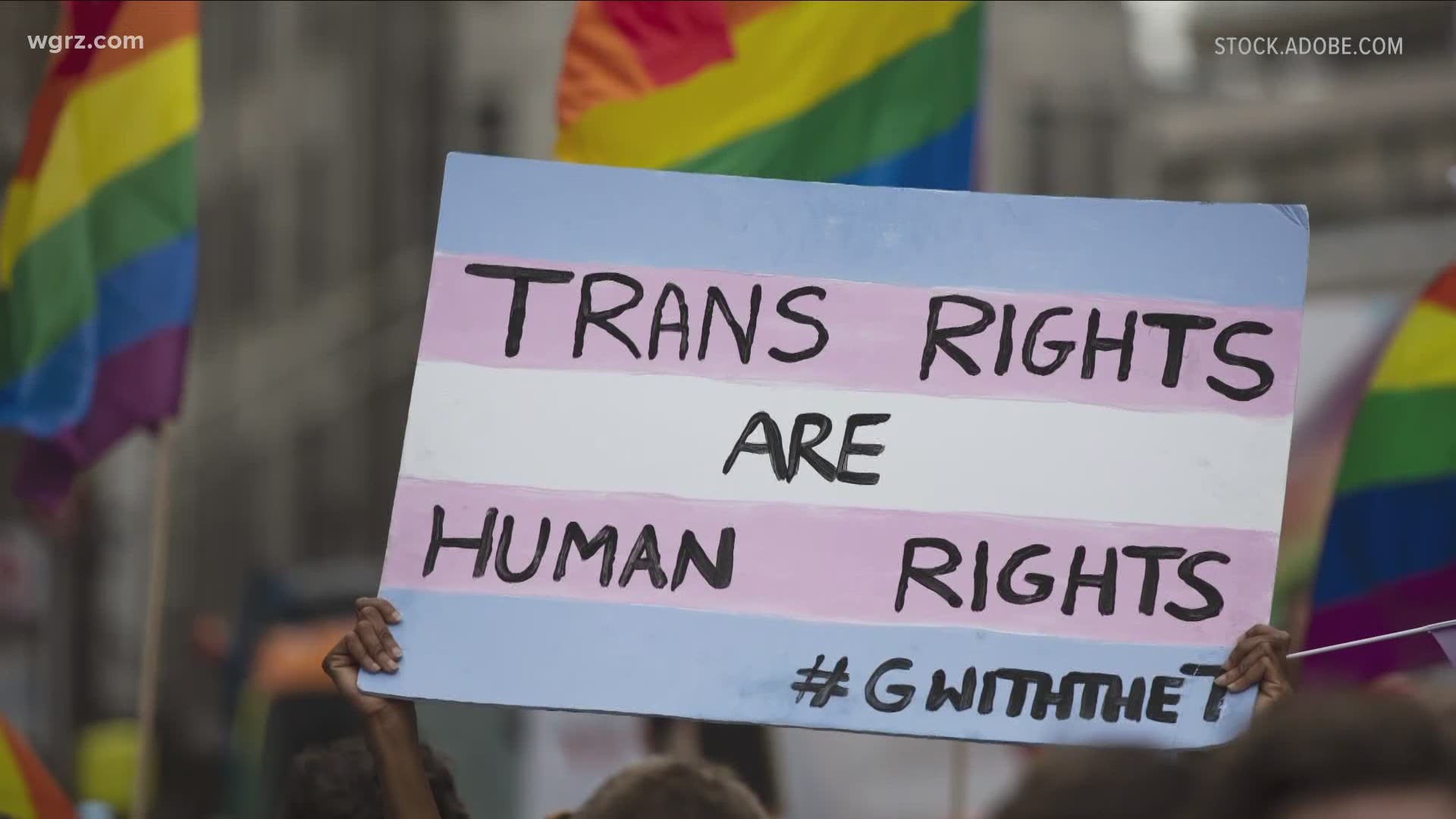 BUFFALO, N.Y. — On Wednesday, people around the world celebrated Transgender Day of Visibility.

The day is meant to raise awareness and acknowledge the successes of the transgender community, but also to discuss work that still needs to be done to create a safe community for everyone.

Advocates locally told 2 On Your Side that's especially important this year, after so many experienced heightened isolation during the pandemic.

The Pride Center was just one of several organizations in the Buffalo area to celebrate Transgender Day of Visibility, this time extending it to a week-long line-up of events. However, Pride Center Program Manager Cyndie Huynh said that, in reality, this is something they acknowledge and recognize year-round.

"Visibility is about representation and seeing yourself. I think that's important especially for those where it would be unsafe to be visible, whether it be from stigma or they just can't and it's important for us to be allies," Huynh said.

GLYS Western New York also brought people together virtually to celebrate "the lives of all of our friends who live and live under the trans umbrella."

New York Lt. Governor Kathy Hochul took part in the program that was held via Zoom.

"We really hope that this will help everyone that's attending tonight to really understand and get to know the face of transgender people everywhere," said Robert DiGangi-Roush, the CEO of GYLS.

GLYS board member Finn Hennig told 2 on Your Side, "I think it is really important to have people who are able and comfortable to be visible, especially for young people who don't have that luxury yet. I think it takes people a long time to be comfortable with who they are."

"Because for me I didn't know what it was until I was 23 but when I look back I always knew, I just didn't have people to look up to and to be able to name it," Hennig added.

Despite the progress that's been made, advocates explained it's important to recognize how much work is still yet to be done.

"People with trans experience, especially people from communities of color, are disproportionally targeted for violent crimes and acts against them, and I think that it's important to acknowledge that and understand that, and be allies, and do something about it," Huynh said.

Added The Rev. Matt Lincoln, the Rector of Trinity Episcopal Church and also a parent of transgender children: "All of us are better off together than we are othering or drawing boundaries between ourselves and other people for any reason."

He added: "We create those divisions with hostility, and with blame, or with judgment, or some other way of dismissing people not like ourselves as somehow not human or less valuable, and that's always wrong."

Hennig mentioned there's still a significant lack of awareness over the importance of access to not only medication and hormonal therapy but also mental health treatment.

When it comes to being a better ally to those in the transgender community, the people we spoke to said to start simply asking for someone's pronouns can go a long way.