Jerry Livingston is admired as a bass player. Couple that with his humility and calm demeanor, and local musicians want to help him as he battles pancreatic cancer. 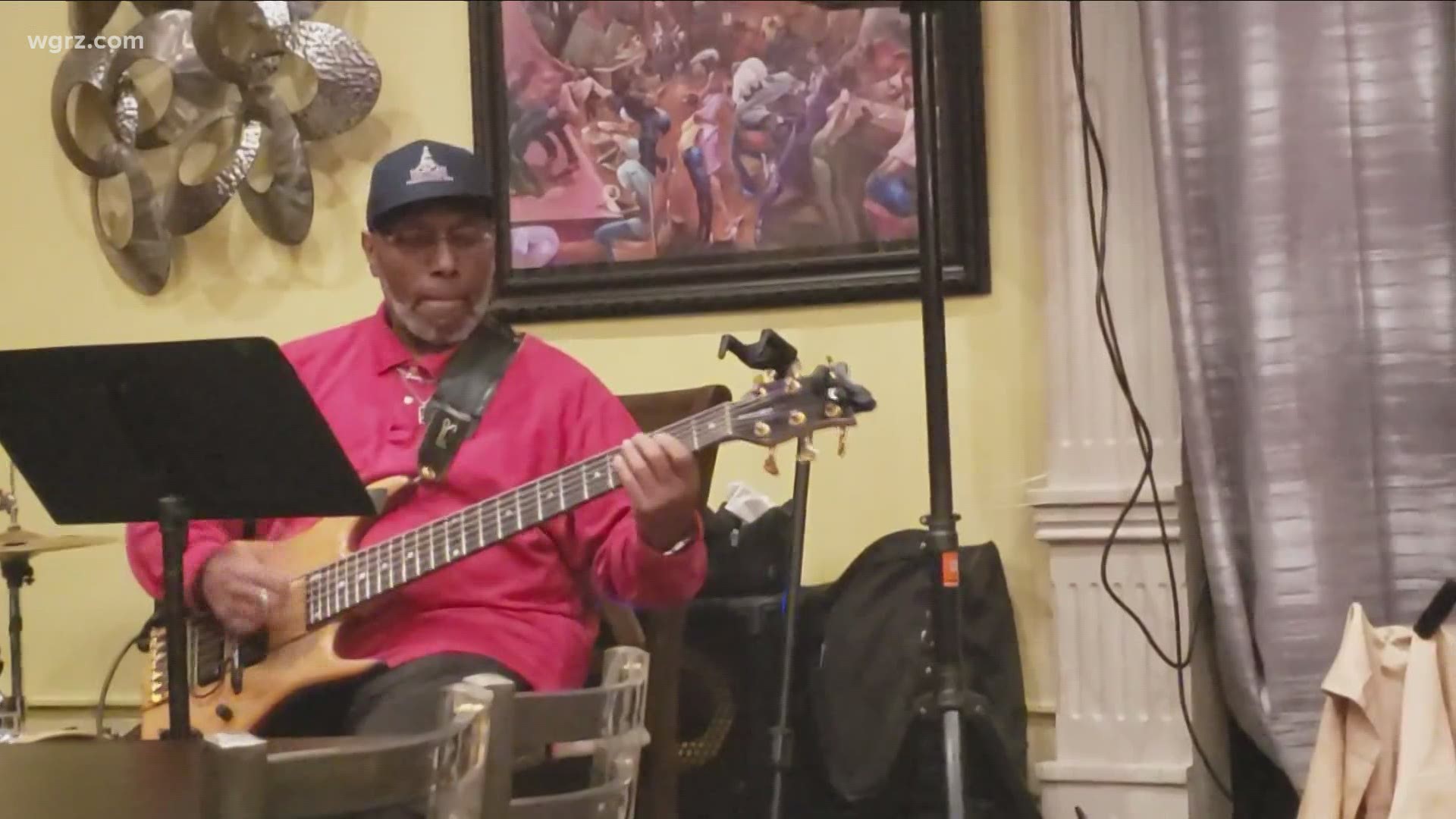 BUFFALO, N.Y. — Local musicians will speak highly on Buffalo bass player Jerry Livingston. His skill is something that has left many in awe.

However, his humble spirit is even more attractive.

Less than six months ago, Livingston was diagnosed with pancreatic cancer. It was his wife, Diane, who noticed a change in his eyes, which forced him to see a doctor.

"She saw in my eyes that I was jaundice, everything was yellow," he said.

The cancer was detected early. Livingston has already undergone chemotherapy, and now he's preparing for a big surgery on April 14. It's called a Whipple procedure. According to the Mayo Clinic, it can be life-saving.

Livingston tells his story because, in his words, "If it is going to help somebody, I'll be more than proud and have courage to step up," and he said that also applies to how he will perform when he fully recovers.

He played and toured with Rick James. His bass playing crosses genres.

Robby Takac of the Goo Goo Dolls told Channel 2's Claudine Ewing that Livingston has "always been one of the most gracious, and I don't need to mention talented people. He's been an inspiration to all of us."

Livingston had to fight tears when reflecting on the support he has received so far from fellow musicians and the community.

"This is kind of overwhelming right now. God requires our best, and that's what I try to do in life, my best," he said.

Years ago he taught at a small music school in Kenmore, where one of his students, Meaghann Clark, said he had a major impact on her life.

"Having him in my life then, and having the guitar lessons, and having that escape of my bass was so fundamental to my personal growth, and to how I got to where I am today. And as a P.A. working in medicine, Jerry is totally a part of that," Clark said.

She now lives in Houston and works as  physician's assistant.

GCR audio recording studios has set up a go a second home for the bass player phenom put together a GoFundMe to help with medical expenses.

Stay tuned for a full feature on Jerry Livingston, a member of the Buffalo Music Hall of Fame on commUNITY in late April.