23-year-old Monika Simkova dreamed of becoming a professional volleyball player. Recently doctors had to amputate part of both her legs because of a rare infection. 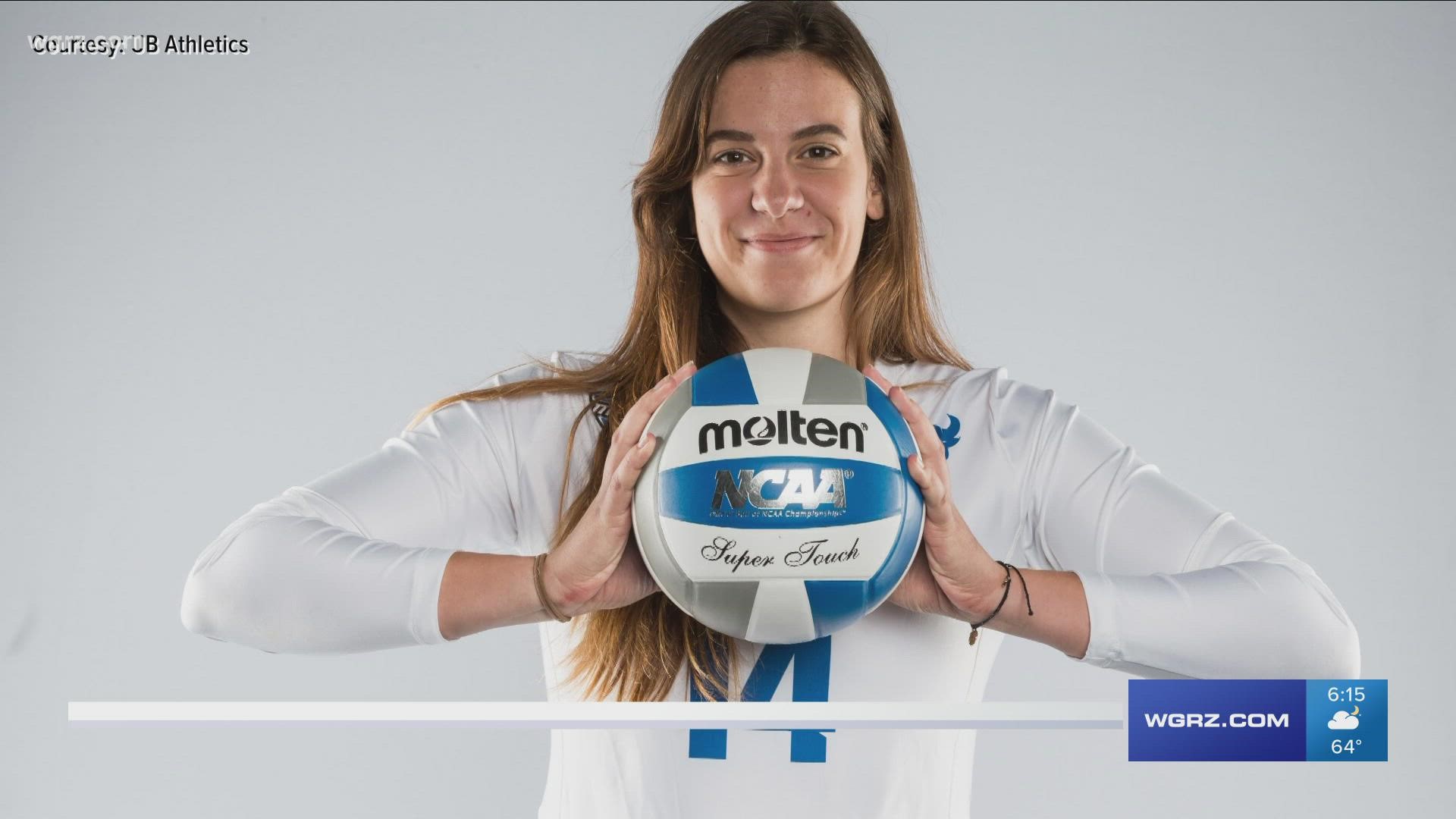 "I was playing, my brother is a professional volleyball player, so it was just natural to play volleyball," said her sister, Lucia Michalovicova.

Now 23, Simkova has dreams to go pro. She started out as a Division I athlete at Long Beach State.

Realizing it wasn't the right fit, she transferred to UB as a sophomore, where she's also a psychology major.

"She just loved this place from the beginning," Michalovicova said.

Her team was becoming her family away from home.

"Off the court, she's one of the people that they go to, that they trust the most," said Scott Smith, the UB women's volleyball coach.

"She's my big sister. We joke about that a lot actually," added Milla Malik, Monika's roommate and teammate.

AT 6 on @WGRZ: Monika Simkova, 23, is a senior at UB & on the volleyball team. She's in the ICU at Buff General, battling an infection which forced doctors to amputate both legs from the knee down. Now her team & community are coming together for her in a big way. @ubvolleyball pic.twitter.com/Heomb2F3cE

Now it's her UB family who is showing up for Monika.

A little over a month ago, Smith got a call he needed to go to Monika's apartment and take her to Millard Fillmore Suburban Hospital.

Smith couldn't comprehend what he was hearing from doctors.

"They just kept making it extremely clear to us how incredibly rare this is and that most doctors may read about it in a textbook but never see it in their entire career," Smith said.

Streptoccocal bacteria had gotten into Simkova's system. She ended up having both legs from the knees down amputated, and her organs began to fail.

Since she had no family in the United States, the university flew out Monika's entire family.

"We were just going to do everything we possibly could to get the family here immediately," Smith said.

Simkova's parents and brother couldn't stay, but her sister Lucia is here until Simkova recovers.

As her sister continues to fight the infection at Buffalo General, UB has helped Michalovicova start a GoFundMe, raising more than $90,000.

"Don't even have words to describe how grateful we are," Michalovicova said.

Even Western Michigan's volleyball program and an Australian volleyball organization have donated. It will help Michalovicova stay by her sister's side and cover Simkova's medical costs for an exceptional human being.

"She's one of the kindest, most empathetic people you'll ever meet. Just meeting her is ... sorry, one sec. ... OK, I mean, she's amazing. That question is a lot," Malik said.

Michalovicova says there's a long road to recovery for Simkova.

Although she won't be able to play volleyball, Michalovicova believes her sister will eventually use her psychology major to help other people who have been in the same situation as her.

"She lost her legs but her life can still be beautiful," Michalovicova said. "I just want to thank everyone who is supporting us because it's just amazing and we appreciate it so much."

Correction: The original story said Simkova transferred from UCLA. It has been updated to show she actually played at Long Beach State.