Ruth Bader Ginsburg provided a special encouraging message to law school students when she visited Buffalo in August of 2019. 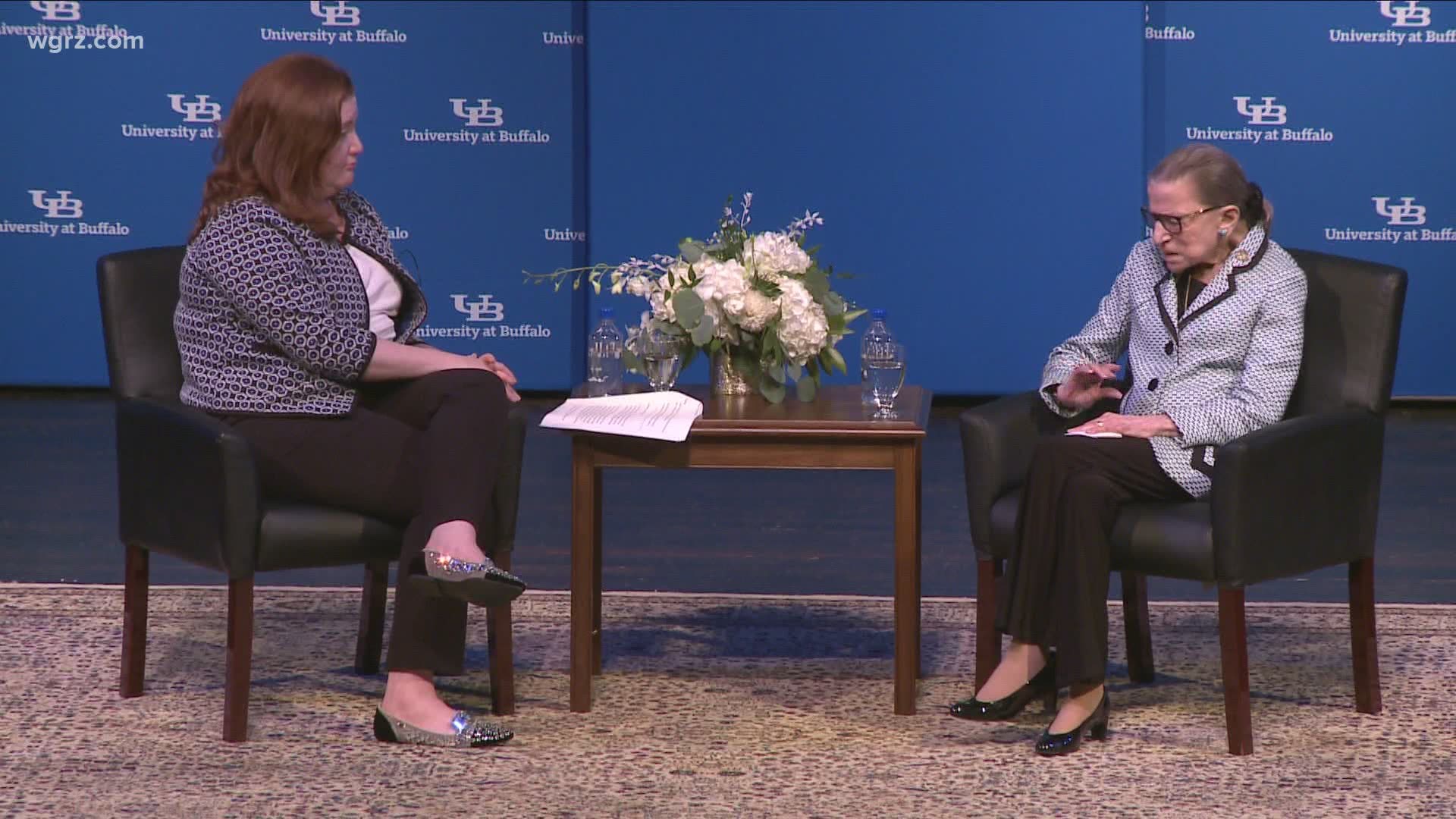 BUFFALO, N.Y. — The passing of Justice Ruth Bader Ginsburg may be felt just a bit more-so locally because she honored a deceased friend's wish that she visit Buffalo and the University at Buffalo campus just last summer.

UB Law School Dean Aviva Abramovsky spoke with 2 On Your Side about greeting and meeting the iconic "RBG," as she was known.

"Having Ruth Bader Ginsburg on the UB campus was a distinct honor," she said. "And by her presence, by giving us so much of her time, she both brought us closer together as a legal community and also made us feel incredibly special."

Abramovsky, who is UB's first woman to serve as the law school dean, said she actually felt some pressure with her on-stage interview with the legendary jurist and role model.

But she also knew that her own proud mother was watching in the audience on that day of August 26, 2019. She was duly honored that the then-86-year-old Justice, who was dealing with a recurrence of cancer, was able to teach and reach students with an actual lesson of a Constitutional law class for students.

That included some "1-L's,"  or first year students who were starting law school that very day. Abramovsky said, "She was accessible to the younger generation. She embraced that, she was thrilled about it. She had a wicked but dry sense of humor." 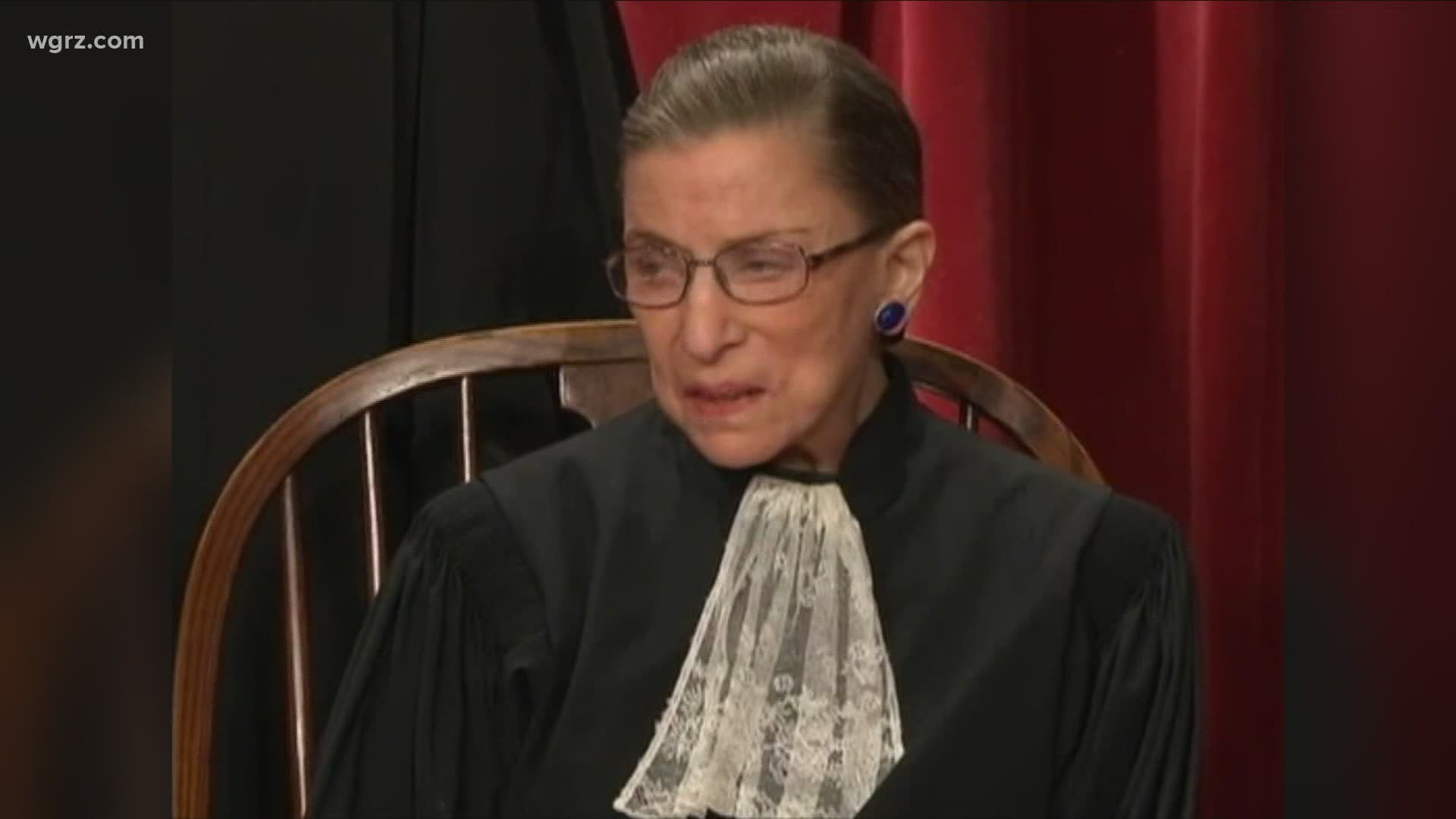 Abramovsky adds that it was part of Ginsburg's legacy in her life as a mother and wife, but also as a litigator, professor, and then jurist as she rose to become the second woman to take a seat on the Supreme Court.

"She articulated not just the rules of law and the reasoning behind her decisions, or the method by which the Supreme Court reaches a determination," Abramovsky said. "But she also continuously framed it in the sense of the way in which it affects real people in our society."

Abramovsky says Justice Ginsburg agreed to come to Buffalo and UB after a request to do so came from her good friend Attorney Wayne Wisbaum of Buffalo.

Unfortunately, Wisbaum passed away himself in December of 2018. But she still decided to visit in his memory, even while she battled cancer.

In an excerpt from her interview with Abramovsky, Justice Ginsburg said, "Judges should be cognizant of how the law affects affects the people that the law was meant to serve."

Abramovsky says she was especially moved as Justice Ginsburg addressed the students in this way: "I will always remember when she turned to the class and said, 'You, the law students here at UB, your privilege by your education is to become leaders in your community.'

"And every single one of those students sat up a little bit straighter, looked around the room, and thought to themselves, 'Ruth Bader Ginsburg thinks that I'm going to be a leader, knows that I have that capacity.' And they'll remember that encouragement for their entire lives." 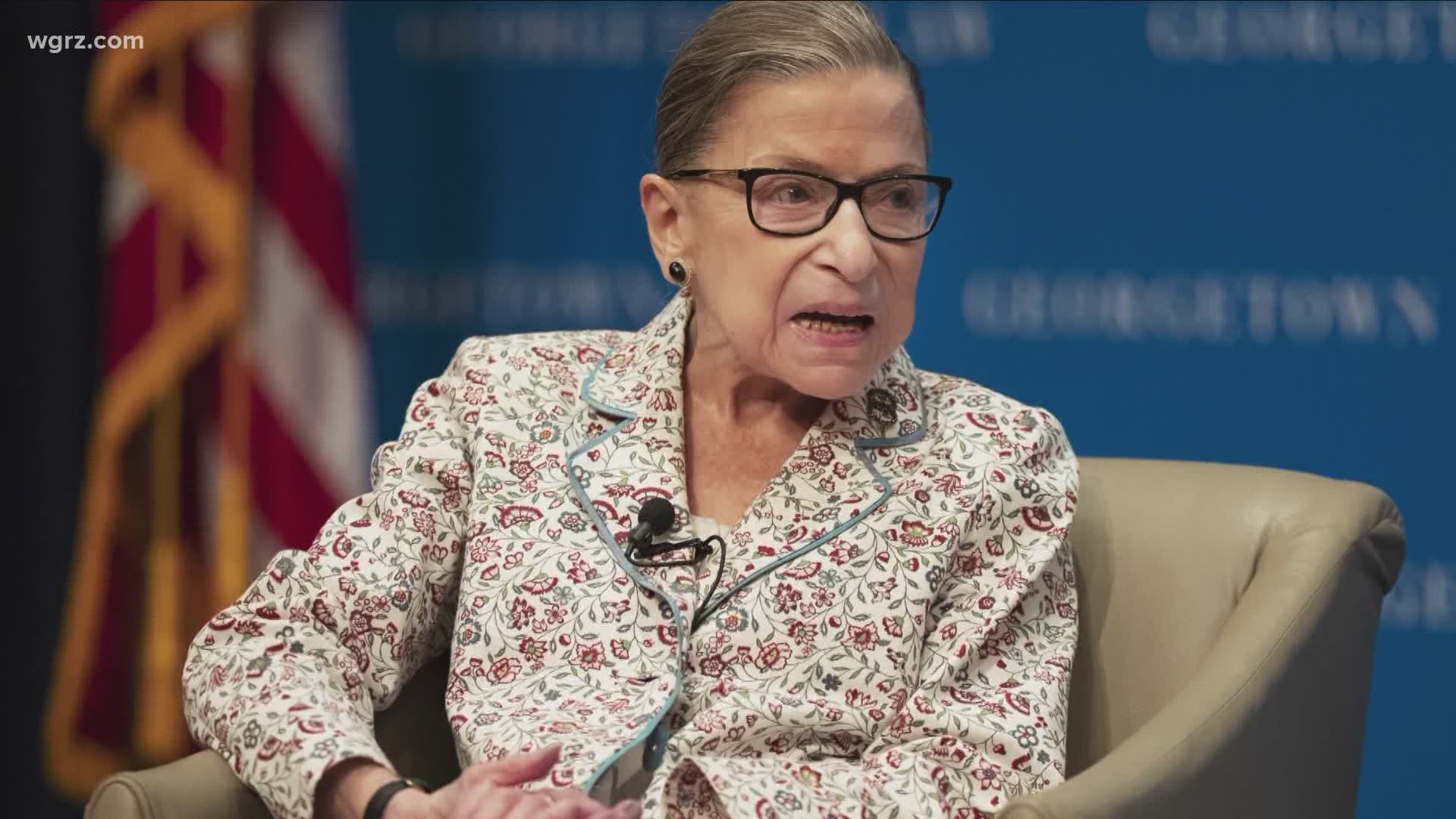