2 brothers born in Batavia are reunited after decades apart

After 60 years apart, two brothers from Western New York are starting a new chapter in their lives, thanks to the help of their family and friends. 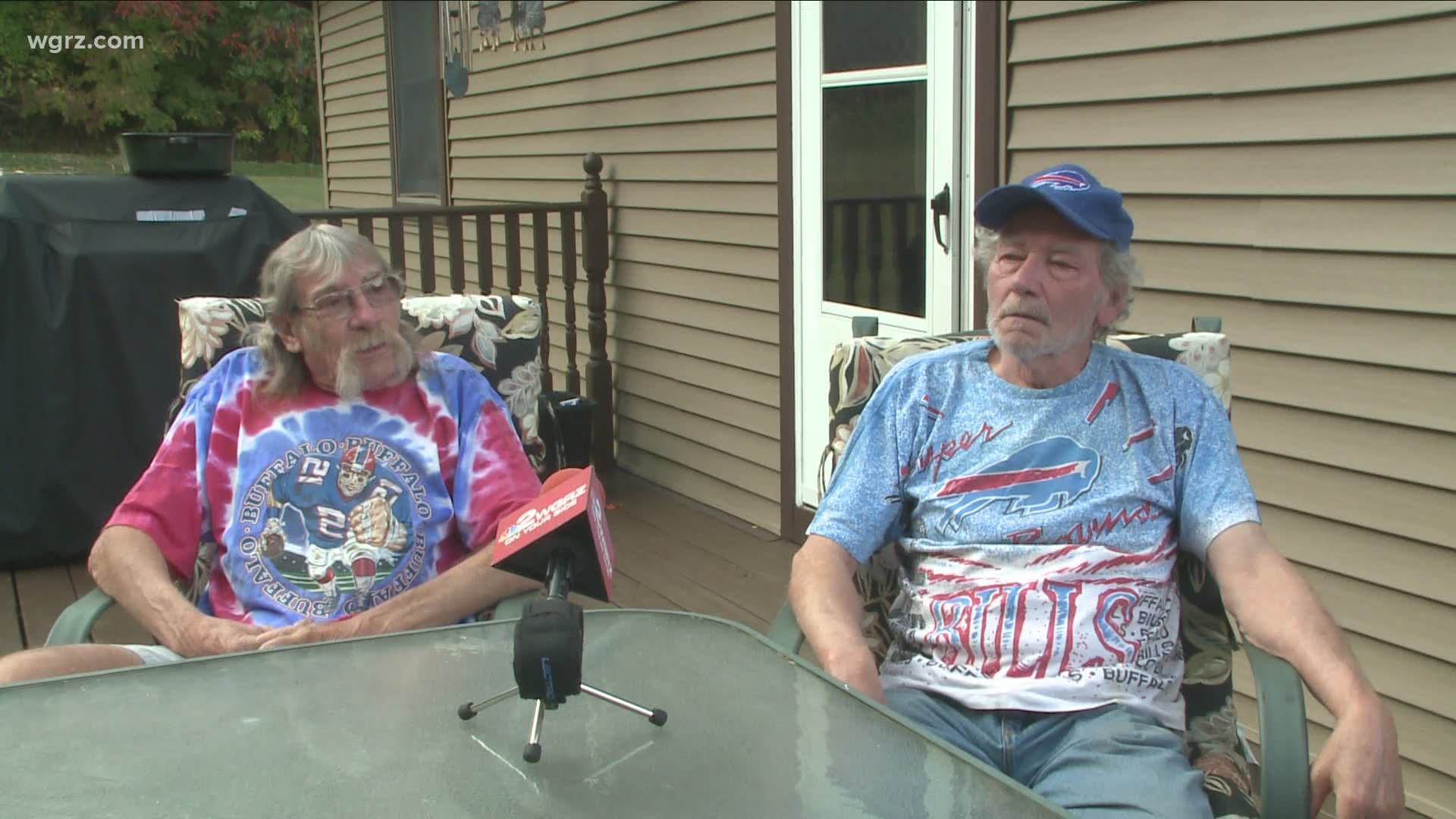 ARCADE, N.Y. — Don Crawford and his biological brother, Bruce DeLude, have been searching for each other for 60 years.

These two brothers were born in Batavia but were unexpectedly separated when they were put up for adoption when they were very young. After spending years together in foster care, this was a split neither of them saw coming.

"I don't think we even knew that they were going to really separate us until they put me in one car, and him in another car, and that was the last I saw of him," Crawford says.

Crawford was 7 years old the last time he saw his older brother Bruce. Today at 67, he is finally getting the opportunity to hug his other half, something he has been waiting decades for.

In front of friends and family, all dressed in Bills gear, these two brothers were finally reunited, and there was not a dry eye to be found.

"I didn't think it was real for a second," DeLude said. "I was in total shock."

It was a reunion neither thought would happen, but both hoped for. After years of searching and countless DNA tests, DeLude's daughter, Heather, took it upon herself to spearhead the search.

"I left three messages for Donald, and the third one he called me, and we made it happen," Heather said.

While these brothers live in different cities today, both agree that nothing could ever come between them anymore.

While there's a lot of time to make up for and new memories to create. This is a day that will always be remembered Don says, as "Christmas in September."

60 yrs...that’s how long these 2 brothers have been looking for each other. FINALLY, after decades of waiting and looking - Don and a Bruce were reunited in Arcade, surrounded by their friends and family. They even dressed alike. Brothers, will be brothers! What a story... @WGRZ pic.twitter.com/svXa0YUmtQ