'I'm still digesting and going through it, but off the top, what I see is just the value of every day is a gift,' Brad Delp said. 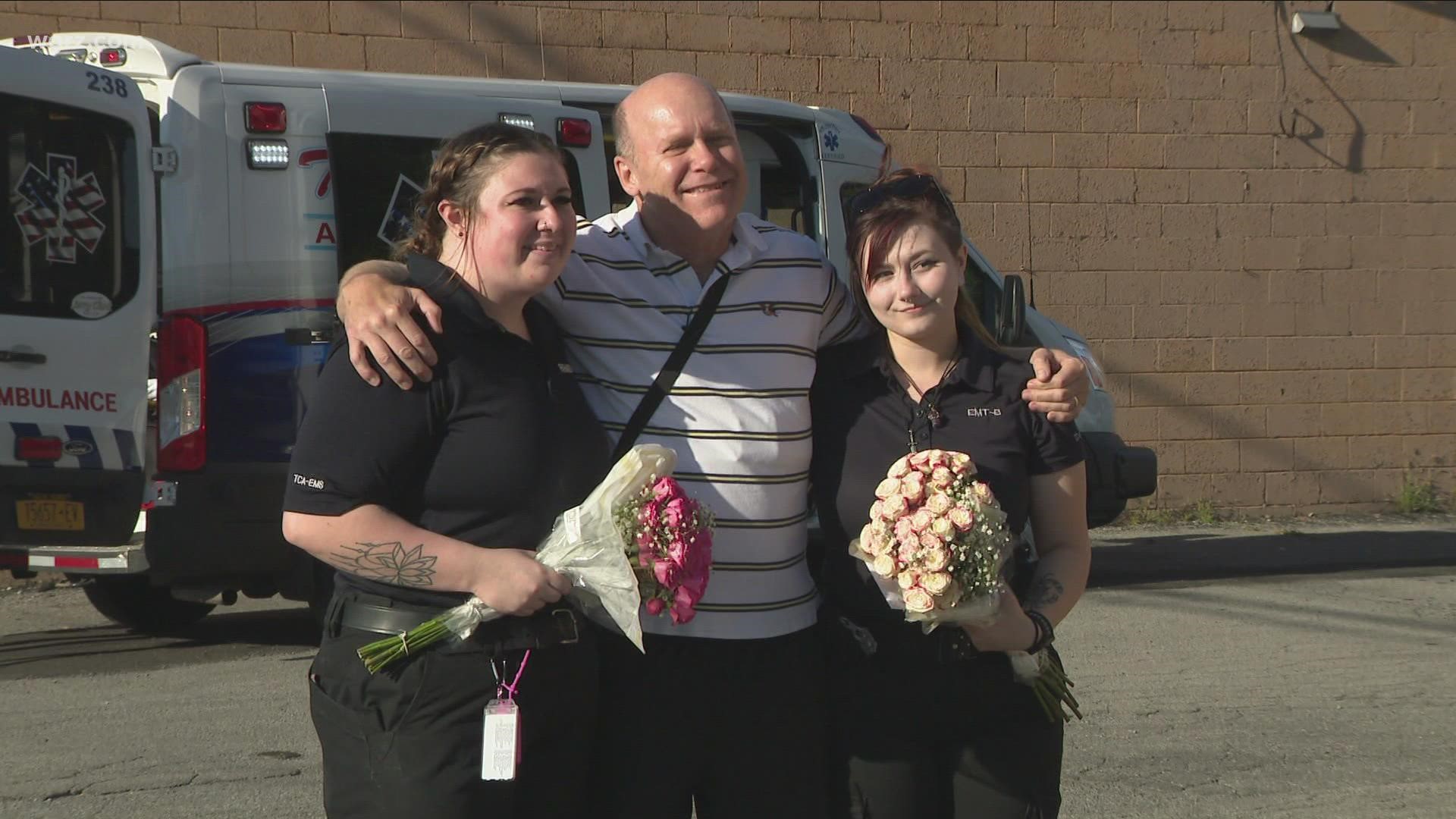 WILLIAMSVILLE, N.Y. — If you're the kind of person who believes in a path to the afterlife it's unlikely you've pictured Maple Road in Williamsville.

But on the morning of August 26, that's right where Brad Delp found himself.

Minutes after leaving Suburban Hospital via ambulance Delp suffered a heart attack, later diagnosed as a near-total blockage to his left anterior descending artery, a "widowmaker."

"They started compressions and I saw his body jolt and I thought wow, I just lost my husband," said Kara Delp.

Brad and Kara were just a day away from celebrating their 38th wedding anniversary, which also happens to be Kara's birthday, and never expected to be rushing to a hospital.

"There really wasn't a lot of warning," Brad said, who describes himself as a fairly active guy. But that morning he was the lucky guy, who had an EMT, Amanda Mitchell, and a paramedic, Ashley Hillock from Twin City Ambulance ready to save his life.

"Well, I was driving," said Mitchell. "And she told me we had to pull over and so I hopped out in the back and started CPR and she started shocking him, what did we shock him twice in the back."

And after a short stay in the hospital, Brad was back and knew he had to say thank you. They found the Twin City "saviors" on Facebook, got in touch with their supervisors, and on Wednesday night, just under a week since their last encounter, the group was reunited.

Plenty of hugs were exchanged and a prayer was offered up. Brad is a pastor who leads a congregation in Cambria.

"We don't usually get to get the outcomes of our patients. Usually we just hear about it if we're lucky, so it's definitely wonderful," said Hillock.

"I'm still digesting and going through it but off the top, what I see is just the value of every day is a gift," Brad said.

But for Kara, the gift of having her husband back was even better.