Guests were treated to a traditional meal with turkey, stuffing, and macaroni and cheese. The food was served by volunteers who arrived in the morning. 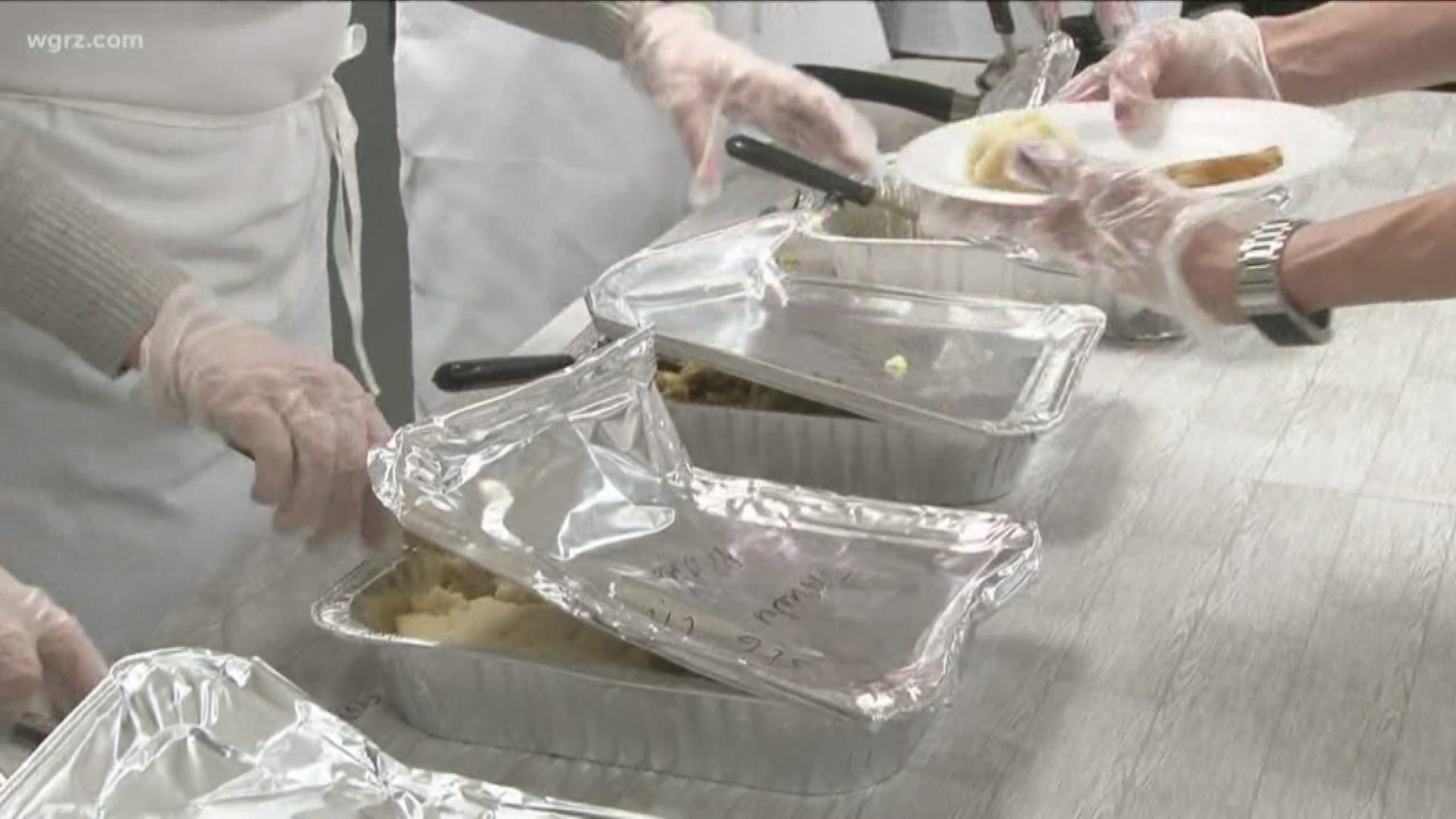 BUFFALO, N.Y. — For the 36th year in a row, the Response to Love Center hosted its Thanksgiving Day dinner to people in the community.

After a week of preparation and a day of setup, the center welcomed hundreds of people from around the city into the center's dining hall for dinner.

Guests were treated to a traditional meal with turkey, stuffing, and macaroni and cheese. The food was served by volunteers who arrived in the morning to lend a hand.

The Response to Love Center received donations, right up until it was time to begin serving. Sister Mary Johnice, who has supervised the dinner for years, says each meal feels like a family affair.

"They're saying, they're so glad to be a part of a family, they belong, and that's what Thanksgiving is about, to give them the joy for the day so that they come together. They're not in their homes but coming to celebrate with one another, and that's what makes it so beautiful," Johnice told 2 On Your Side's Karys Belger.

The meal started ten in the morning. Children who attended were treated to balloon animals from a clown. Some children were also given coats that had been donated to the center.

Sister Mary Johnice has been overseeing Thanksgiving dinner at the Response to Love Center for decades. She says over the years the need has grown but, along with some good neighbors, she always strives to meet it.