“We are over the moon,” said Kimberly LaRussa, public relations manager for Ten Lives Club. 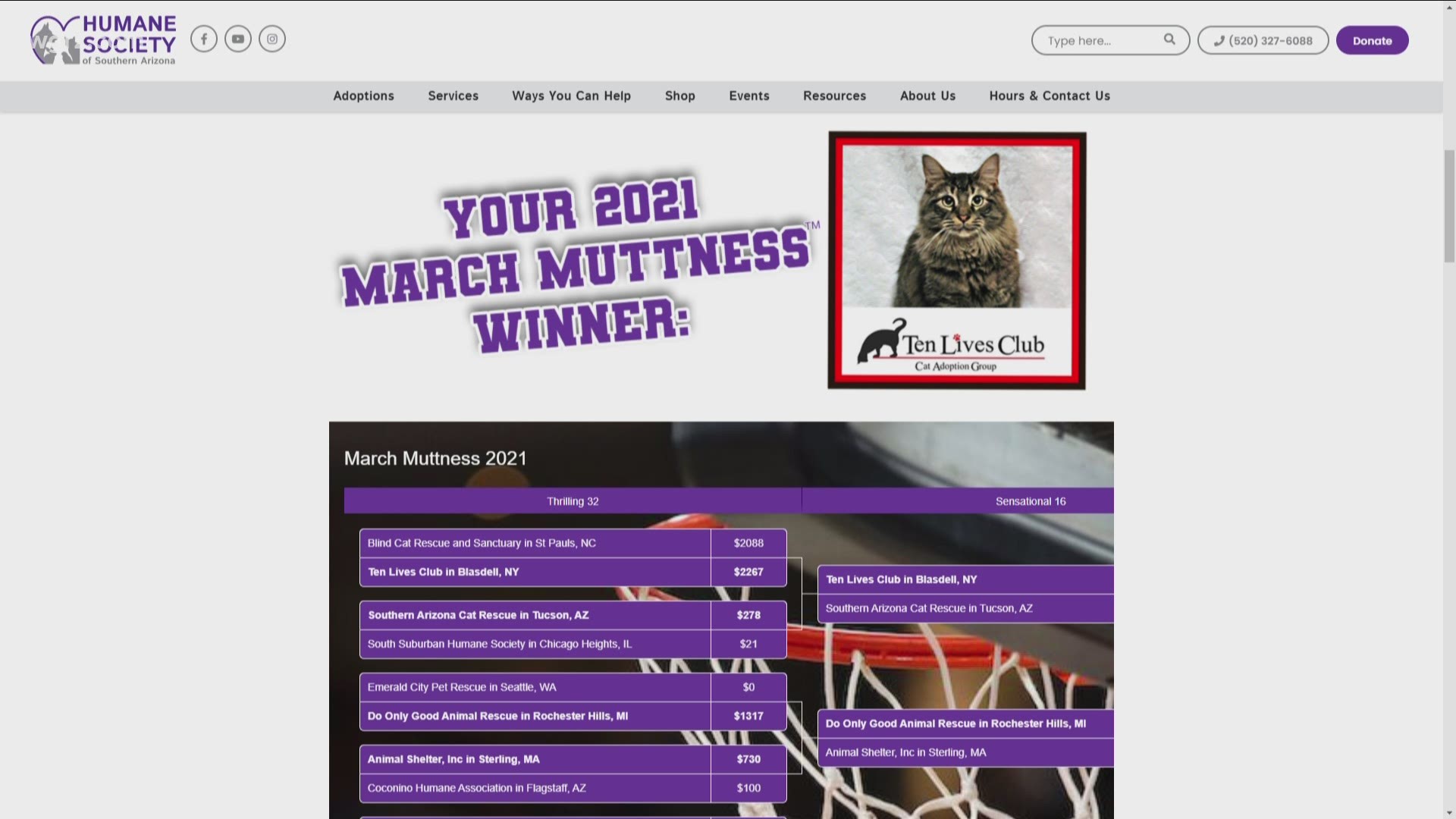 BUFFALO, N.Y. — The Ten Lives Club is getting some national attention after winning a donation competition.

The Ten Lives Club took part in March Muttness, a competition to raise the most donations out of 31 participating shelters. Ten Lives raised over $28,000, winning the competition and the additional $5,000 grand prize from Pacifico Beer.

“We are over the moon,” said Kimberly LaRussa, public relations manager for Ten Lives Club.

“Ten Lives Club is lucky to be right here in Western New York where we always have each other’s backs. We could not have done this without everyone’s support! So many more homeless cats will be helped because of you.”

The Buffalo-area shelter faced off against the fundraiser host, The Humane Society of Southern Arizona, in the championship. Ten Lives was the only shelter in New York State to participate.

Across the nation, $204,000 was raised in total for these shelters. To learn more about the competition, click here.