Customers who ordered from Just Pizza on February 29 and March 1 found a flier on their box tops featuring an adoptable dog. 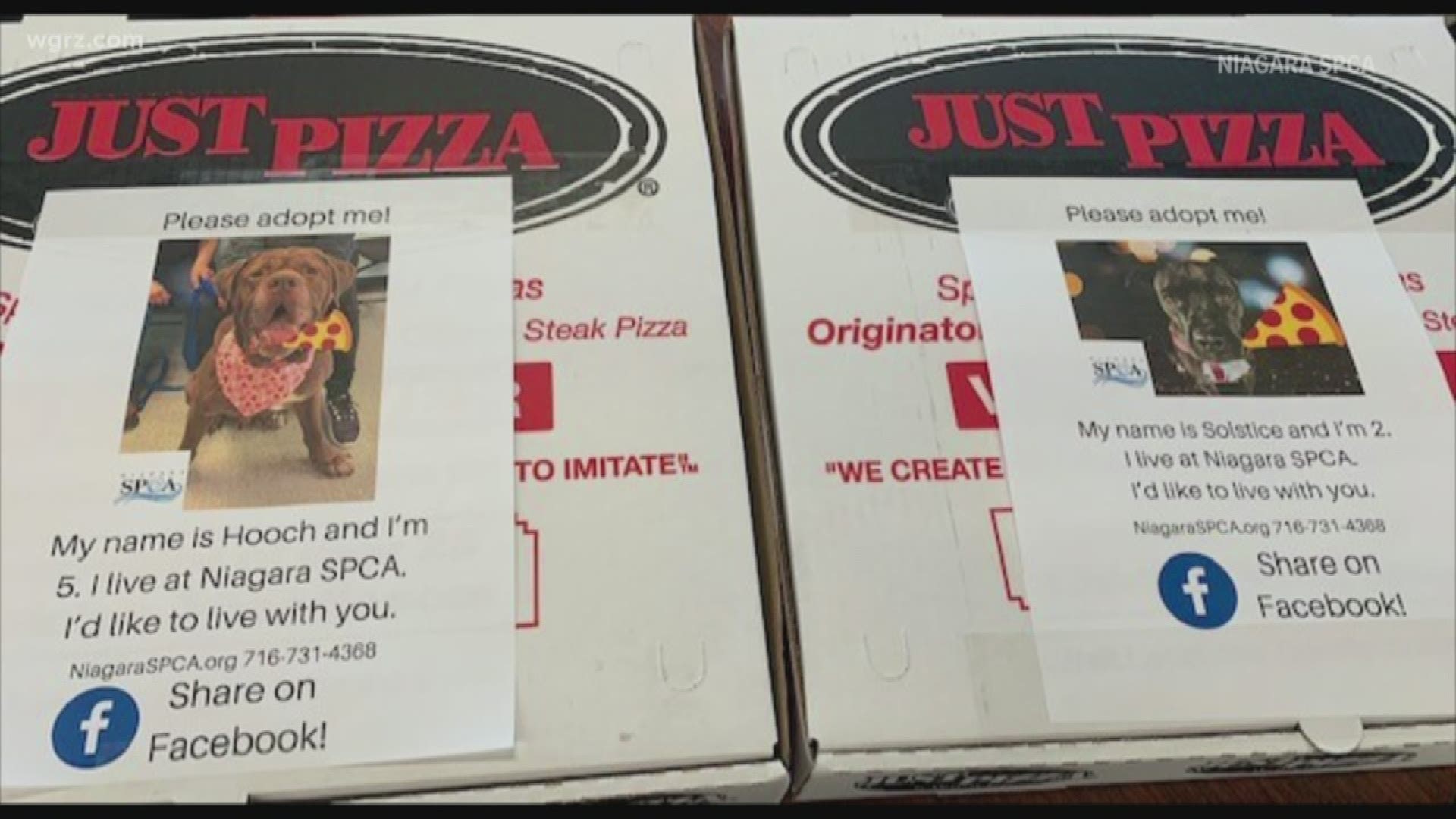 AMHERST, N.Y. — Some of the dogs who were featured on pizza boxes recently in Amherst have found forever homes, according to the Niagara SPCA on Saturday.

Customers who ordered from Just Pizza on February 29 and March 1 found a flier on their box tops featuring an adoptable dog.

The Niagara SPCA and Just Pizza, located at 2319 Niagara Falls Boulevard in Amherst, encouraged people to share their boxes on social media last weekend. The thought was that it would help spur people who had been thinking about adoption to take action.

The Niagara SPCA didn't stop at pizza boxes. It has since graduated to T-shirts and sweatshirts.

The shirts have a picture of a dog eating a slice of pizza, and it says "Pizza and Pups."

The T-shirts are about $25, and the hoodies are around $35. You can find the link on Niagara SPCA's website.

“We are always looking for ways that our business can give back, so when Niagara SPCA approached us about advertising their shelter dogs on our pizza boxes, it was a no-brainer,” Mary Alloy, owner of Just Pizza in Amherst, said in a statement last week before the promotion began.