Microchip Musts: What vets say you should do to keep your dogs safe 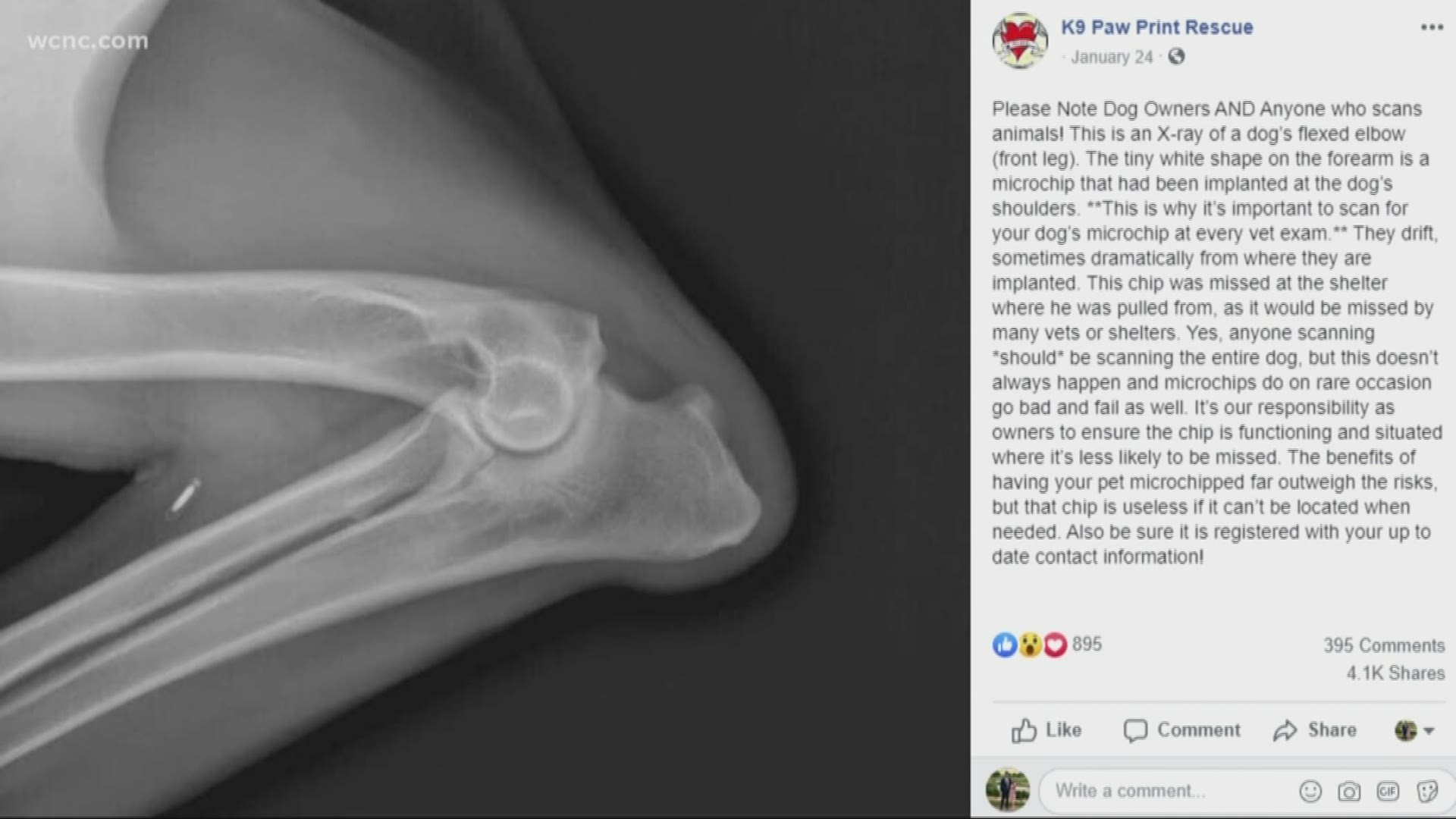 CHARLOTTE, N.C. — An x-ray shared by an animal rescue organization shows a dog’s microchip far away from where it was originally implanted. The x-ray shows a dog’s front leg where the microchip ended up after it was implanted in the back.

The rescue organization says the chip was missed by the shelter.

“That is a risk you’re running when you microchip your dog, but I’d argue that there’s no better thing to do,” Owner of Queen City Animal Hospital Dr. Jay Hreiz said.

K9 Paw Print Rescue in California originally posted the x-ray on Facebook as a PSA.

“Looking at the x-ray I thought, ‘probably pretty uncommon that we would see something like that.’” Dr. Hreiz said.

It’s rare, but not unheard of. According to a study in the United Kingdom, one in 10,000 pets experience true microchip migration. Ideally, a shelter or vet would be able to find the chip even if it moved.

“We teach our staff here to scan a dog in multiple spots for a microchip, including around the extremities,” Dr. Hreiz said.

The caption on the post reminds owners it’s important to have your pet scanned for its chip at every vet exam.

The more common microchip misstep happens when pet owners don’t register the chip initially, or forget to update their information.

“You need to change your address if you move, or you end up having a dog go somewhere else, make sure you update the records to reflect that,” Dr. Hreiz said.

If your pet has a microchip you can also register it with CMPD Animal Care and Control. All of their officers have scanners in their vehicles, and if they can locate the owner your lost pet could be returned home without ever having to go to the shelter.